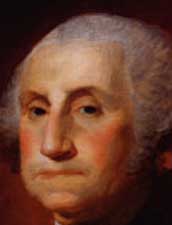 Alpha and Omega -- It all Began and Ends Here

This afternoon I attended a party in the large Community Center at Fort Hamilton - just down the block. Fort Hamilton goes to the Masonic Program - July 4, 1776 - Masonic symbolism in the Eye - etc. "On July 4, 1776, a small American battery on the site of today's Fort Hamilton fired on one of the British men-of-war convoying troops to suppress the American Revolution."

During the party, I was greeted by friends I have known for 40 years - we did the math - most of whom I had not seen for 25 years. It was a great reunion and so much fun - many hugs! Even my deceased ex-husband Ralph showed up as these were his friends and co-workers. Ralph had also served in the military when he was in his early twenties.

On this day, I felt I was there to 'entertain the troops' ... those who had crossed over, that is. I felt like Melinda on Ghost Whisperer, which is not the norm for me.

As I sat with friends and mingled with others, I saw the spirits of soldiers from many different wars, who had been stationed at Fort Hamilton, particularly during the American Revolution and the current war in Iraq.

Later, as I was leaving, a soldier from the American Revolution came up to me, riveting my attention to the showcase in the entranceway of the Community Center. Displayed were tiny figures of heroic soldiers of long ago. He pointed out his likeness during the American Revolution. Something stirred in my soul ... a connection to the Masonic Program.

He was acknowledging the biggest military secret of all - the truth about the Masonic Program, alpha and omega coming full circle now, and my placement in the program to that end.

I thought of Sarah and Alexander, July 4th and 2012, but said nothing, just smiled knowingly.

One would have thought these soul projections would have crossed over long ago, but spirits can get stuck in the program, or linger till the end. All transcends time and the illusion when the program shuts down. Never forget, it is all a consciousness experience in time and emotion.

At a table not far from where my friends and I sat, the Red Hat Society was having a Christmas Party. I remembered blogging about the organization years ago. I was drawn to walk over to their table, which led to a conversation about who I am, who they are, what I do, what they do as a group. Lots of laughs and fun as they asked me to join them for a while. They all took my business cards and asked about having a reading, a party, or whatever, as they are all local. It's interesting to note that the ladies wear red hats with purple tops, except on their birthday month, when they reverse the colors. 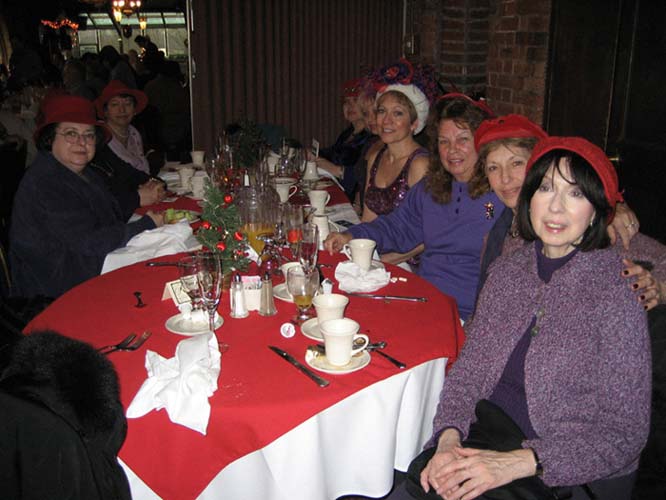 From Red Coats to Red Hats ... I salute you! 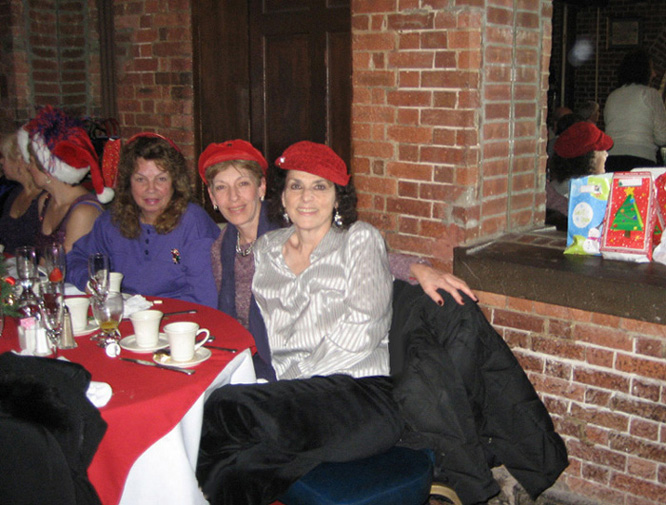 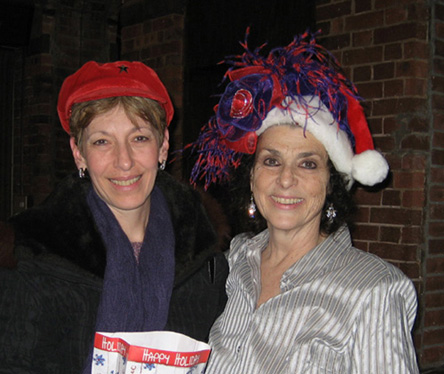 This hat is me ... Though I'm not joining the group, I loved the ladies!

Happy Holidays to all the Red Hat readers out there ... you too, Santa!