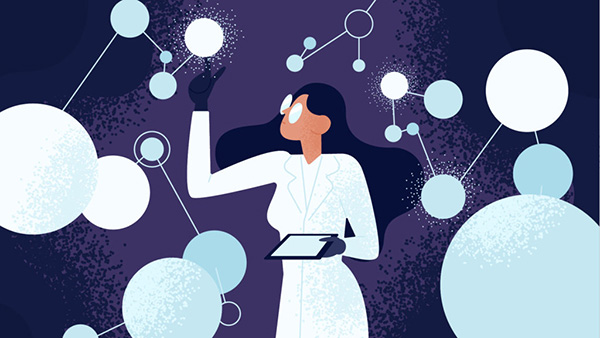 
The Power of Women

The Gendered History of Human Computers - It's ironic that women today must fight for equality in Silicon Valley. After all, their math skills helped launch the digital age   Smithsonian - May 26, 2019
Tracy Chou is a 31-year-old programmer - and an absolute rock star, as her former boss Ben Silbermann, the CEO and co-founder of Pinterest, once gushed to me. She's a veteran of some of Silicon Valley's biggest names. She interned at Google and Facebook, then was an early hire at the question-answering site Quora, where she coded key early features, like its ranking algorithm and its weekly emailer software. At Pinterest, she helped overhaul the entire code base, making the service speedier and more reliable. These days, sheŐs the founder of Block Party, a start-up making tools to help social-media users deal with harassment. Yet for all her street cred, Chou still finds herself grappling with one of the biggest problems in the industry: Female programmers are regarded skeptically, and sometimes even treated with flat-out hostility.


Where is abortion legal? Everywhere. But ...   USA Today - May 16, 2019
Forty-three states prohibit abortion after a certain point in the pregnancy, including Alabama's near-total ban and 4 that passed heartbeat bills in 2019.Seventeen states ban abortion at viability, meaning that the pregnancy has reached the point that the fetus could survive after delivery (Arizona, California, Connecticut, Delaware*, Hawaii, Idaho, Illinois, Maine, Maryland*, Michigan*, Minnesota, Missouri, Montana*, Tennessee*, Utah*, Washington and Wyoming). Of those states, six make exceptions for either life endangerment/threat to the woman's health, rape/incest or fetal abnormality. Six states ban after 24 weeks (Florida, Massachusetts, Nevada, New York*, Pennsylvania*, Rhode Island*) and Virginia after 25 weeks.


Roe v. Wade, 410 U.S. 113 (1973), was a landmark decision of the U.S. Supreme Court in which the Court ruled that the Due Process Clause of the Fourteenth Amendment to the U.S. Constitution provides a fundamental "right to privacy" that protects a pregnant woman's liberty to choose whether or not to have an abortion. However, it ruled that this right is not absolute, and must be balanced against the government's interests in protecting women's health and protecting prenatal life. The Court resolved this balancing test by tying state regulation of abortion to the three trimesters of pregnancy: the Court ruled that during the first trimester, governments could not prohibit abortions at all; during the second trimester, governments could require reasonable health regulations; during the third trimester, abortions could be prohibited entirely so long as the laws contained exceptions for cases when abortion was necessary to save the life of the mother.Because the Court classified the right to choose to have an abortion as "fundamental", the decision required courts to evaluate challenged abortion laws under the "strict scrutiny" standard, the highest level of judicial review in the United States.

In disallowing many state and federal restrictions on abortion in the United States, Roe v. Wade prompted a national debate that continues today about issues including whether, and to what extent, abortion should be legal, who should decide the legality of abortion, what methods the Supreme Court should use in constitutional adjudication, and what the role should be of religious and moral views in the political sphere. Roe v. Wade reshaped national politics, dividing much of the United States into pro-life and pro-choice camps, while activating grassroots movements on both sides. Roe was criticized by some in the legal community, with the decision being seen as a form of judicial activism.

In a 1973 article in the Yale Law Journal, the American legal scholar John Hart Ely criticized Roe as a decision that "is not constitutional law and gives almost no sense of an obligation to try to be." The American constitutional lawyer Laurence Tribe had similar thoughts: "One of the most curious things about Roe is that, behind its own verbal smokescreen, the substantive judgment on which it rests is nowhere to be found."

In 1992, the Supreme Court revisited and modified its legal rulings in Roe in the case of Planned Parenthood v. Casey. In Casey, the Court reaffirmed Roe's holding that a woman's right to abort a nonviable fetus is constitutionally protected, but abandoned Roe's trimester framework in favor of a standard based on fetal viability, and overruled Roe's requirement that government regulations on abortion be subjected to the strict scrutiny standard. The Roe decision defined "viable" as "potentially able to live outside the mother's womb, albeit with artificial aid." Justices in Casey acknowledged that viability may occur at 23 or 24 weeks, or sometimes even earlier, in light of medical advances.


Barbara York Main, Australia's spider woman and Wheatbelt advocate, author and poet dies   ABC - May 23, 2019
Barbara York Main devoted her life to studying spiders and the Western Australian bush.There are moments in life when your path pivots. A toe firmly plants into the sandy earth and your direction changes. One of those moments happened to a small child named Barbara in the 1930s, in the West Australian Wheatbelt to the east of Perth. In the uncleared bushland surrounding the homestead where she lived with her parents and brothers, six-year-old Barbara noticed the holes in the ground made by trapdoor spiders.


More than 8,500 women have joined the 500 Women Scientists database   STAT - April 23, 2019
ince the grassroots organization launched its searchable database of women scientists in January 2018, more than 8,500 researchers across the globe have shared their information so that journalists, conference organizers, and teachers can tap into their expertise. From ŇmanelsÓ to meetings with an abundance of Michaels, the leaders of 500 Women Scientists say the need for their database is clear. And now, they have data to demonstrate its impact. In a new paper published Tuesday in the journal PLOS Biology, the researchers behind 500 Women Scientists report that their platform has been accessed more than 100,000 times. And among 1,200 participants surveyed about their experience, 11 percent said they had been contacted as a result of the database for media interviews, peer review, panels, and other opportunities. 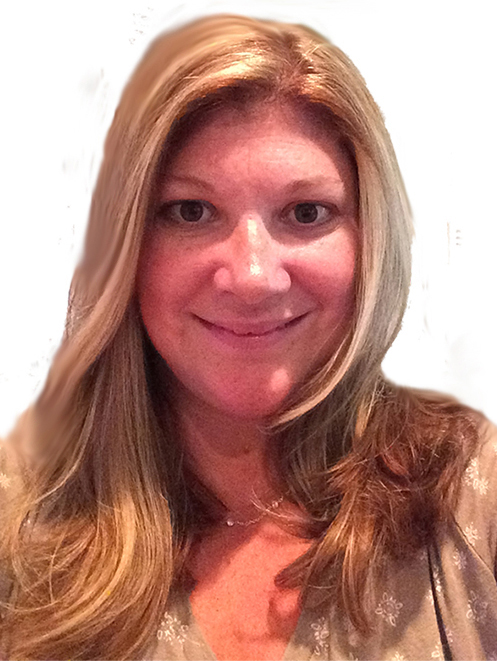 My daughter Zsia is on the left 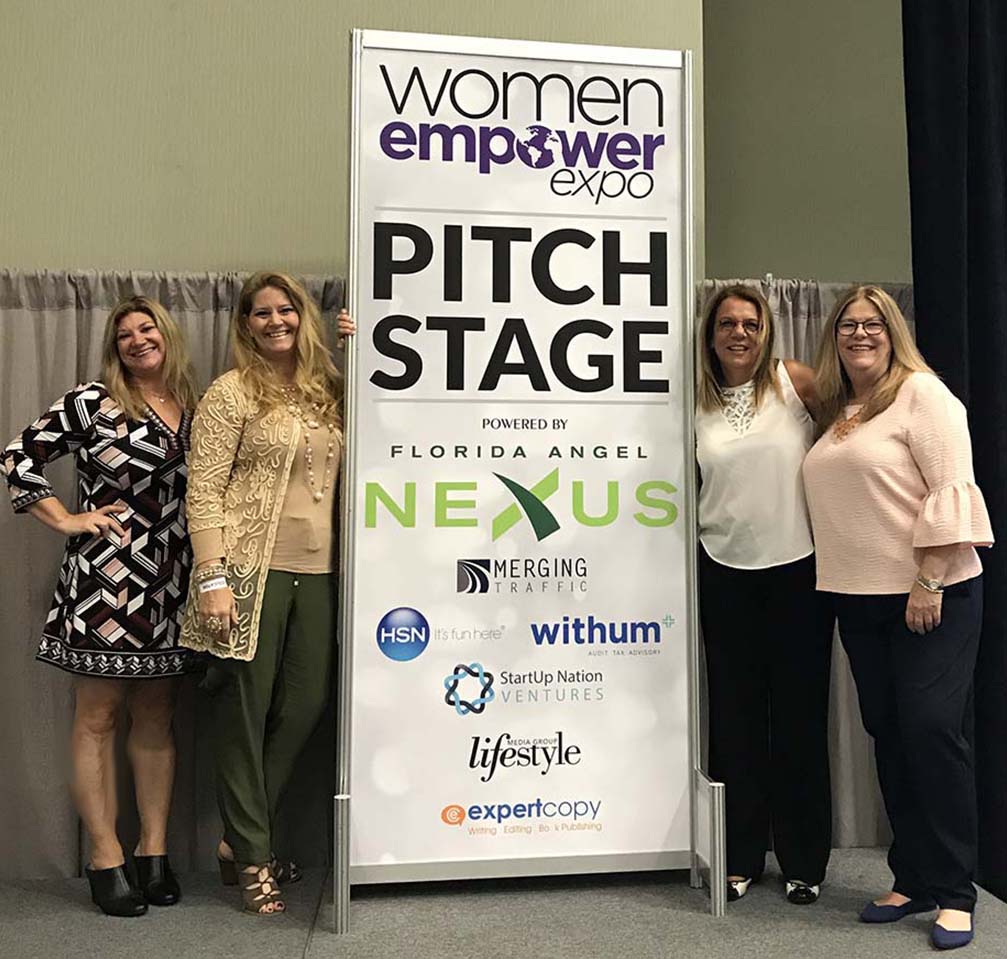 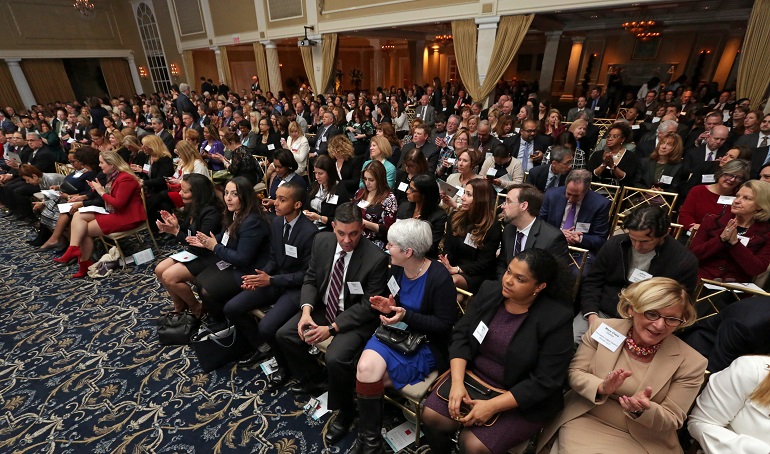 My daughter Zsia Rosmarin was one of NJBIZ Best 50 Women in Business Awards Winners at the Palace at Somerset Park   NJBZ - February 8, 2019
The annual event, one of NJBIZ's most popular, recognizes leading women shaping their organizations, industries and the economic landscape of the Garden State. Following an open nomination process, winners were chosen by a panel of independent judges based upon their professional success, community involvement and advocacy for women.