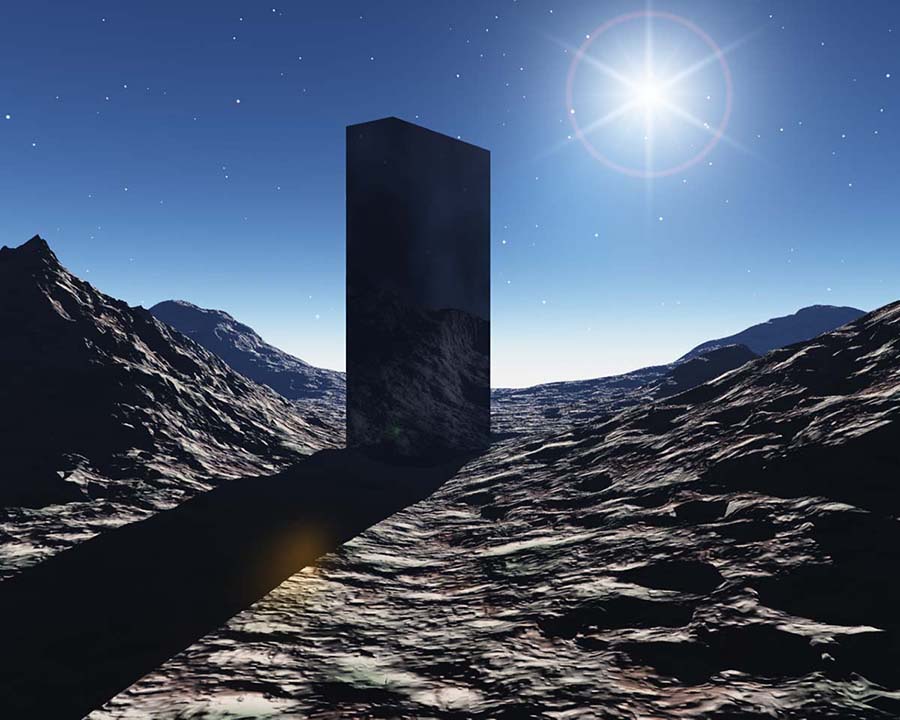 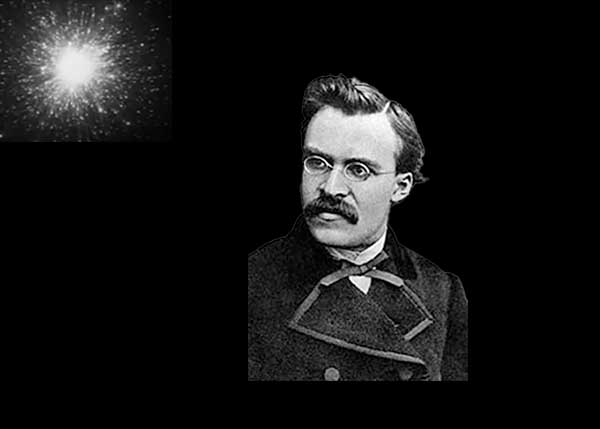 One must have chaos inside oneself to give birth to a dancing star. 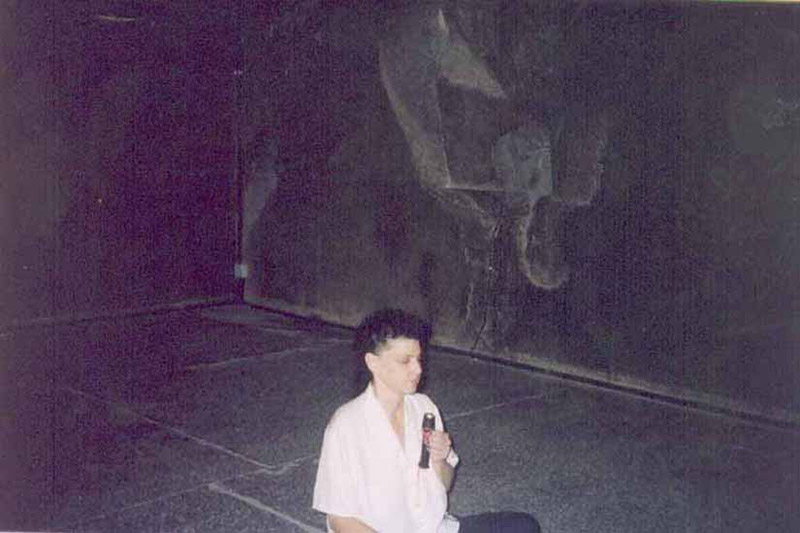 
1.1.01 - Zarathustra told me that something would happen that would change the destiny of reality forever
a new monolith or insert would light the way for the closure of the Simulation. 9 months later 9/11 happened. 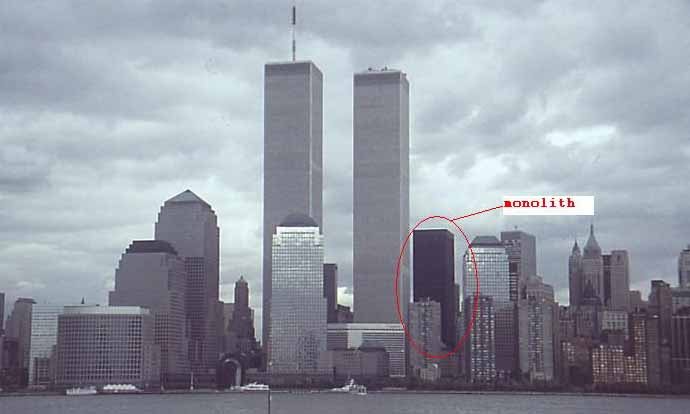 In the film series, the Monoliths are black ebon and transparent oblong slabs, fitting exactly into the ratio 1:4:9 (9 height, 4 width and 1 depth). They form part of a Solar-System-wide computer network planted by an alien civilization to monitor an experiment which culminated in humanity. The eclipse represents the eclipse of consciousness in the alchemy of time. 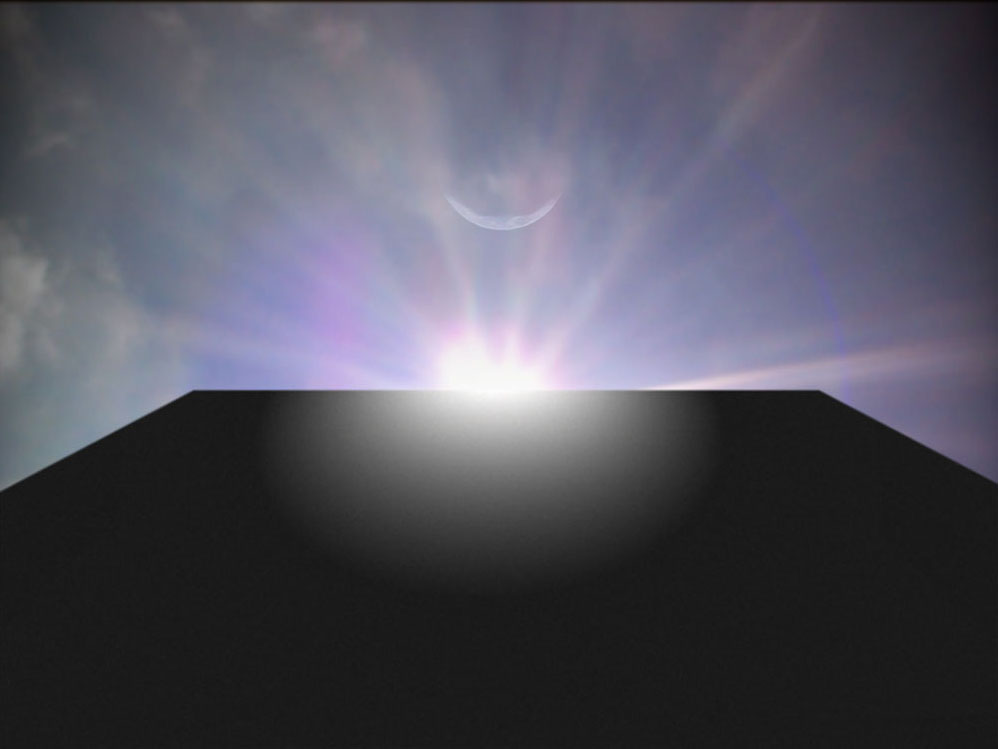 "2001: A Space Odyssey" is a landmark, science fiction, classic, epic film containing more spectacular imagery than verbal dialogue. It impacts on the viewer and taps into subconscious memories of creation. Though it shows human evolving from ape, the missing link of that evolution is left open. The plot follows a spaceship that crosses the universe, searching for the source of life itself. A link is made to a creational intelligence perhaps linked to human evolution. 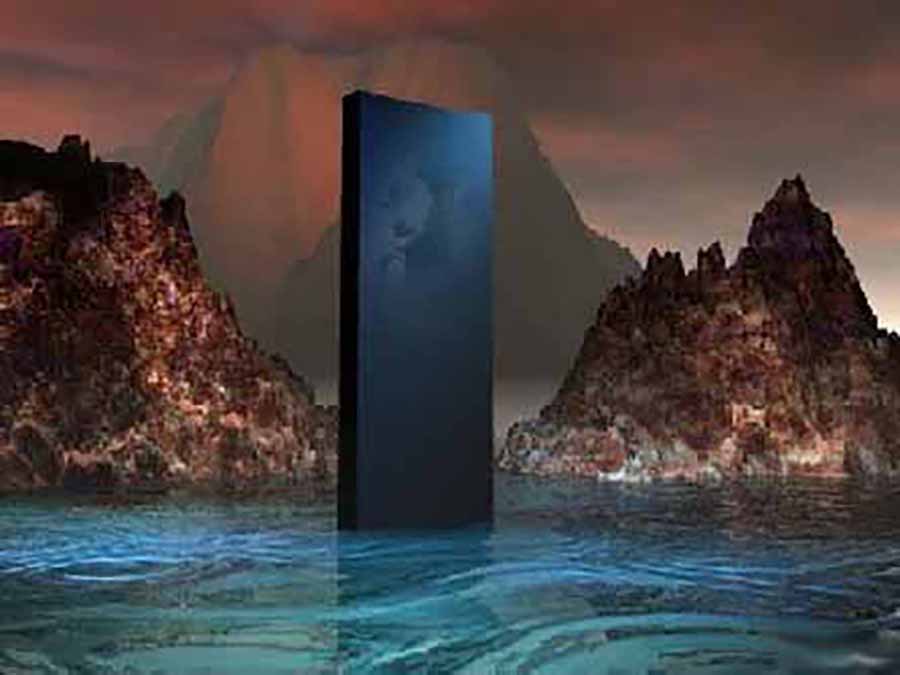 As with all of the themes the story is based strongly on myths and metaphors for viewers to decipher in decades that would follow. The movie was deliberately filmed at a slow pace and has less than 40 minutes of dialogue. It is meditative and seeks to expand our consciousness.

The opening trinitarian chords [C, G, and again C] of Richard Strauss' "Thus Spake Zarathustra "accompany and welcome a striking shot of orbital and visual alignment. This music was inspired by the book of the same name. Its five opening notes embody the ascension of man into spheres reserved for the gods. It projects the power of creation and Zarathrustra. The music is associated in the film with the first entry of man's consciousness into the universe, and with the eventual passage of that consciousness onto a new level, symbolized by the Star Child at the end of the film.

Wide eyed, it turns to the viewing audience, and to the
triumphant tones of "Thus Spoke Zarathrustra," the film ends.
There is no explanation, the film just ends, as does our space odyssey.