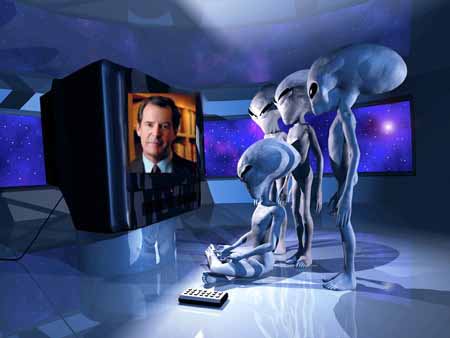 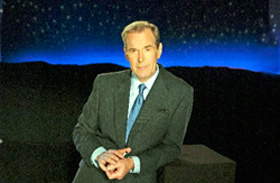 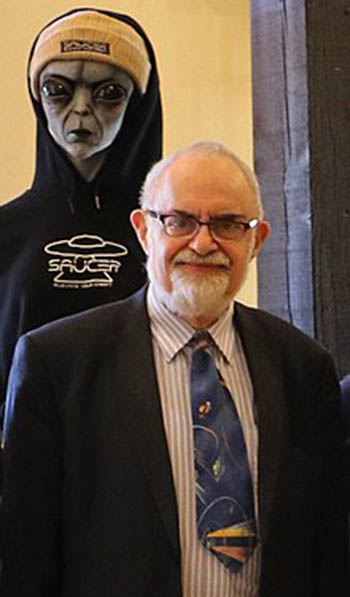 "UFOs, Seeing Is Believing" was well presented and a walk down memory lane for us old UFO investigators. Lots of familiar faces including Stanton Friedman - (I met him in 1989 at the famous MUFON Congress in Las Vegas) who opened the door to Roswell among others I have met and interviewed along the way. We heard believable accounts of sightings and abductions, countered by scientific explanations of events by witnesses and experiencers. 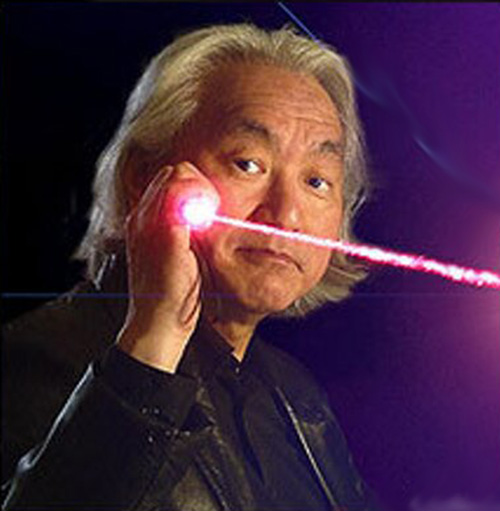 Featured was the work of Dr. Michio Kaku a professor in theoretical physics at City University of New York, author of "Hyperspace" and "Parallel Worlds". He reminded me of my character Niachi in Sarah and Alexander.

Jennings did not try to prove or debunk the existence of U.F.O.'s. Instead, he handled Ufology, as he refers to it, like a religion whose followers are numerous and steadfast enough to merit respectful treatment.

The documentary showcased J. Allen Hynek, an astrophysicist and a consultant for an Air Force project, Project Blue Book, created in 1952 to assess U.F.O. reports. Early on, he dismissed witnesses as crackpots. He later repented and went on to found the Center for U.F.O. Studies in Illinois. He was one of the first scientists to give the study an aura of respectability. Dr. Hynek came up with the phrase "close encounters of the third kind," which Steven Spielberg used for his film title.

The history of U.F.O. sightings was interspersed with contemporary accounts by alleged witnesses: housewives, pilots and truck drivers who do not look or sound dysfunctional and who matter-of-factly describe what they saw which turned them into believers. A well-known incident was reported over Phoenix in 1997, when hundreds of people said they saw strange lights overhead that did not resemble an airplane or a helicopter. One man videotaped some of what he saw: a row of lights in the sky that he said were atop some kind of spaceship. The tape is not very distinct, however. Mostly, ABC used animation to recreate what the witnesses say they saw. Lights are lights, but bring on the real ET's.

There are several conclusions one can draw after seeing the special:

Again we have the scales of balance -- Objective (irrefutable scientific evidence) vs. Subjective theory and speculation (eyewitness accounts)

In conclusion, Peter Jennings states, "The Golden Nugget of Ufology, that will make the Ufologists' positions incontrovertible and elevate Ufology to something more than a shadow of mainstream science, something both scientists and believers dream of, is the contact experience."

This is what I have been saying for years. Lights and objects in the sky, sightings, testimonials of personal experiences, and so on, cannot be discounted, but what I seek is direct physical contact with information given to more than one witnesses, hopefully videotaped. True, I have had 2 personal and totally unrelated encounters, 1954 in the Nevada Desert and 2003 in Brooklyn, but I want current proof. The destiny I was shown in 1954 has come to pass and still continues. The UFO triangular fly-by in 2003, taught me nothing, and went unreported except in my archives.

Is this all part of an alien agenda, positive or negative? Thousands believe it is and await the day all is revealed/revelation.

Of course you must never forget the rapid and often unexplained advances in science and technology after 1947. But more important than that is the fact that this is all projected illusion, a new insert linked to the WWII program alien technologies, time travel projects, and all. The true agenda is about moving beyond this realm of conscious understanding, through a portal of the mind, and into total awareness. It is what all of our souls seek and propels our alien quest as starseeds.

With increased global sightings of UFO's, extraterrestrial or government, it would be awesome to find out something that has been gossiped about for decades and is part of the global consciousness grid. Yet no matter what is said, the hidden agenda, the truth behind the deceptions, is never going to be revealed by the governments of the world. This is just another step in the process of disseminating information to placate the curious. If the government did come forward, would they tell us about a hidden alien agenda? Not likely! That is not part of Bush's agenda in the program.

For some souls, 'the roads taken' link with aliens, the abduction scenario, and the conspiracy insert about government cover-ups. I have learned to never question what people believe is their personal truth and involvement in the 'alien game', as in the projections of illusion, anything is possible and all is probable.

Human consciousness has existed in the Dark Ages about anything relevant concerning our creation and creators. It has been indoctrinated to believe in false gods and alien scenarios, which I see as manipulation and 'busy work'. People are programmed to search for truth in all paradigms of existence, anticipating final disclosure. Until then, the answers remain 'in plain sight.'

There have always been those who have believed there is a connection between UFO's and Earth changes. Some report that aliens try to prevent catastrophe, while others say they cause them.

One witness reported, "I am a 16 year old high school student and I was witness to a sighting that appeared on ABC News on Feb. 2, 2005 at 3:00 p.m. I looked out my window and I saw what looked like vertical lines in the grayish blue clouds with lines that were almost gold. Then one by one more rips appeared. One was headed towards the Verrazano Bridge. There were two orbs near the bridge and one of the 'lines' went from vertical to horizontal, and became fireballs, almost like a comet. The jet-trail disappeared, almost like a comet. The one by the bridge slowly moved, and the two spheres disappeared, and that one line kind of just drifted, but eventually it went out of my line of sight."

From Harold's point of view: "The bridge is less than a mile from my home. I have seen at least three UFOs in the vicinity of the bridge, not to be confused with the frequent airplanes that fly over the bridge on their approach to Newark Airport and the helicopters. I have also heard both first firsthand and secondhand reports from witnesses of UFOs witnessed here. If the high school student reported this to the local newspaper, where I worked as a staff reporter for two decades, the paper would have dismissed the report as unnewsworthy."

The last time ABC News examined the UFO phenomena in depth was in a special Ted Koppel Nightline report in 1987, the 40th anniversary of the modern UFO era. CBS News did a special program, hosted by Walter Cronkite, in the late 1960s, debunking UFOs. There were also two major UFO documentaries in the 1970s such as "UFOs: Past and Present." There was also "The UFO Incident" in late 1975, a TV movie dramatization of the Betty and Barney Hill close encounter of Sept. 19, 1961 starring James Earle Jones and Estelle Parsons as the Hills, and Barnard Hughes as Dr. Benjamin Simon.

"Nova," the PBS science program, did a special on UFO reports, "The Case for UFOs," a decade ago, and pretty much derided them. NBC-TV broadcast an open-minded two hour prime time special in early 1999 called "Confirmation," based on the concepts in Whitley Strieber's book of the same title.

And, of course, other specials have aired many times over the decades, most on the Discovery Channel. "Unsolved Mysteries," "Encounters," "Sightings" and many talk shows have featured UFO material in various degrees of excellent to sloppy treatment. The remarkable, and often forgotten, NBC-TV series "Project UFO" by producer Jack Webb (of "Dragnet" fame) in the late 1970s did a rather outstanding job of dramatizing many UFO reports from the U.S. Air Force's Project Bluebook.

Most relevant is the Disney Corporation's stealth airing of "Alien Encounters: The New Tomorrowland," a one-hour "Disney Special" supportive UFO documentary, hosted by actor Robert Urich, broadcast in a few TV outlets at odd hours in early 1995 to promote its new exhibit and ride at Disney World in Florida. In New York City it was broadcast on Channel 11 at around 6:00 on a Saturday morning. The Disney Corp. now owns the American Broadcast Company.

Synchronicities between Harold and Ellie