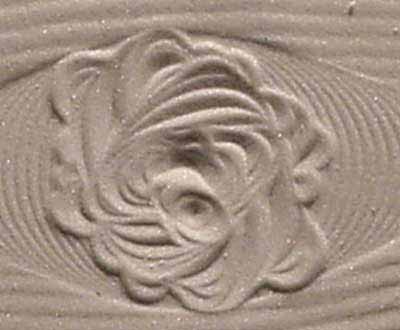 On a gorgeous day in NY, I spent today outdoors. It wasn't much of a day to sit at a computer.

If you're into Nature as your Spirit Guide this was the day to experience Her in all her glory and be the observer in the sands of time.

The Observer is often a newspaper, bringing information. Sometimes being the observer references the way we learn and move through life, practical experience vs. textbook studies.

Moving 'out of the (sand)box', we find observers, or watchers, who monitor events in the program as it progresses to completion. One could also view aliens, spirit guides, deceased loved ones, and other ethereal entities as observers. Reality goes to observation and categorization so the brain can view, process and learn virtually. Pay attention to how you function to this end with events past, present and in the future.

Some of us like to observe people -- their habits, patterns, who they choose to spend their time with, etc. Again this all goes to the brain viewing reality as projections based on patterns and logged information.

As for me, I know the patterns of human behavior, from body language, to appearance, to the way people carry themselves, the pace of their walk, to that distant look one observes while passing another deep in thought or emotionally trouble.

I suppose if you live in a small community, where you meet the same people each day, there is not much to observe in patterns once you have seen and processed them all, unless you are watching for changes.

Sometimes watching others makes us wonder about them and where this crazy world is going. Other times it makes us grateful for what we have, or perhaps just have a good laugh or cry at reality and the way it sculpts our destinies.

For those who are psychic observers -- an impression, a message, a spirit seen where others cannot, a tweak in the time lines, sometimes enters into our physical awareness, telling us that there is more beyond this realm.

Are you an observer, a doer, or both?

Have you ever observed yourself observing others?

Observation goes to release and freedom. We are seriously getting close to the Call of the Wild Syndrome, when relationship that lasted during the winter now split. This is a Taurus thing, hitting April 24, 25, and 26 ... when one feels, "I need to be free." April, May and June kick hard for change. Observe ...

Tuesday I met many of the young people in my building who were out jogging along the esplanade. One woman told me the temperatures came close to 80Ľ with no humidity. Yeah! By now we are all getting used to changing weather patterns and understand they are here to stay.

As the world grows smaller, clients and neighbors tell me about planned exotic summer vacations to Africa (safari, climb Mount Kilimanjaro), Alaska before the meltdown, Asia, other, while the planet still offers these options. Most say they want to see as much as they can before it all changes or ends. Travel is always the key to discovery, especially on your spiritual journey. You need only find the right person to go with, go alone, or with a group of souls of like mind. 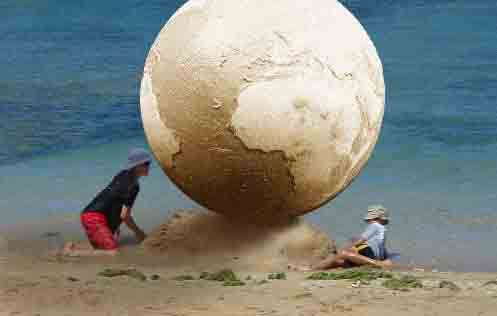 Sandpainting is the art of painting ritual paintings for religious or healing ceremonies. It is also referred to as drypainting. Sandpainting is practiced by Native Americans in the Southwestern United States, by Tibetan monks, by Australian Aborigines, and some are known to be made by Latin Americans on certain Christian holy days.

In the sandpainting of southwestern Native Americans (the most famous of which are the Navajo), the Medicine Man paints loosely upon the ground of a hogan, where the ceremony takes place, or on a buckskin or cloth tarp, by letting the colored sands flow through his fingers with control and skill. There at least 600 to 1000 different sandpaintings that are recognized among the Navajos. They are not viewed as static objects, but as living things that should be treated with great respect. There may be more than thirty different sandpaintings associated with one ceremony alone.

The colors for the painting are usually made with naturally colored sand, crushed gypsum (white), yellow ochre, red sandstone, charcoal, and a mixture of charcoal and gypsum (blue). Brown can be made by mixing red and black; red and white make pink. Other coloring agents include corn meal, flower pollen, or powdered roots and bark.

The paintings are for healing purposes only. Many of them contain images of yeibicheii, or the Holy People. While creating the painting, the medicine man will chant, asking the yeibicheii to come into the painting and help heal the patient.

When the medicine man finishes painting, he checks its accuracy. The order and symmetry of the painting symbolize the harmony that the patient wishes to reestablish in his or her life. However accurate the sandpainting is will determine how effective it will be as a sacred tool. The patient will then be asked to sit on the sandpainting, and the medicine man will then proceed with the healing chant.

The sandpainting acts like a portal for spirits to come and go, and also attracts them. Sitting on the sandpainting helps the patient absorb some of their power, while in turn the Holy People will absorb the illness and take it away. Afterwards, the sandpainting has done its duty, and is then considered to be toxic, since the illness is absorbed into it. That is the reason they must be disposed of afterwards. Because of the sacred nature of the ceremonies, the sandpaintings are begun, finished, used, and destroyed within a twelve hour period.

The ceremony involving sandpaintings are usually done in sequences, termed 'chants', lasting a certain number of days depending on the ceremony, and for which a fresh, new sandpainting is made for each day.

Tibetan Buddhist sand paintings are usually made of mandalas. In Tibetan, it is called dul-tson-kyil-khor ("mandala of colored powders").

The sand is carefully placed on a large, flat table. The construction process takes several days, and the mandala is destroyed shortly after its completion. This is done as a metaphor for the impermanence of life.

The mandala sand painting process begins with an opening ceremony, during which the lamas, or Tibetan priests, consecrate the site and call forth the forces of goodness. This is done by means of chanting, music, and mantra recitation.

On the first day, the lamas begin by drawing an outline of the mandala to be painted on a wooden platform. The following days see the laying of the colored sands, which is effected by pouring the sand from traditional metal funnels called chak-pur. Each monk holds a chak-pur in one hand, while running a metal rod on its serrated surface; the vibration causes the sands to flow like liquid.

Formed of a traditional prescribed iconography that includes geometric shapes and a multitude of ancient spiritual symbols, the sand-painted mandala is used as a tool for re-consecrating the earth and its inhabitants. 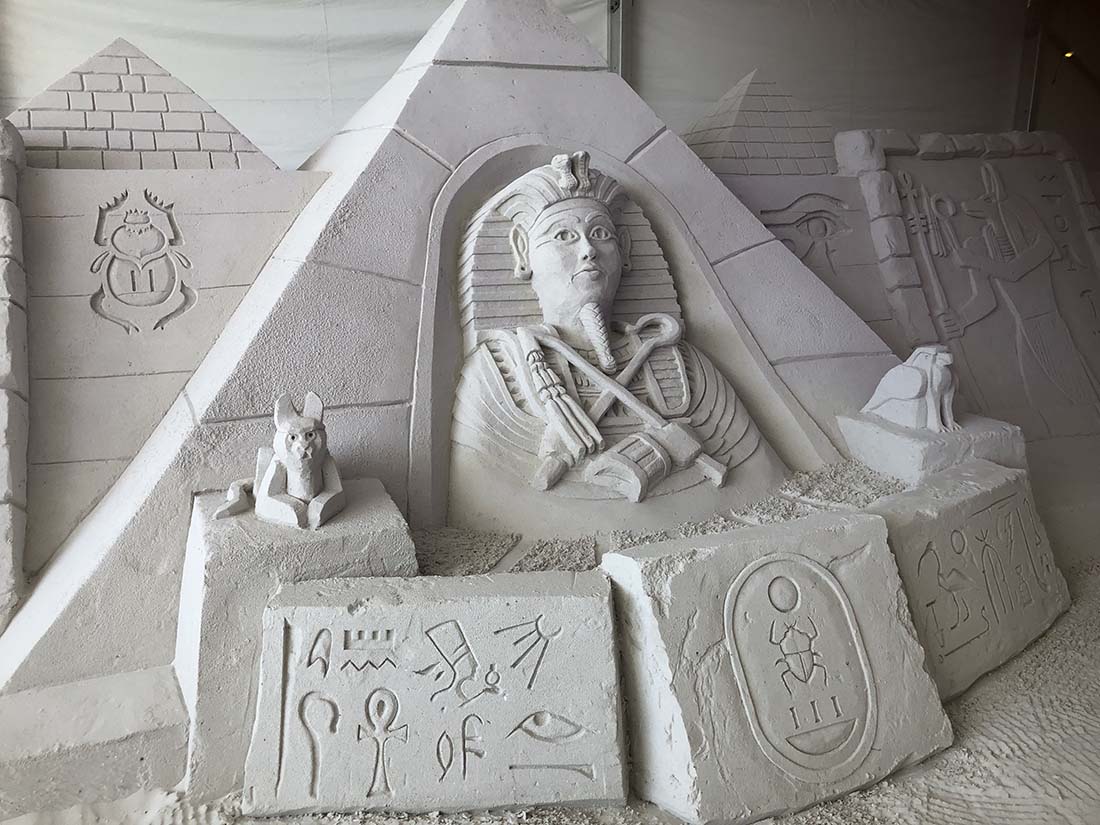