Out Of Body Experiences

Reality is a Simulation. The brain is an electrochemical machine that processes through binary codes - zeroes and ones that create patterns of experiences. Out of body experiences (OBEs) shift one's consciousness from physical reality to another part of the reality grids. It may seem spiritual, but it's all science and math. 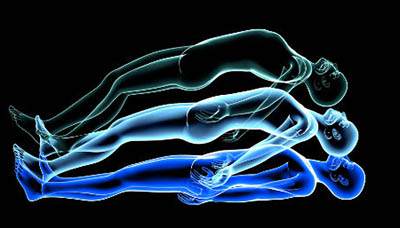 While your consciousness wanders through the grids, you can have all sorts of OBEs. The most common:

Astral Travel or Astral Projection Consciousness leaving the body but staying attached by a 'silver cord'.

Remote Viewing Locating a target and zeroing in on it

Soul or Grid Travel The soul connects with other aspects of itself experiencing in this or another grid as all grid programs run simultaneously in the hologram of our reality.


Messages from OBEs can come from anywhere in the grids and are subjective in interpretation: It's like plugging into a switchboard and getting the message.

Perception of messages from:

Another aspect of your soul

Deceased people whose energies remain in the grid

Someone you consider a teacher in a higher realm


An out-of-body experience is characterized by subjective perception from a vantage point outside of one's physical body. It is sometimes associated with near-death experiences, hypnopompic or hypnagogic dreams, mystical trances or occult phenomena and psychoactive drugs.

An OBE may be contrasted with astral projection, which does not require the perception of one's own body from the outside. Astral projection does not typically posit that one's consciousness or soul is actually traveling through our day-to-day physical reality. An OBE may also be contrasted with dreaming, lucid or otherwise, by the intense perception of being awake and aware of the reality of the experience.

Not every OBE has exactly the same aspects, and it may be that there are several different types of OBE that have different causes and meanings. Some observations can be made based on collections of firsthand accounts of "spontaneous" OBEs - those that were not part of a planned program to induce the experience.

In the great majority of cases, the subject reported being asleep, on the verge of sleep, or having been asleep shortly before. A fairly large percentage of these cases refer to situations where this sleep is not particularly deep (due to illness, noises in other rooms, emotional stress, exhaustion from overworking, frequent re-awakening, etc.).

The OBE is not generally long; on the order of a minute or so. Those who experience OBE may note that the subjective experience is much longer than the objective time passing.

The OBE is sometimes ended by a fearful feeling of getting "too far away" from the body.

Many of these OBEs end with a feeling of suddenly "popping" or "snapping" back into their bodies -- Thuup.

Comparing the experience to that of lucid dreaming, it feels more real.

Opinions regarding the objective reality of OBEs are mixed. An appreciable number of people believe the phenomenon is exactly what it feels like, and that the soul is leaving the body and exploring. Many OBE accounts are positive that the usual explanation, that the experience was a dream, is insufficient; and often cite the experience as having a spiritual effect.

While the subjective experience may be very compelling, most skeptics discount the idea that the phenomenon is somehow linked to an actual physical relocation of consciousness. They note that, in the absence of the typical conviction that the experience is real, these experiences would simply be considered dreams; and that lacking hard evidence to the contrary, the simplest explanation would be that the experiencer's sense of heightened reality, however powerful, is a subjective one.

In support of this idea, some neurologists point to experiments in the context of treatment of epilepsy involving electrical stimulus of a particular part of the brain, the right angular gyrus located in the parietal lobe, which produce subjective experiences having all of the hallmarks of an OBE, including the sense of enhanced reality and extreme disembodiment. This evidence, as well as similar results involving use of the drug ketamine, support the hypothesis that at least some OBEs are caused by an unusual but natural brain state in which one's body perception and sense of reality are altered.

Skeptics also point to the increasing body of evidence which ties mental functions such as perception and memory to exclusively physical processes which occur in the brain; and note that no known mechanism would account for how these processes could occur at a distance (the mind-body problem). However in some instances, such as patients during surgery, people describe out of body experiences in which they see something they could not possibly have seen while under anesthesia (for instance, one woman accurately described a surgical instrument she had not seen previously, as well as conversation that occurred while she was clinically dead).

OBE's cannot be disproved, but there is no solid evidence that anyone has actually left their body. Many experiencers have made detailed observations they reportedly could not have made by any other means, but these have not yet been studied to the satisfaction of the scientific community.

Messages received from out of body experiences generally are in the form of symbols or archetypes that you may or may not recognize at first.

Voluntary OBE's take time and practice. Remember that we are all having multidimensional experiences and that there is no linear time - therefore your consciousness can travel anywhere in he grids that form our reality matrixes. 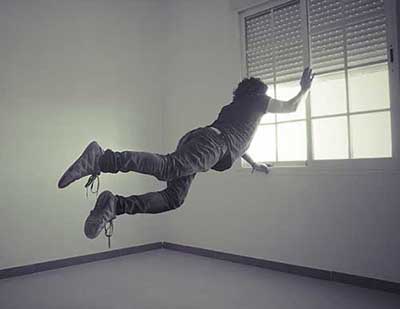 From ancient history to the present day, across many cultures people have reported out-of-body experiences (OBEs). Scientists have reproduced certain aspects of this experience in labs - including, for example, the sense of being in a different body or moving around as a disincarnate consciousness. Yet experiencers - particularly experiencers who are also scientists - say these studies do not sufficiently explain all aspects of OBEs. A free e-book published this month, "Consciousness Beyond the Body: Evidence and Reflections," gathers current scientific knowledge related to OBEs, makes suggestions for further study, and reflects on the nature of the phenomenon. 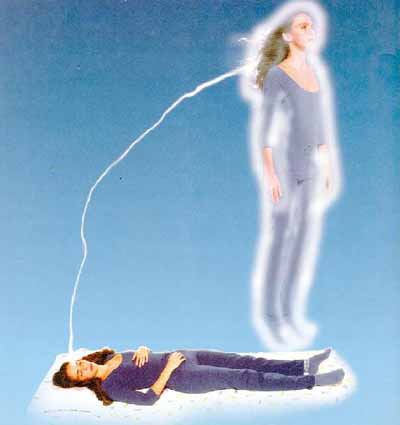 What happens in the brain when a person has an out-of-body experience? A team of scientists may now have an answer. In a new study, researchers using a brain scanner and some fancy camera work gave study participants the illusion that their bodies were located in a part of a room other than where they really were. Then, the researchers examined the participants' brain activity, to find out which brain regions were involved in the participants' perceptions about where their body was.

The findings showed that the conscious experience of where one's body is located arises from activity in brain areas involved in feelings of body ownership, as well as regions that contain cells known to be involved in spatial orientation, the researchers said. Earlier work done in animals had showed these cells, dubbed "GPS cells," have a key role in navigation and memory.

Have you ever felt as though your sense of awareness was outside of your physical body? That you were looking back at yourself from another place in the same room? If so, you've probably had an out-of-body experience (OBE). But not all OBEs are the same. Research suggests OBEs are more common than one might think, with around 10 per cent of the population having reported at least one such experience in their lifetime.

Some people experience their usual physical surroundings from a different spatial perspective; others report traveling out of their body to imaginary dream realms. For some, out-of-body experiences or OBEs occurs spontaneously, while for others it is linked to dangerous circumstances, a near-death experience, a dream-like state or use of alcohol or drugs. One theory is that it is down to how people perceive their own body - those unhappy or less in touch with their body are more likely to have an OBE. Their work suggests a disconnection between the brain circuits that process visual and touch sensory information may thus be responsible for some OBEs.


Out-of-body experience recreated   BBC - August 23, 2007
Experts have found a way to trigger an out-of-body experience in volunteers. The experiments, described in the Science journal, offer a scientific explanation for a phenomenon experienced by one in 10 people. Two teams used virtual reality goggles to con the brain into thinking the body was located elsewhere. The visual illusion plus the feel of their real bodies being touched made volunteers sense that they had moved outside of their physical bodies. The researchers say their findings could have practical applications, such as helping take video games to the next level of virtuality so the players feel as if they are actually inside the game. Clinically, surgeons might also be able to perform operations on patients thousands of miles away by controlling a robotic virtual self.


Out-of-Body Experiences Simulated Using Virtual Reality   Live Science - August 23, 2007
New virtual reality experiments show the brain can be tricked into believing it's outside the body, lending credence to the strange claims of some patients and shedding light on how the brain might generate its "self image." Researchers equipped subjects with virtual-reality goggles that showed images from a stereoscopic video camera setup two cameras spaced like a pair of eyes. When placed behind the person wearing the goggles, the cameras acted as a "virtual self" that looked at the subject's back. As subjects watched themselves from behind, an experimenter prodded their chests with one hand while prodding the air just below the cameras at the same time. Because subjects could see the experimenter's hand but not the spot it was poking, researchers said subjects felt as if they were being poked in the chest - outside of their body.


OUT OF BODY EXPERIENCES INDEX