Noah and the Rainbow Bridge / Arc

In recent months Earth changes continue to ravage the planet - much having to do with water - as if a metaphor of cleansing - Flood Stories.

This was highlighted by

The evolution of the Earth - known as Earth changes and consciousness brought me an appearance this week - Wednesday September 24, 2005 - on the The Daily Show with Jon Stewart where I attempted to get a tiny bit of my theories across while having fun as a member of his first panel format.

I spent, Tuesday in Connecticut with my daughter, Nikki, her husband, Ryan, and their two-year old son, Matthew. Interesting that on December 26, 2004 - I was also in Conn.


Noah and the Rainbow 'Arc' 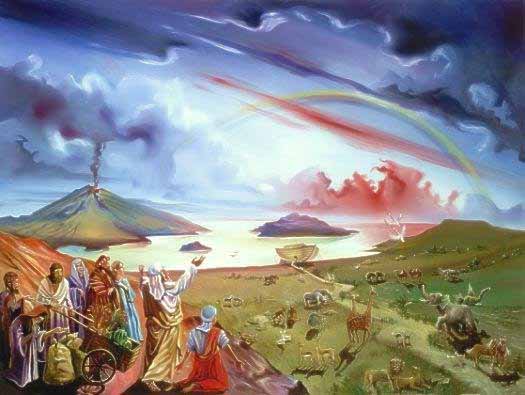 Friday morning at 8:45, my daughter, Nikki was on her way to work at Viacom, in Manhattan, when she called from the train. We were talking about Noah, her unborn son, due in 2 weeks. Nikki mentioned that Matthew, her 2 year old son, has been talking to Noah, which of course does not surprise anybody in my family as we all talk to spirits.

As Nikki and I talked about baby Noah, I asked for a 'sign' from him confirming a new creation! Glancing out the window - I paused in disbelief as a giant rainbow arched its way across the sky from the Verrazano Bridge to the Manhattan skyline! All that was missing was a dove with an olive branch! I couldn't capture the totality of the rainbow from my terrace, in one photo, as it was so large. This is a metaphor for a new program about to cross over the rainbow bridge (DNA). 2=yin/yang or duality. Welcome to planet Earth, Noah! 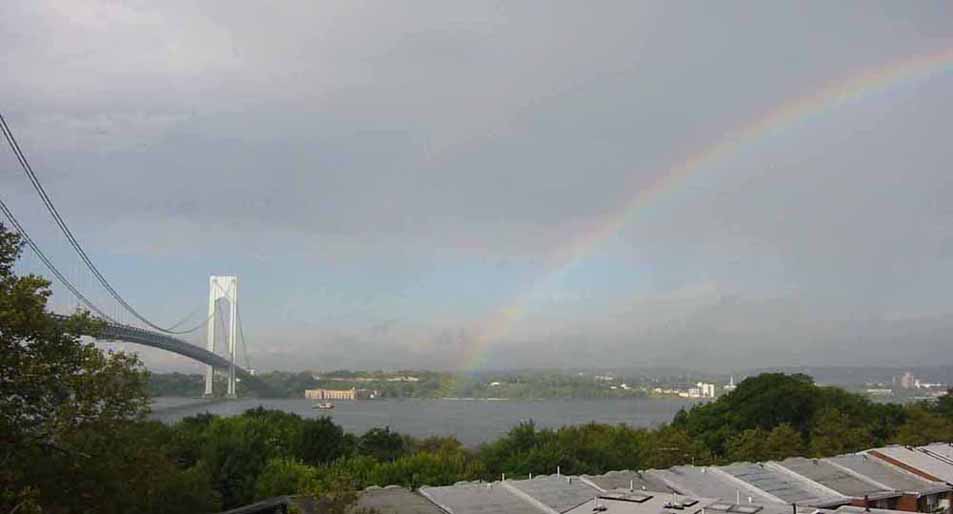 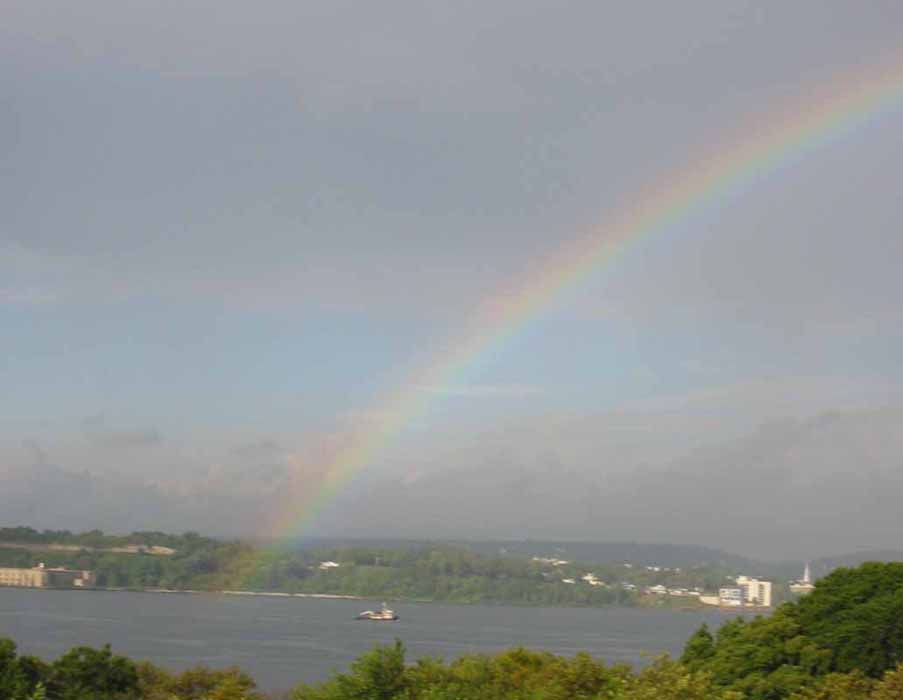