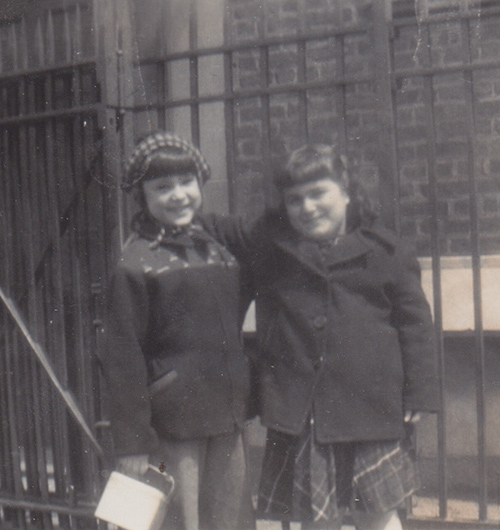 Since October 14, I keep seeing the image of my childhood classmate Diana, in Coney Island, when we took this picture in front of our school, P.S. 80 on West 17 Street (more 8's). I was too busy to look for this picture, still it repeated in my consciousness until I found it today. 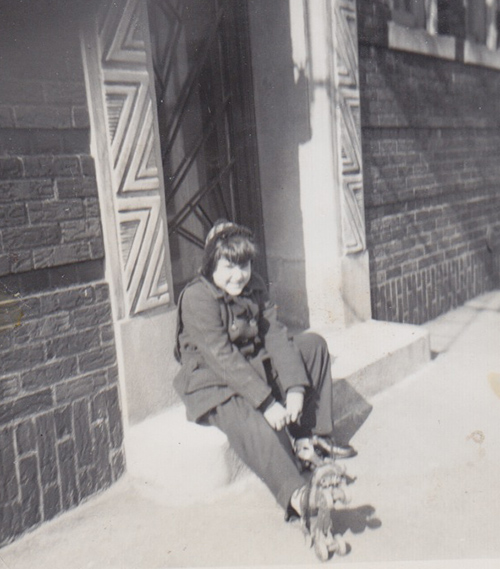 Saturday, October 27 -- Today is my daughter Zsia's (Z) birthday. I woke up dreaming about a metal skate key, which seemed very important. It was time to look at my childhood photo album where I found this photo of me wearing my skates, next to the photo of Diana and I. On the back of the photo my mother wrote, Elinor's 8th birthday, February 17, 1951. On that birthday I entered an 8 Year. (2+17+1951) = 8. The old building looks like it has a series of verticals Z's on either side of the door, as if mirror images of each other, which have now been paved over. The building was owned by a man named Mr. Wade. A few months ago, George and I parked in front of the building and got the strangest stirrings.


My best friend growing up in Coney Island, was Susan Alexrod, whose initials are SA as in "Sarah and Alexander". Her family moved away a few months before mine did, so I have no idea what happened to her. Susan has strangely become a "messenger" to me in recent years appearing initially as a thought or in a dream just before another key to my destiny is given. I used to see her as she was in a photo I have of her, but now she has become animated, though still looking like a child. "Sarah and Alexander" ends with a rebirth into light.

Something about all of this speaks to me about the closure of the program, and grows more powerful each day. I await the next key. For now ... to quote William Bell (Leonard Nimoy) on "Fringe" ... "a storm is coming" ... and it could hit Coney Island very hard.

"Fringe" Friday night - the only way events can resolve is for Walter to find a way to reverse time back to our timeline when it all began. He would need the help of someone who moves outside of time, namely September. The rest of what I am about to blog may not make sense to everyone, but for those who remember the time before time ... this is all about time travel, the labs and the university where it all began ... having come full circle over and over again. Some of you may remember prior loops where the experiment didn't close ... so here we are again stuck in part of the hologram that deals with linear time. For now the answers remain hidden in the lab ... still frozen in time ... about to reach/breach zero point. Everything else is part of the illusion. 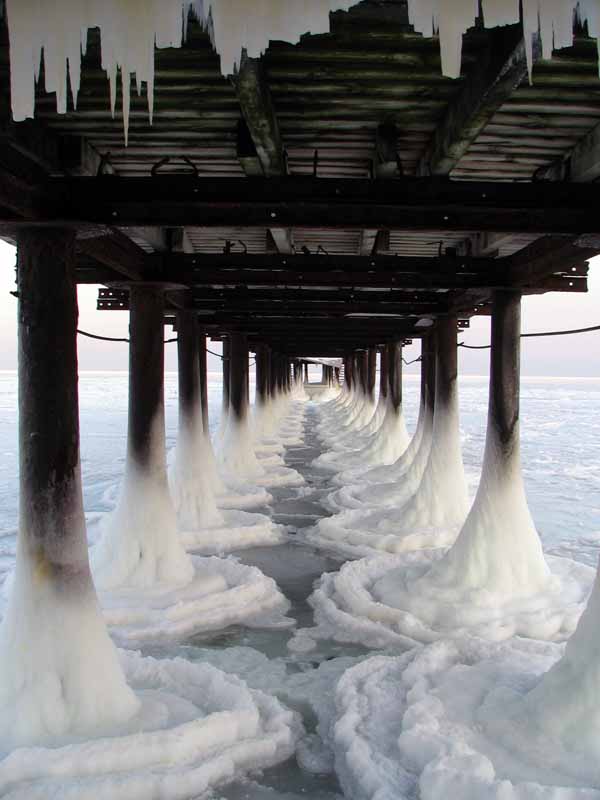 The Keys Part I - Ellie's Adventures with Lost Keys