10:00 AM ... On a 60+ degree day, George arrived at my home. I couldn't wait to tell him about something stirring my soul - a knowing that we had to go to Coney Island to find something linked to my destiny. It was tied to scenes and messages from an episode of "Fringe" we had both watched the night before - reviewing several keynote scenes before leaving on our journey. Guided by Z and my past, based on synchronicities in the story lines from Tuesday night's episode of "Fringe" called "Ability", and its past, off we went.

The Belt Parkway, which runs along the Atlantic Ocean, was empty as we drove 4 exits east to Coney Island, remarking at how warm and balmy the weather was, as if a set-up. Balmy weather often lends itself to something surreal. We got off at Exit 6 - Coney Island. Driving south on West 17 Street, which takes you into Coney Island, we passed a church and a funeral - 'endings' we thought.

There's not much going on in Coney Island these days as it's winter and the amusement areas finally shut down at the end of the summer of 2007. We drove past Nathan's Famous Restaurant and discovered that this historic site, dating to 1916, was also closed, at least on this day. Alas nothing lasts forever, although the parachute jump was still standing, the energies of our 2007 adventures, long gone.

George and I drove along Surf Avenue in an area highly patrolled by the police, not the safest place to be in Brooklyn, but we felt protected. I'm never sent on a mission this important without feeling protected in the physical (below) and above as we noted many entities watching us. It adds excitement to the moment as if we are the actors and they are the script writers in a plot orchestrated long ago, when all was created, that would find us now.

When the cops weren't looking - we drove down an alley that looked exactly like the location of a scene from "Ability" - which it was. Camera in hand, we took some of the photos below, later combining them with scenes from "Ability" take from screen shots on my computer. Ah ... technology.

We didn't find the Black Game Box left for Olivia, but we did have fun without getting into trouble. The first 4 images were taken on West 12th Street off Surf Avenue. The beach and boardwalk are just behind the Wonder Wheel.


Olivia Dunham and the Wheel 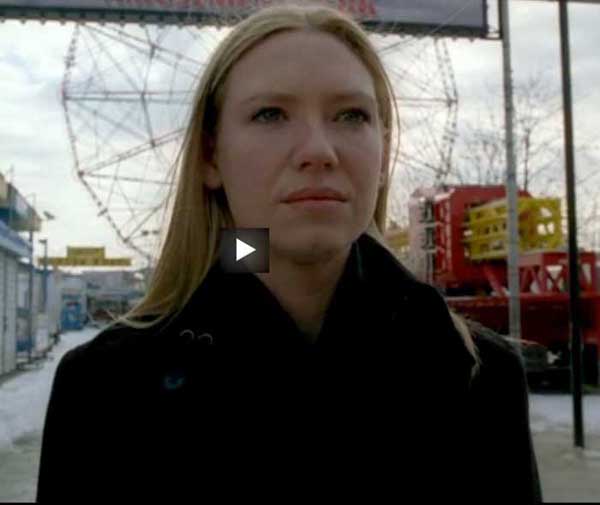 George and the Wheel ... Of Life, Karma, Fortune, Alchemy, Time 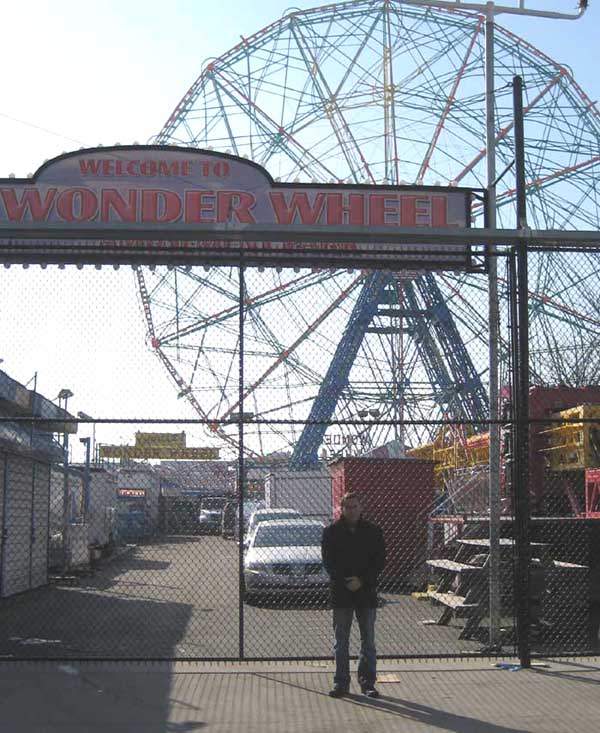 The Black Box From "Fringe" 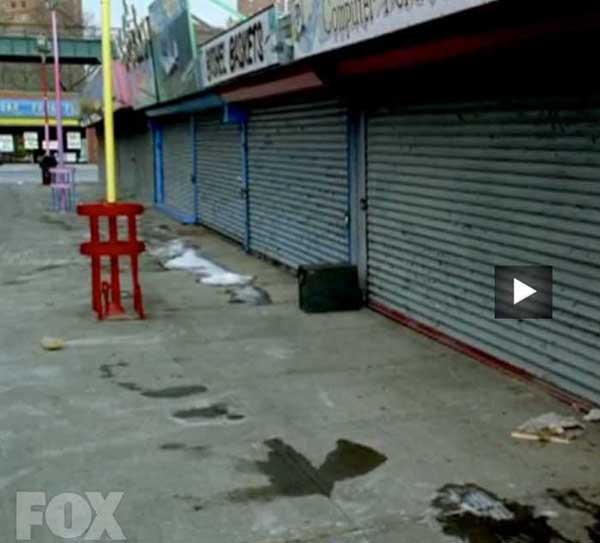 Ellie and her Lexus 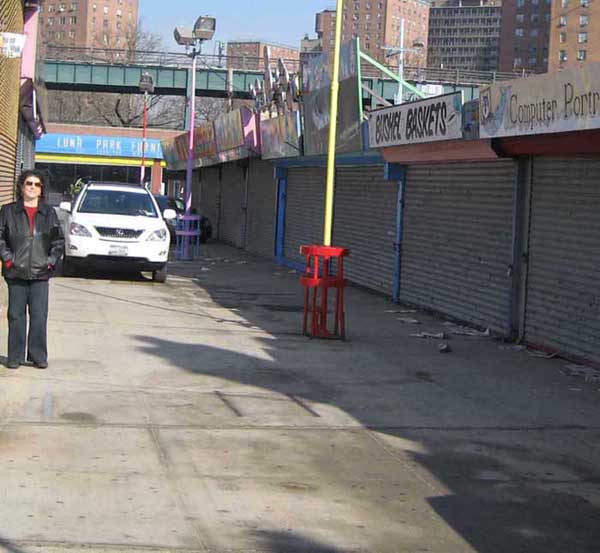 I was guided to Surf Avenue and West 22 Street where I lived until age 11 and my 1954 incident. 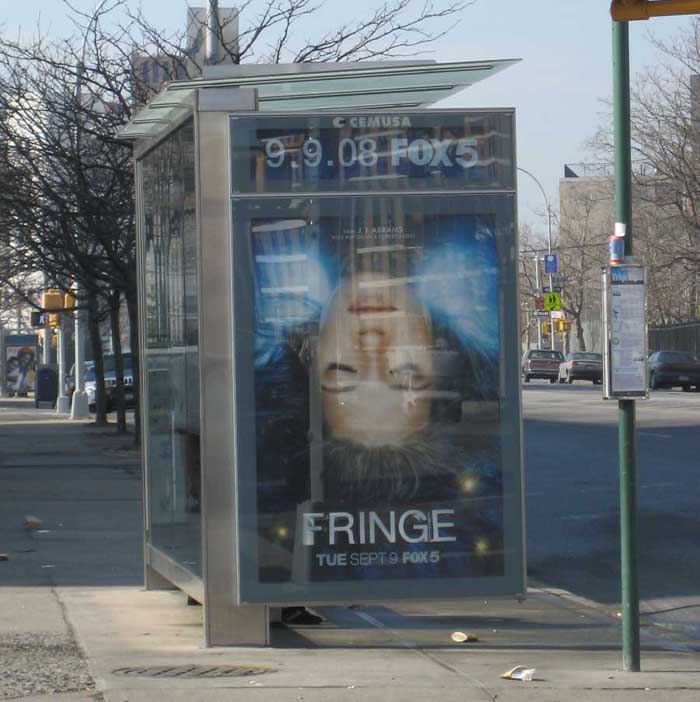 We 'got' the messages ... took some photos ... laughed at the synchronicities 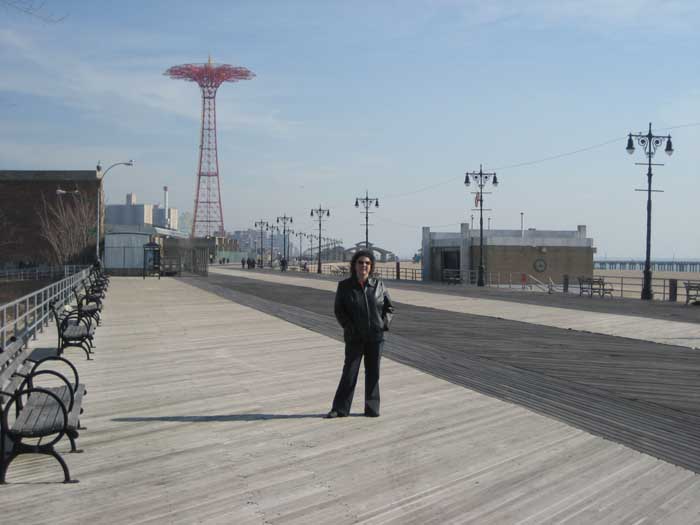 parked the car ... walked to the boardwalk ... then to the ocean ... felt the timelines shift. 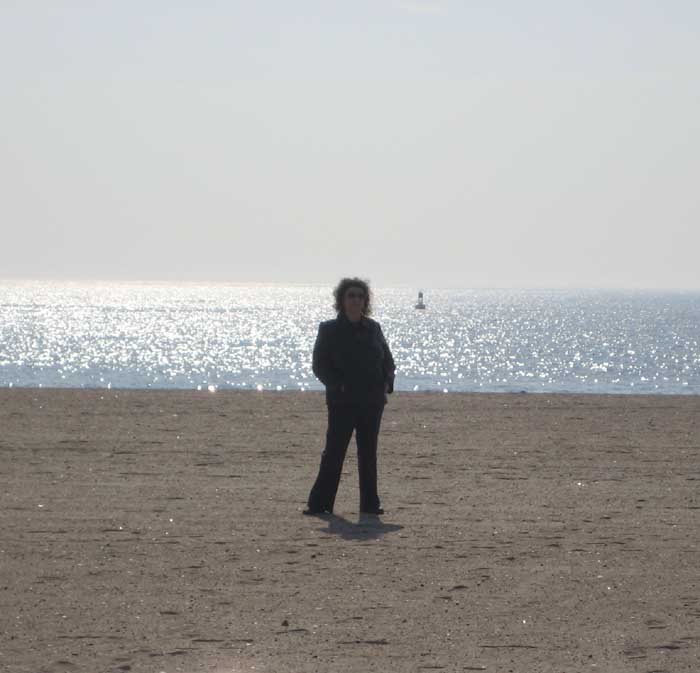 - George and I were guided to Coney Island to the location the scene was shot to retrace patterns and make connections.

- Though I had not returned to my childhood address for a long time, I knew I had to go there on this day to find my answer.

- George and I found the sign "Fringe" - its story lines and themes reflections of my journey. The sign was posted on a bus stop waiting area. Buses are often used as vehicles to move souls from one level to another.

February 17, 2009 was my 66 birthday. Researching from the past called and we talked about what is new and what is the same. Time travel and teleportation were a main topic of conversation. The past holds the key. It is colliding with the future. The Stargate program is real, travelers going to Mars and setting up bases and more. We are on the Fringe of disclosure and discovery.