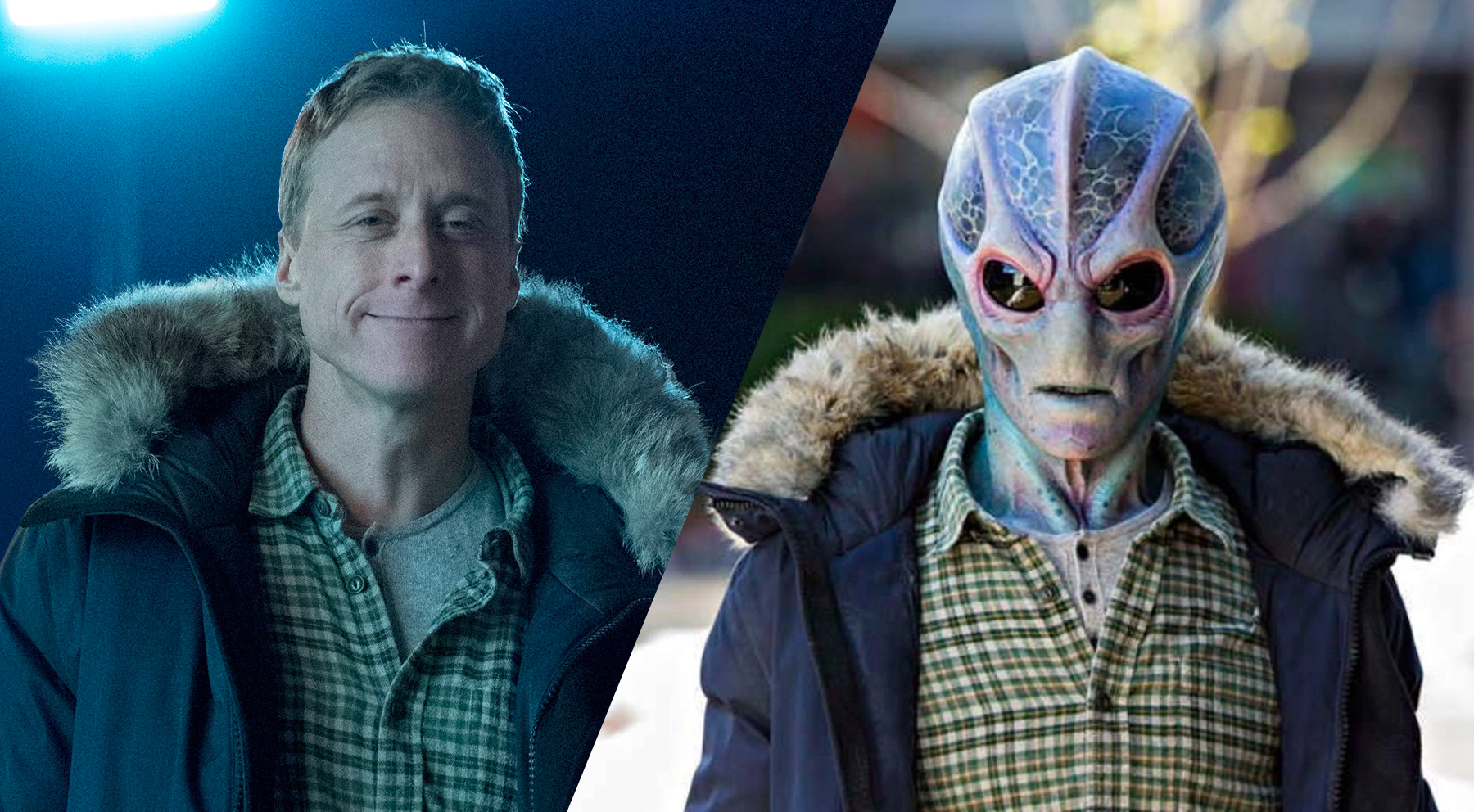 Resident Alien is a science fiction mystery comedy-drama Syfy television series staring Alan Tudyk. He plays an alien with an unpronounceable birth name who crash-landed on Earth, killed the real Dr. Harry Vanderspeigle, and assumed his identity. I started watching the series when it first aired January 26, 2021 because there was nothing on TV of an alien nature that I liked.

Synopsis: After crash-landing on Earth, an alien sent to wipe out humanity kills and takes on the identity of a vacationing pathology physician. He wrestles with the moral dilemma of his secret mission, while also dealing with the mayor's young son, who can see his true appearance.

Each season the arc story progresses with guest stars like Linda Hamilton (The Terminator) as General McCallister, a high-ranking U.S. military officer who secretly works for an unknown organization dedicated to hunting extraterrestrials. During her childhood, McCallister saw a spacecraft firsthand, and has spent her life seeking more proof that aliens exist.

There are mentions of different alien groups familiar to Harry - but the antagonists on this show are the grays. Even the guys from Stargate SG1 would enjoy this take on the grays which often filled their storylines. 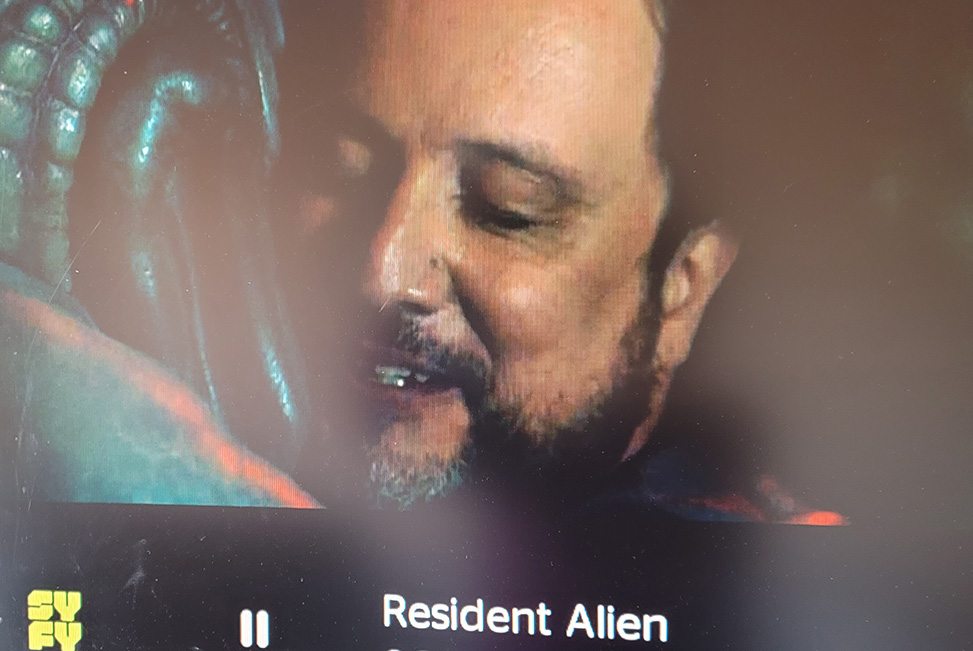 Humorous guest appearances include UFO researcher and costar of the TV series Ancient Aliens - Giorgio A. Tsoukalos playing himself in several episodes. Last week Giorgio was rescued from a government facility by Harry in his alien persona. Humorous moment as Harry helps Giorgio escape while asking, "Where are you from? Who were your first teachers?" No time for answers as the bad guys are in hot pursuit. Another time. As Giorgio runs away he is heard to say, "I knew they existed." Exit Giorgio until next season. 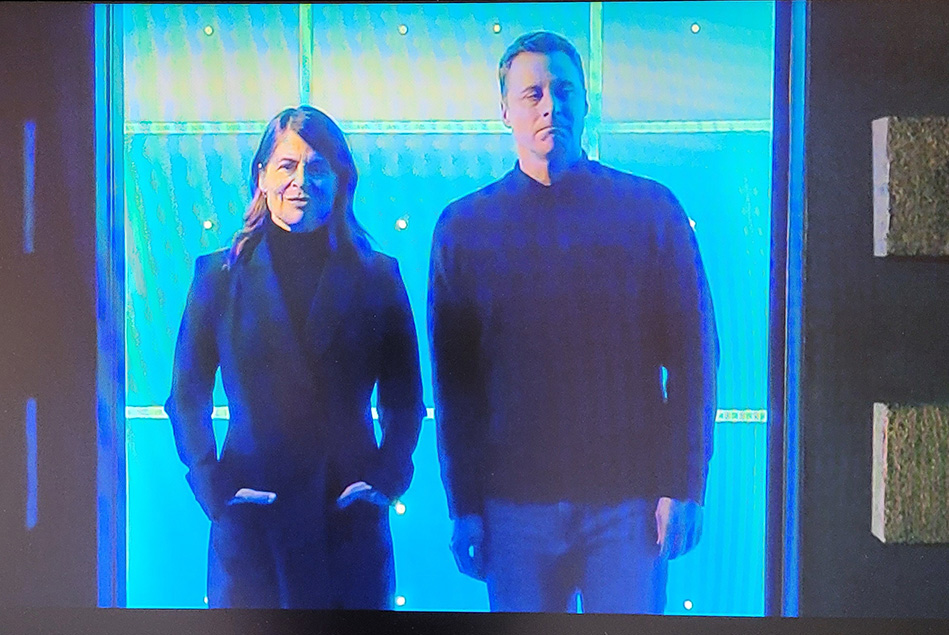 September 28, 2022 - was the Season 2 finale when many truths were revealed as taken from a compilation of already known facts about the gray biogenetic experiments on Earth. New alliances were formed - several storylines were reconciled while others will be revealed as the doors opened to a blue lit elevator as Harry and General McCallister step inside to new adventures. 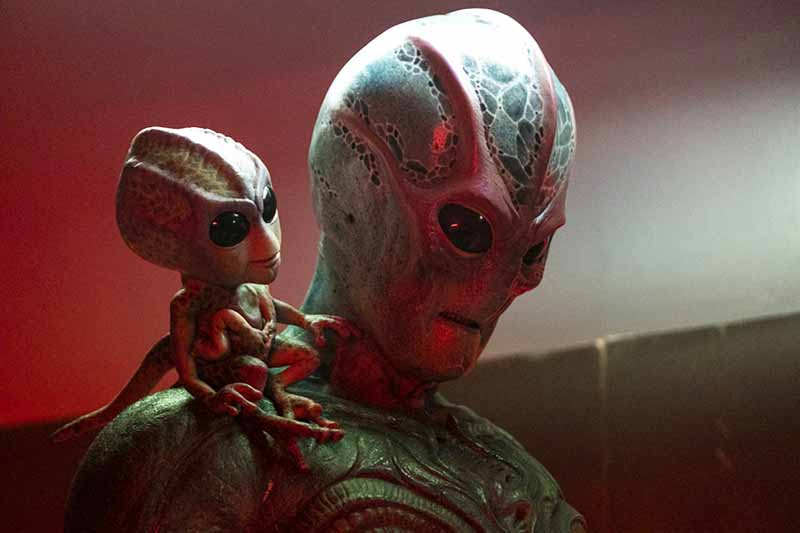 Harry sends his baby son back to their home planet with information about the gray agenda to take over planet Earth and destroy humanity something Harry's species originally wanted to do.

I'm not sure why the final scenes connected for me but it was about the grays (artificial intelligence) - people being taken on a UFO - and biogenetic experiments.