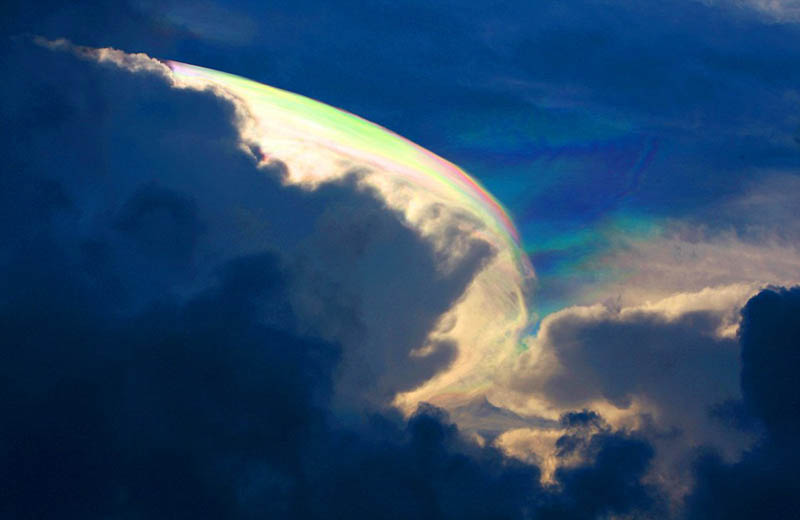 Mail Online - June 5, 2012
The phenomenon is caused by light reflecting off tiny ice crystals inside the body of the cloud's water vapor. It's very rarely observed, even compared to other unusual rainbow phenomena such as upside-down rainbows.

A glowing cloud blossomed into a rainbow over southern China on 5 June, appearing at dusk over Wanning City in southern China in Hainan Province. The glowing 'rainbow' was spotted first by a child on a fishing boat, and captured by a local photographer. The rare effect is created by light refracting off ice crystals in clouds, rather than water particles close to Earth, creating a 'flying' rainbow. (Click link for more photos)