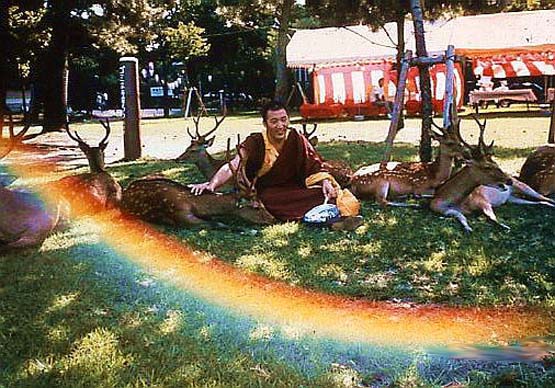 This is a photo of Tibetan Buddhist monk, the Ven. K. C. Ayang Rinpoche, blessing the deer in Kyoto's Nara Park, July 26th, 1985. He only asked once for a photo of him to be taken, saying, "Take a photo now!" No one saw the rainbow until the print was developed. Rinpoche, on seeing the photograph, said he felt that his prayer blessing of the deer had been answered by the Buddha Amitabha at the very moment the photo was taken, when he had made contact with the deer, and that the power of His blessing appeared in rainbow form. 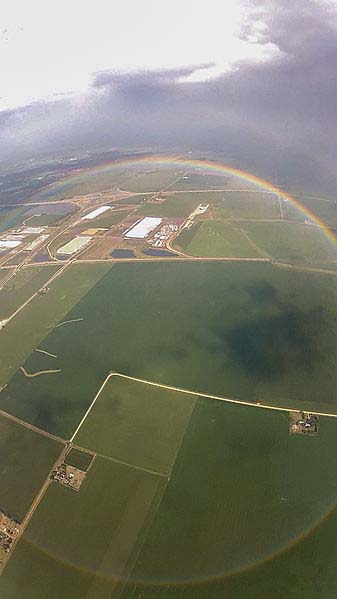 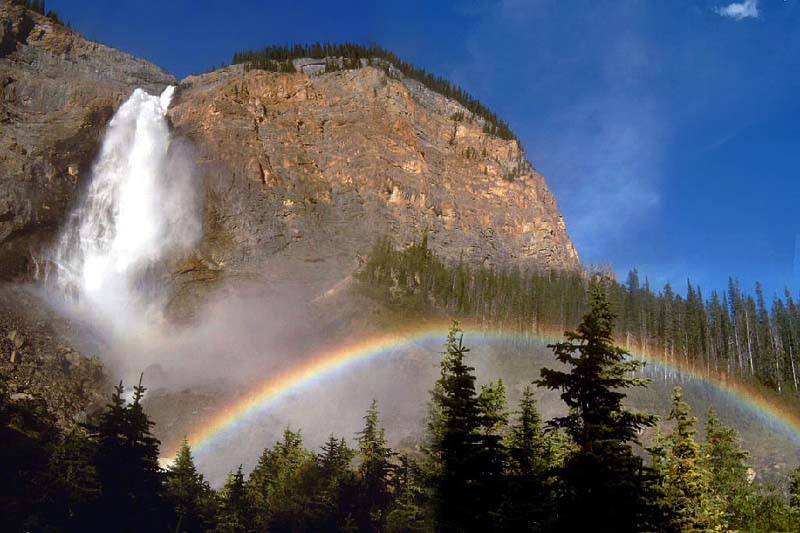 Rainbows can form in mist, such as that of a waterfall 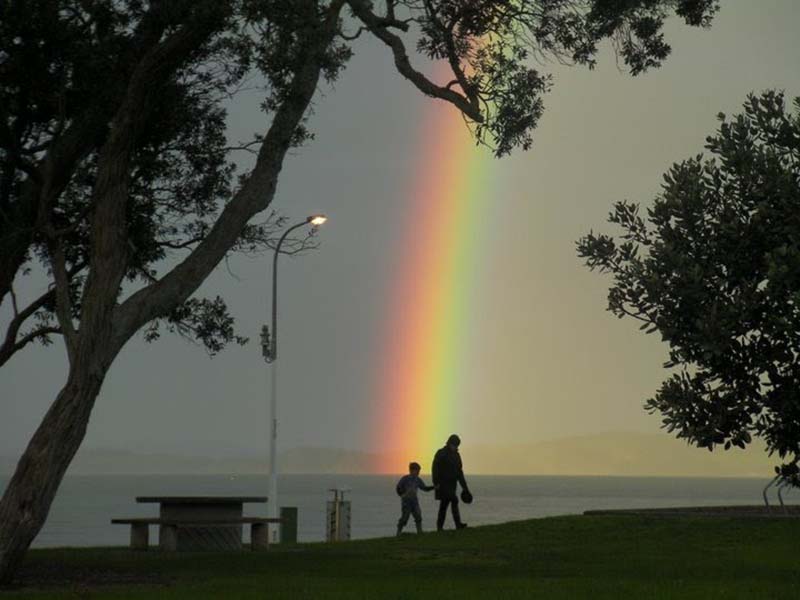 Rainbow after sunlight bursts through after an intense shower in Maraetai, New Zealand