"Doorway" on Mars - Science and Pseudoscience

Spooky Discovery on Mars Looks Just Like an Alien Doorway
Science Alert - May 12, 2022

One of the most recent snaps beamed back from the Curiosity rover on Mars has revealed a rather interesting feature in the rocks: what looks to be a perfectly carved out doorway nestling in the Martian landscape. The doorway doppelganger is so eerily convincing we're almost tempted to start believing that it leads to a little hideaway for Martians, or perhaps a portal to another Universe entirely. We're also getting 'tunnel to the center of the planet' vibes from this. At the very least, the picture and the geological feature it's captured would seem to be enough to inspire a science-fiction movie or two.


Pareidolia aka Scrying refers to finding a subjective message in a natural object. We do it all the time with clouds. People on Earth seek answers to age-old questions about humanity's place in the universe and in so doing look for messages in ancient natural objects that that are not as they appear. I believe this "doorway" is a natural formation not something created by aliens though I wish it were true. Scrying Other Mars Formations 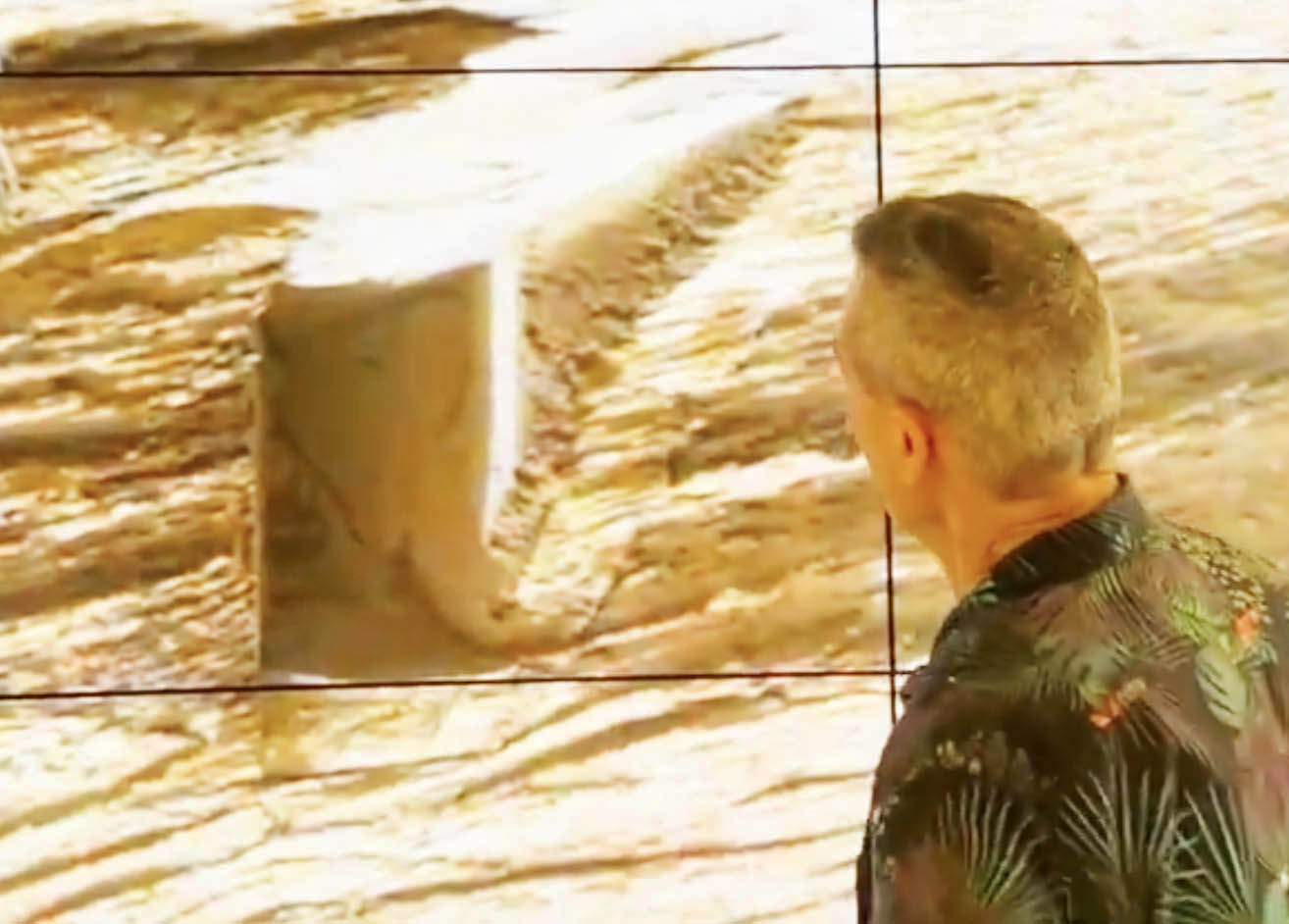 Uri Geller posted a video blog on Facebook about the image above which he considers a "doorway" on Mars.

He makes a good case for aliens especially if you're programmed for a Mars-Earth Connection from the past. That may have been the case in another insert in the simulation - but unless we see proof of intelligent life on Mars - it's just more busywork for those waiting for answers.

As to metaphoric and symbolic meanings behind "doorways" - we've all been there done that.

Uri and I are both Jewish and the same age give or take. He mentions that he had an encounter at age 5. I was taken at age 11 so we know extraterrestrials are part of our experience. The difference between Uri and I is I believe the human biogenetic experiment ended in 2008. Aliens are gone - never to return as the grids that create our simulation are imploding - whereas most researchers - and probably most abductees - believe aliens will return one day or perhaps are among us.

Friends. Last week images from NASA appeared to show a "doorway" on Mars, and today the first congressional hearings on UFOs for 50 years take place in the US. Scientists claim the Martian "door" is only a small, natural formation - but whatever the picture really shows I don't believe that it was coincidence that this image was released by NASA, or that it was picked up and heavily promoted by the media, just a few days before the congressional UFO hearings. Think about what a doorway symbolizes - change, transition and a passageway into a new reality.

The release of the doorway image sends a subtle message to the collective subconscious. It says "A door is now being opened to a new world" and you are being invited to step through and discover what lies beyond. This, combined with the controlled, gradual release of military and government data about UFOs, is all part of an effort to slowly open people's minds and prepare them for much larger revelations. Right now they are only dropping hints and half-truths and using subliminal symbolic messages because they think that the public are not yet ready to know everything, and they fear that they can't handle the truth.