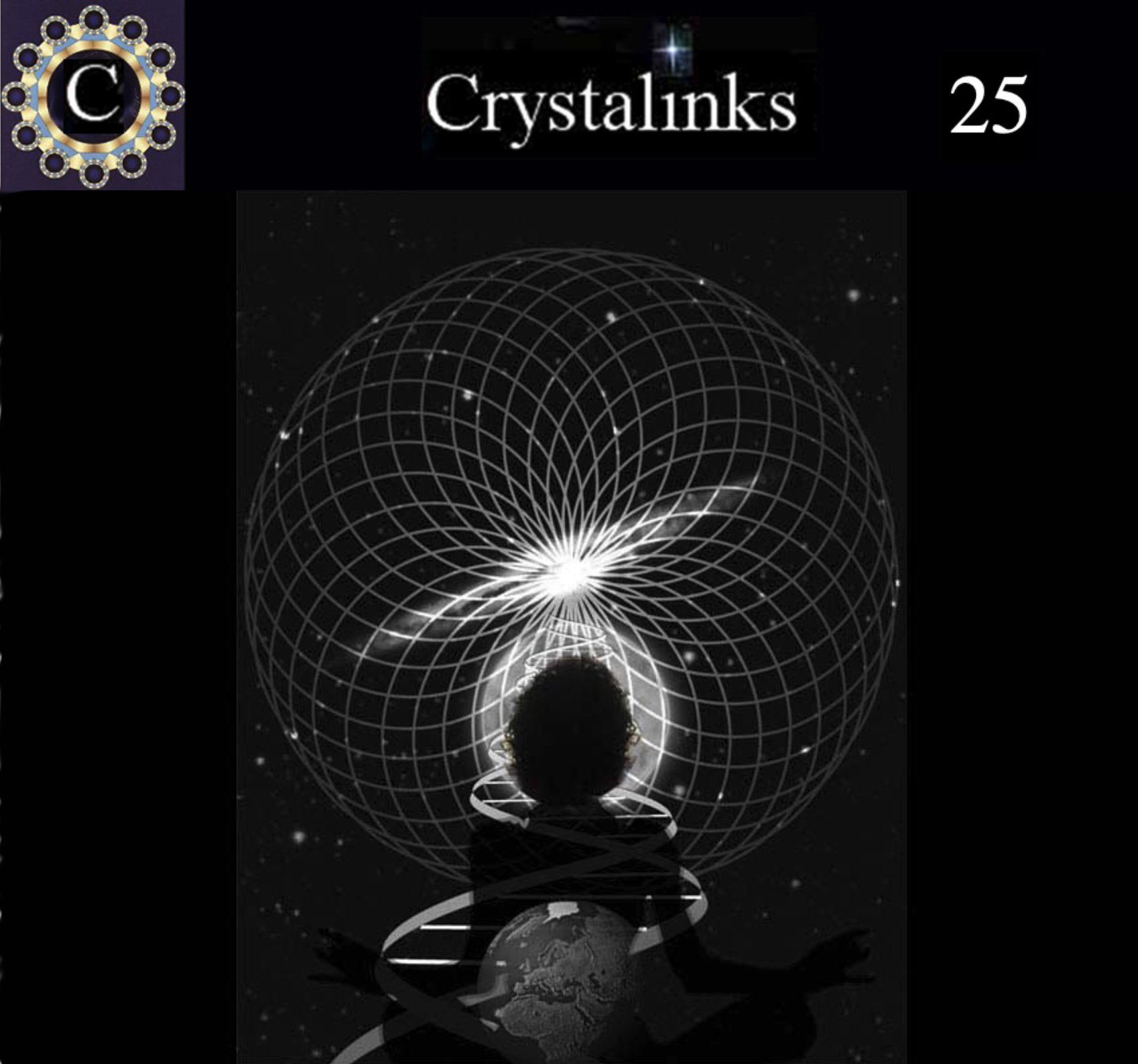 
Twenty-five years ago I bought my first Apple computer literally as it came off the truck in a computer store in New Jersey after being guided there by an entity I call Z. Thus began our journey in cyberspace creating a website called Crystalinks as well as our book and screenplay Sarah and Alexander.

Months later, on August 25, 1995 Crystalinks went online for the first time as a digital website in the Age of Technology. It would change my life, and that of the millions of readers who have passed through its portals either on a daily basis, or coming and going through the decades.

Originally broadcast through a server called interport.net - Crystalinks took its place and power with its own domain name one year later as www.crystalinks.com. It has allowed me to connect with people in every county of the world and every walk of life from spheres of spirituality, science, media, politics, economics, and best of all to the every day person questing for answers.

From the original 56 text files, Crystalinks has grown to thousands of text, image, audio, and video files including a YouTube channel to guide others on their journeys. For me it's always been about remembering who we are and why we are here in the simulation of reality.

For the past 25 years Crystalinks has featured two daily blogs - Ellie's World with my thoughts of the day and Crystalinks Ezine which highlights news, science, and famous people born on that day. The most memorable is perhaps 9/11 when I sat here watching the planes hit the World Trade Center reporting live to what would be two million unique visitors that day and the days that followed.

I have never believed that my home - with its view spanning from the Verrazano Bridge to lower Manhattan - just around the bend from the Statue of Liberty - found me by accident. My life and experiences were set up with an agenda which I continue to follow as an adventure each day.

My blogs have evolved from simple metaphysical thoughts and exercises to complex integrated venues that cover everything from science to pseudoscience, physics to metaphysics, and more, most recorded in Crystalinks' archives. Millions of readers have passed through these portals often sharing their experiences and having a reading along the way to better understanding.

Two generations have become adults over the past 25 years teaching us that with each page that turns in the book of life something new, and often unexpected, occurs. All of our lives, experiences, and the way we look at reality, have evolved into who we are today as we continue to quest for our true purpose.

In the years since Crystalinks was first created the following presidents have been in office: Bill Clinton, GW Bush, Barack Obama, and now Donald Trump who currently occupies the spaces between the lines as a catalyst for almost everything in what I call "End Times".

Twenty-five years is a milestone. Though most metaphysical websites came and went through the decades, it's your support that has allowed Crystalinks to maintain its power and influence in shaping humanity until the end. Thank you again. Please continue to join me as, like Crystalinks, we remain a Work in Progress.

Crystalinks remains in a state of consciousness evolution awaiting a defining movement when illusion becomes truth.