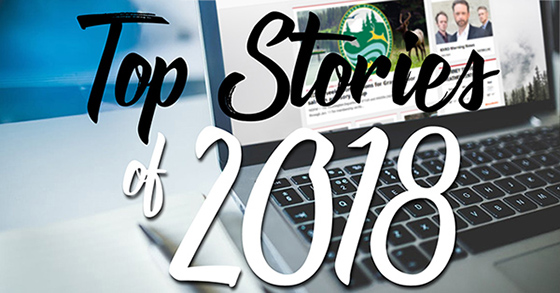 
From a selfie on Mars to swirling 'oil painting' clouds on Jupiter: Stunning pictures document humanity's exploration of space in 2018   Daily Mail - December 27, 2018


How the Oumuamua mystery shook up the search for space aliens   Mach - December 25, 2018

Rounding out the year on climate change ... some believe it can be reversed.
Others believe it is too late. And then there are those who understand
the hologram and realize these are our end-time triggers (warnings).

Earthquakes in the News 2018 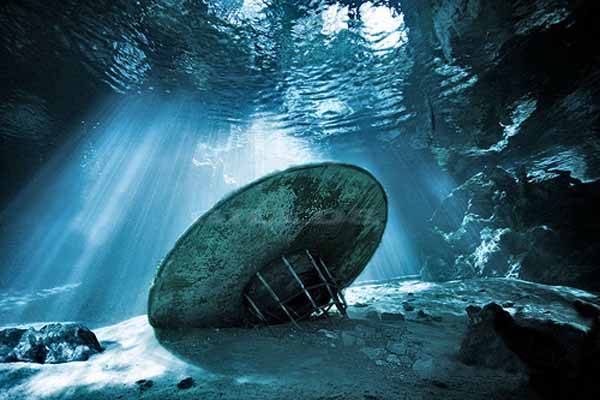 When you look at the bigger picture of UFOlogy ... not much has happened this year or in recent years. You may feel connected with aliens, had a sighting or two, but at the end of the day nothing has moved forward that allows for better understanding which is why we are here in 3D - to learn. Sorry but I see nothing that stands out in 2018 other than allowing people who believe there is a greater force that created the illusion and propels consciousness towards its final destiny. In the meantime people search and research ... 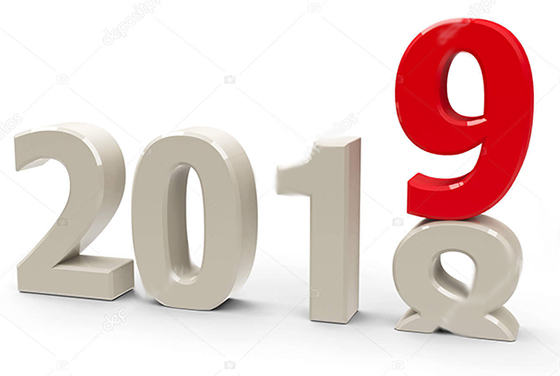 This is not one of those reflective soul-searching blogs where I tell you to look back at your life, what you've learned, what you want, who let you down, etc. We are moving closer to closure and however you fill in the spaces in 2019 is hopefully meaningful. Many believe we will have a recession (No), Trump will be impeached (No), Earth changes will stop (definitely No), and whatever people think about as we segue from one year to the next. 2019 is going to be wild ride.

Many of the news services and magazine shows are featuring "In Memoriam" tributes to people who passed this year. As with any year there are emotional and physical advancements and setbacks. I hope this year has been kind to you and that you move forward in a space more realistic than when it started.


All in with Ellie 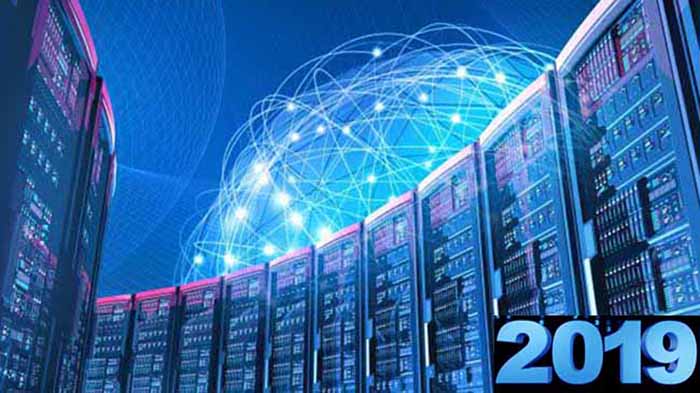 The biggest diversion in the 2019 grids remains President Trump and his whiplash affect on politics, the economy, social and other institutions that has played out following age-old patterns he continues to disrupt to keep us interested. I suppose he was the perfect person to keep our attention diverted from what's going on behind the scenes where reality was programmed for chaos since the beginning and in our timeline set in place by the "Founding Fathers" whatever that term means to you.

So off we go processing how to navigate our lives at the end ... of 2018. If you're programmed to decipher the dynamics behind all of this, including conspiracy theories, you will put a lot of energy in only to discover things are changing too quickly and you have created stress in your life ... but on the other hand perhaps you cannot function without it.

Everyone I know realizes there's not much you can do to change anything. Even the midterm elections were designated events to bring the Democrats back and make the game more interesting in 2019 and beyond, if there is a beyond. The current market fluctuations and natural disasters are reinforcing how erratic the grids are.

Sit back and let life happen planning for the best and worst of reality. Let others do the heavy lifting mentally and physically. Observe yourself and your behavior as what works and what has to be deleted. 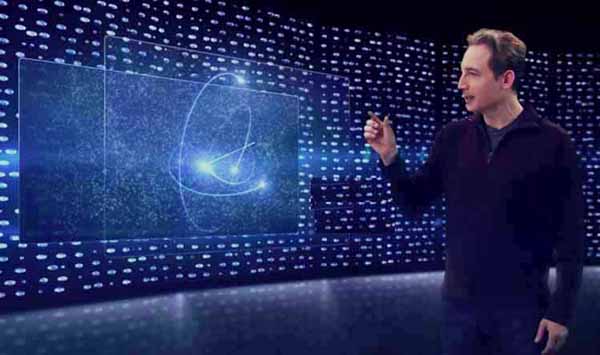 Brian Greene explaining the hologram in a video 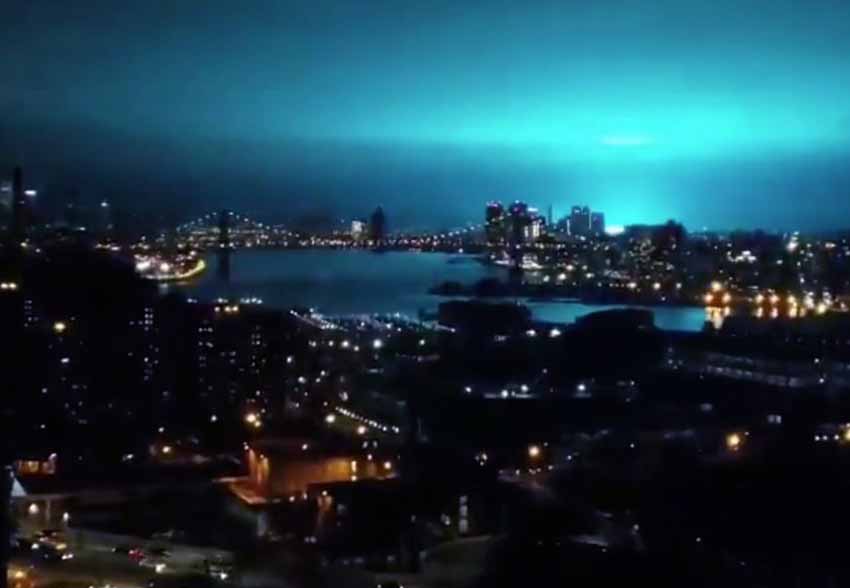 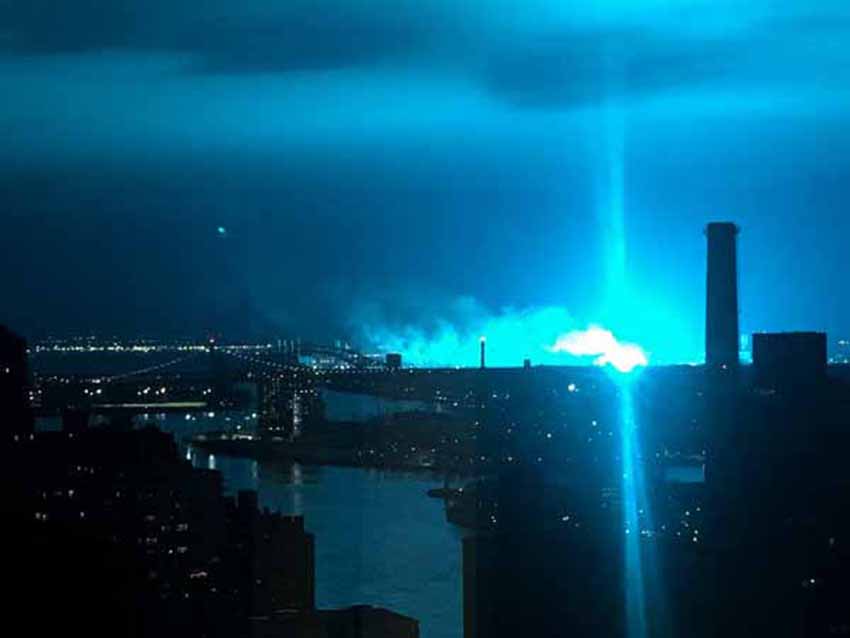 Around 9:12 p.m.Thursday night the sky over New York City turned several shades of bright fluorescent blue. There was smoke and a loud hum. The city responded with confusion, fear and lots of humor on social media wondering if aliens had invaded. No such luck. I guess that means we expect aliens and end time events now. The culprit turned out to be an explosion at a Con Edison plant in Queens. Miraculously, there were no injuries, except perhaps to the feelings of those who truly wanted to meet some aliens. What people were seeing was an electric arc flash. The electrical arc of that magnitude is similar to a thunder and lightning event. The sound people heard was the arc striking the ground. The authorities have not mentioned any possible contamination from the blast. Power was shut down at La Guardia Airport, near the plant, for about 45 minutes and flights were grounded. Welcome to New York.


Blue now highlights in the grids.

When Chevel Shepard sang "Blue" I knew she was destined to win.