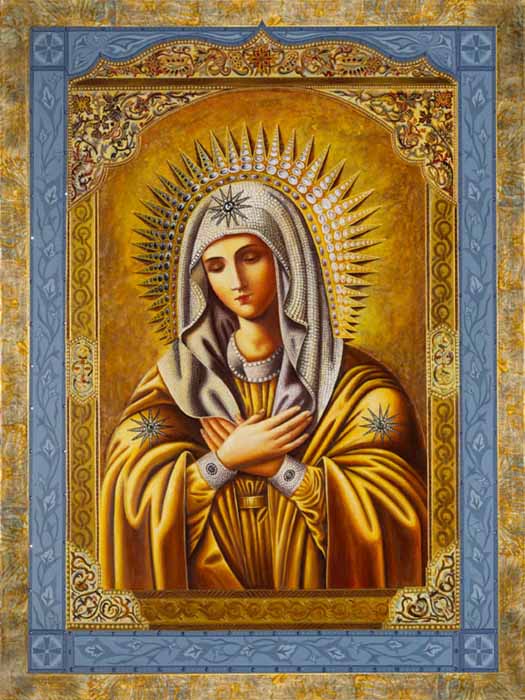 Mother Mary is identified in the Bible and in Quran as the mother of Jesus, the founder of the Christian religion. Christians hold her son Jesus to be the Christ or messiah foretold in Jewish scripture, and the God made flesh. Muslims also believe in Jesus as the foretold messiah, but disavow any actual divinity, instead regarding him as one of God's greatest Messengers. The gospels of Matthew and Luke in the New Testament describe Mary as a virgin.

The Gospel of Luke begins its account of Mary's life with the Annunciation, when the angel Gabriel appeared to her and announced her divine selection to be the mother of Jesus. According to gospel accounts, Mary was present at the Crucifixion of Jesus and is depicted as a member of the early Christian community in Jerusalem. According to Apocryphal writings, she never died but was assumed into Heaven; this is known in Christian teaching as the Assumption. Read more ...


Newfound 'Gospel of the Lots of Mary' Discovered in Ancient Text   Live Science - February 3, 2015
A 1,500-year-old book that contains a previously unknown gospel has been deciphered. The ancient manuscript may have been used to provide guidance or encouragement to people seeking help for their problems, according to a researcher who has studied the text. Written in Coptic, an Egyptian language, the opening reads (in translation): "The Gospel of the lots of Mary, the mother of the Lord Jesus Christ, she to whom Gabriel the Archangel brought the good news. He who will go forward with his whole heart will obtain what he seeks. Only do not be of two minds.