It all began this morning as I sat watching the QM II sailed under bridge at 6:30 ET - the full moon over the water mingling with the lights of the bridge and the Christmas decorations on either side of the water. As daylight took hold in this 'full moon 1 Cancer', I was looking at the bracelet my friend Mike and I had found while Christmas shopping on yesterday, 12/21/07, a gift from him. 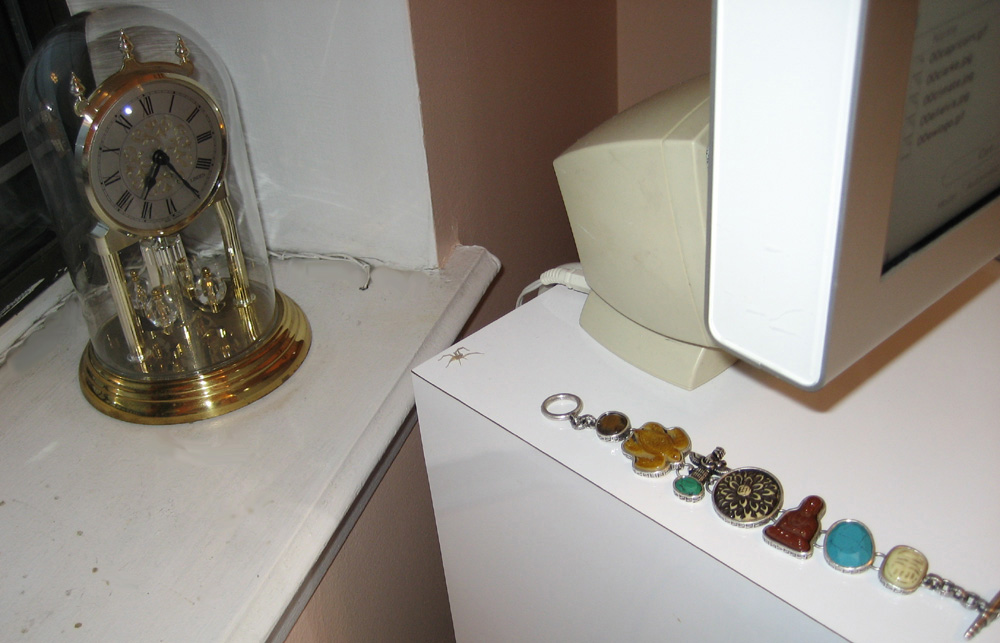 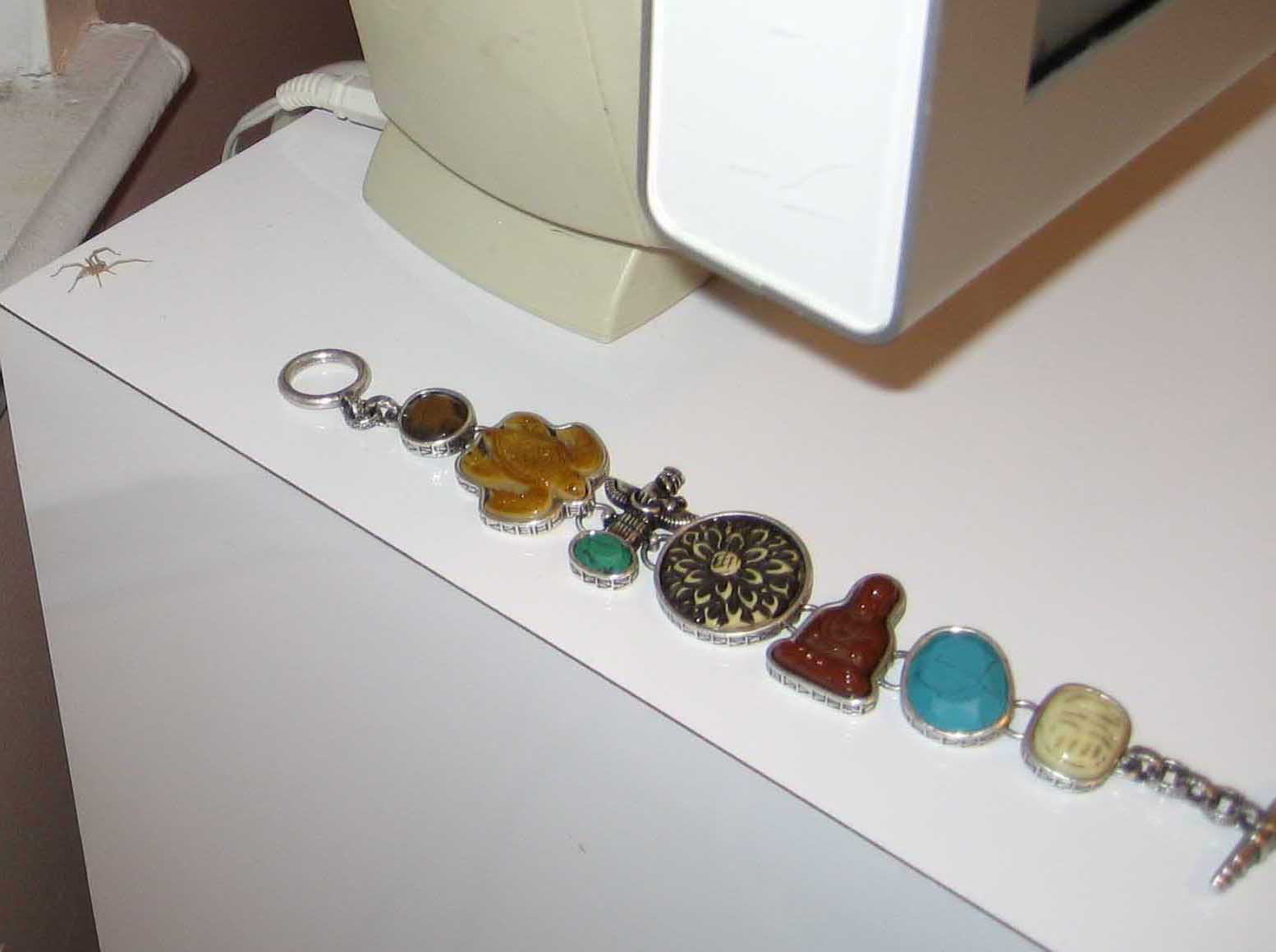 Something magical always happens when I'm with Dennis, who happens to be a Cancer. Cancer is linked to the Masonic Program in the Americas - 7/4/1776.

Suddenly ... a small white spider ran across the top of my computer table, startling me. I killed it ... then felt sad, knowing it was a synchronicity that it showed up at that time. Did I kill the messenger? If you miss the message, another manifests immediately as time is running out. BTW... I never see spiders here except the night a white spider appeared before I did The Daily Show with Jon Stewart.

A short time later Dennis noticed another spider on the far end of the table, calling my attention to it. "It's been resurrected!" he suggested .. a great metaphor. White animals always suggest prophecy and ascension.

Scorpio is Egypt - the Middle East - where it all began in the place where the rivers (Tigris and Euphrates) once met and flowed together.

Scorpio Rising has to do with the end of the Masonic program, consciousness ascending back into source. Some associate it with Atlantis Rising, the old Atlantean Program now shut.

The spider looked like it was in a state of suspended animation allowing me to gently slide the bracelet close enough to take some photos to post.

By the time I posted, the white spider disappeared.

And the beat goes on in the cycles of time .... Tick Tock!