The Garden of Eden 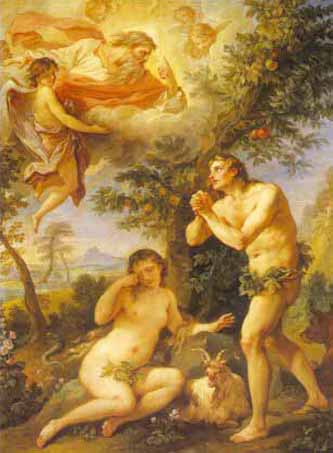 The origin of the term "Eden", which in Hebrew means "delight", may lie with the Akkadian word edinu, which itself derives from the Sumerian term E.DIN. The Sumerian term means "plain" or "steppe", so the connection between the words may be coincidental, although this word is known to have been used by the Sumerians to refer to Mesopotamia as the "valley of E'din", meaning the fertile lands between the Tigris and Euphrates.

The Garden of Eden described in the Book of Genesis as being the place where the first man, Adam, and the first woman, Eve, lived after they were created by God. The past physical existence of this garden forms part of the creation belief of the Abrahamic religions. The creation story in Genesis relates the geographical location of both Eden and the garden to four major rivers (Pishon, Gihon, Hiddekel, Euphrates), as well as a number of named regions (Havilah, Cush, Asshur or Assyria) (see Genesis 2:10-14). This seems to suggest a setting in the ancient near east, specifically somewhere in or near Mesopotamia. However, because the identification of these rivers has been the subject of much controversy and speculation, a substantial consensus now exists that the knowledge of the location of Eden has been lost. There is yet no other indication found of its existence beyond the record found in Genesis and other early Judaeo-Christian literature, such as Jubilees.

The Book of Genesis contains little information on the garden itself. It was home to both the Tree of Life and the Tree of Knowledge of good and evil, as well as an abundance of other vegetation that could feed Adam and Eve.

"A river flowed out of Eden to water the garden, and there it divided and became four rivers".

The text asserts that within the Garden the river divided into four branches: Tigris, Euphrates, Pishon and Gihon. The identity of the latter two rivers have been the subject of endless argument, but if the Garden of Eden had really been near the sources of the Tigris and the Euphrates, then the original narrators in the land of Canaan would have identified it as located generally in the Taurus Mountains.

The Urantia Papers (1955) state that three locations were considered for the garden: The first was an island in the Persian Gulf; the second, the river location subsequently occupied as the second garden; the third, a long narrow peninsula - almost an island - projecting westward from the eastern shores of the Mediterranean Sea. The committee almost unanimously favored the third selection.

This Mediterranean peninsula had a salubrious climate and an equable temperature; this stabilized weather was due to the encircling mountains and to the fact that this area was virtually an island in an inland sea. While it rained copiously on the surrounding highlands, it seldom rained in Eden proper. But each night, from the extensive network of artificial irrigation channels, a "mist would go up" to refresh the vegetation of the Garden.

The coast line of this land mass was considerably elevated, and the neck connecting with the mainland was only twenty-seven miles wide at the narrowest point. The great river that watered the Garden came down from the higher lands of the peninsula and flowed east through the peninsular neck to the mainland and thence across the lowlands of Mesopotamia to the sea beyond. It was fed by four tributaries which took origin in the coastal hills of the Edenic peninsula, and these are the "four heads" of the river which "went out of Eden," and which later became confused with the branches of the rivers surrounding the second garden.

The mountains surrounding the Garden abounded in precious stones and metals, though these received very little attention. The dominant idea was to be the glorification of horticulture and the exaltation of agriculture.

The site chosen for the Garden was probably the most beautiful spot of its kind in all the world, and the climate was then ideal. Nowhere else was there a location which could have lent itself so perfectly to becoming such a paradise of botanic expression. In this rendezvous the cream of the civilization of Urantia was forgathering. Without and beyond, the world lay in darkness, ignorance, and savagery.

Eden was the one bright spot on Urantia; it was naturally a dream of loveliness, and it soon became a poem of exquisite and perfected landscape glory.


Satellite photos reveal two dry riverbeds flowing toward the Persian Gulf near where the Tigris and Euphrates also terminate. While that accounts for four rivers in the vicinity, that area is the mouth of those rivers rather than their source.


In Isaac Asimov's Asimov's Guide to the Bible, he makes note that you should "Notice that it is not the garden itself which is called Eden. One cannot speak of 'Eden' as though it were synonymous with the Garden, any more than one can speak of 'California' as though it were synonymous with Yosemite Park." His words echo that of the Talmud written over 1,500 years before him which states (Brachos 34b) that the Garden is distinct from Eden.

If the location of the original tellers of the tale is ignored, then there have been a number of claims as to the actual geographic location of the Garden of Eden, though none of these have much connection to the text of Genesis. Most put the Garden somewhere in the Middle East near Mesopotamia. Locations as diverse as Ethiopia, Java, the Seychelles, Brabant, and Bristol, Florida have all been proposed as locations for the garden. Many Christian theologians believe that the Garden never had a terrestrial existence, but was instead an adjunct to heaven as it became identified with Paradise.

Others point out that the world of Eden's time was destroyed during Noah's Flood and it is therefore impossible to place the Garden anywhere in post-flood geography. There is also an attempt to tie this with the mystical sunken land of Atlantis. One favorite location is Sundaland which today is the South China Sea. In this case the current Tigris and Euphrates rivers are not the ones referred to in the narrative, but later rivers named after two of the earlier rivers, just as in more modern times colonists would name features of their new land after similar features in their homeland. This idea also resolves the apparent problem that the Bible describes the rivers as having a common source, which the current rivers do not.

One recent claim by archaeologist David Rohl puts the garden in the north-western Iran. According to him, the Garden is a river valley east of the Sahand Mountain, near Tabriz. He cites several geological similarities with Biblical descriptions, and multiple linguistic parallels as proof.

The Urantia Book (1955) places the Garden of Eden in a long narrow peninsula projecting westward from the eastern shores of the Mediterranean and having been long ago submerged in connection with volcanic activity and the submergence of a Sicilian land bridge to Africa, features unidentified by geologists. Recent exploratory efforts (2004) show promising signs of structures in the area east of Crete, where the Garden is believed to be submerged.

Some of the historians working from within the cultural horizons of southernmost Sumer, where the earliest surviving source of the legend lies, point to the quite genuine Bronze Age entrepot of the island Dilmun (now Bahrain) in the Persian Gulf, described as 'the place where the sun rises' and 'the Land of the Living'. The setting of the Sumerian creation myth, Enuma Elish, has clear parallels with the Genesis narratives. After its actual decline, beginning about 1500 B.C., Dilmun developed such a reputation as a long-lost garden of exotic perfections that it appears to have influenced the story of the Garden of Eden. In a reverse process, literal-minded interpreters have sometimes tried to establish an Edenic garden at the trading-center of Dilmun.

The first Sumerians lived in the plains of what is now southern Iraq. The Sumerian word for plain is "edin", and it is very likely that the name "Eden" has derived from this. Sumerian Gods create a biogenetic experiment.

The Garden of Eden is a creation myth replete with symbolic content. The story is laced with metaphors for the reader to beli'eve', then to unravel, arriving at the truth behind the illusion. The obvious metaphors are male/female, duality, polarity of our experience in a bipolar electromagnetic experiment.

We also find a link with ancient aliens and Sumerian Gods who came to Earth to create a biogenetic experiment called Humans. 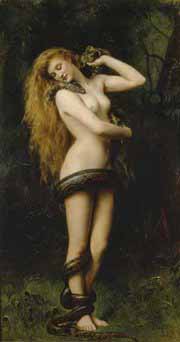 The fall represents consciousness slowing down as it spirals (falls) into the symbolic tree of life or physical experience/experiment from which it is about to evolve.