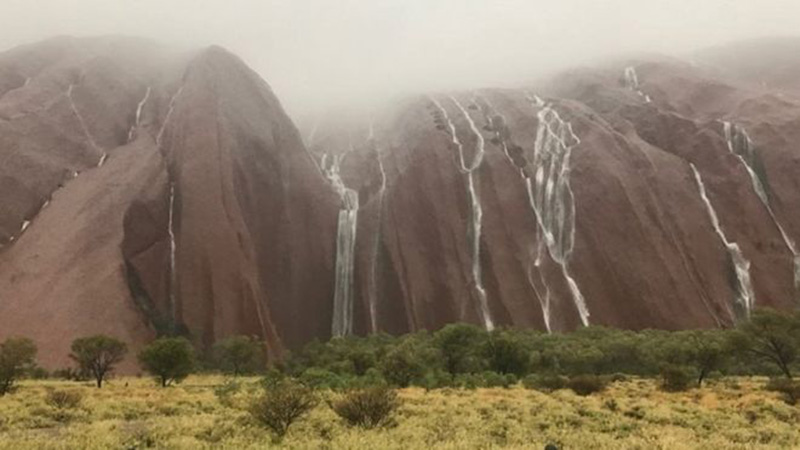 
One of the more popular Crystalinks files in past years has been Uluru or Ayers Rock because of its spiritual significance. It is considered one of the great wonders of the world and one of Australia's most recognizable natural icons. It is a large magnetic mound not unlike Silbury Hill in England.

It is located on a major planetary grid point much like the Great Pyramid in Egypt.

Uluru is a sacred part of Aboriginal tribes' creation mythology, which takes us to dreamtime. To indigenous people, reality is a dream or illusion. I call it a consciousness hologram created in physical reality to experience an study emotions. You are the anthropology student who came here to be part of the end cycle of the dream, which as you know is presenting some interesting challenges.


Flooding rains bring rare waterfalls to Australia's Uluru --   AFP - January 16, 2010
Heavy rains which flooded parts of Australia's vast desert centre have brought rare waterfalls spilling from the iconic monolith Uluru, or Ayers Rocks, officials said Saturday. The deluge, which swept across much of the continent's east after a tropical cyclone last month, prompted a wave of green in the Uluru-Kata Tjuta National Park, home to the giant red rock. Uluru typically receives little more than 12 inches of rain a year, and January is its hottest, driest month, with temperatures topping to 45 degrees Celsius (113 F). 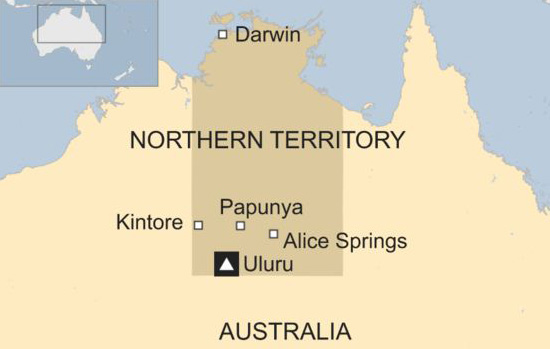 A record amount of rainfall has led to the closure of Australia's famous national park at Uluru. Waterfalls appeared all over the landmark, also known as Ayers Rock, at the heart of the park in central Australia. The Bureau of Meteorology (BOM) described the massive Christmas storm as a twice-a-century weather event. Flash floods in the remote town of Kintore forced the evacuation of dozens of residents. Northern Territory police told Australia's ABC Network that up to 25 houses were flooded in the town, near the border with the state of Western Australia. The town was almost cut off, with only severely impaired access from the Western Australian side, they added. Papunya, another town 250km (155 miles) from Alice Springs, was completely cut off, while the town square of Yulara - the nearest community to Uluru - was inundated.