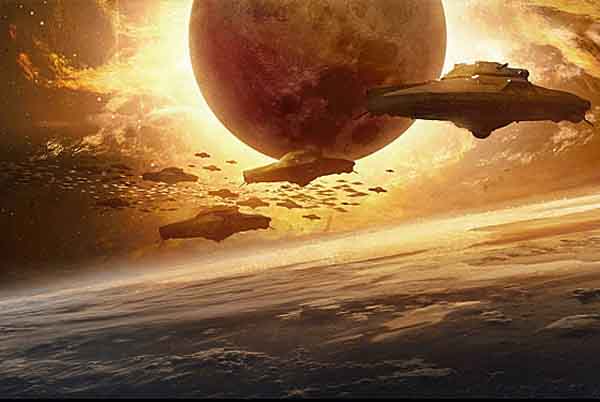 There are few people around the world who don't believe that something is out there. Reports of lights in the sky, abductions, personal encounters, research, physical evidence, and media dissemination allow most people to know we have been visited throughout history by one or more alien groups ... who may or may not return one day. Everyone has a theory and has drawn their own conclusions based on their programing for experience in the hologram we call our reality.

Have you ever been taken? If so what was it like? What were you told? How did the entities appear to you? Do you think they play a role in world events today ... how about at the close of the hologram? Do you think they represent our conception of creation forces just as ancient civilizations portray their god and goddesses. Are they in truth all the same ... from the same source? Do you think you will ever go on a ship? Why are UFO sights increasing - both reported and not reported? 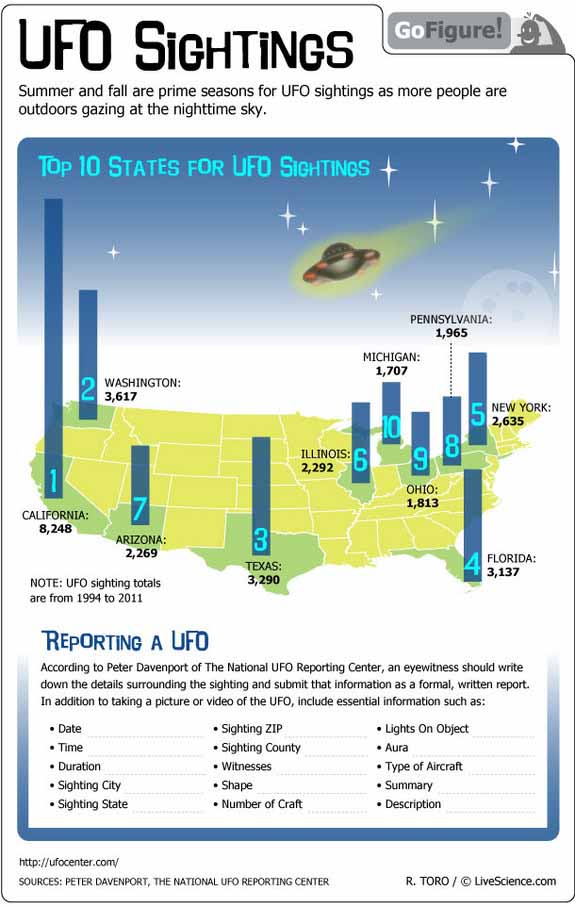 
Seeking answers to unexplained observations would seem a part of the human DNA, with our search for the "God particle" and other truths motivating many a scientist. And while unexplained flying objects have no real science going for them, that hasn't stemmed any interest and want to believe in them. And while UFO sightings abound all year, apparently there was a spike this August 2011. In fact, for some states the number of UFO sightings doubled compared with normal.

Spikes in UFO sightings have various explanations, including the fact that they tend to appear high in the sky, so whatever is really causing the sight is in view of thousands of people. That means reports could be of the same incident or several. Movies and other media also can pique people's interest in aliens and UFOs.

In addition, flying objects lend themselves to UFO interpretations. For instance, last year, a cluster of silvery, shiny lights floated above Manhattan's Chelsea district set off claims of UFO sightings. Later officials from a school in Mount Vernon identified these flying objects as helium balloons that had escaped from an engagement party.

The sightings were very similar to a famous UFO report from New Jersey's Morris County on the evening of Jan. 5, 2009, when an 11-year-old girl noticed bright lights in the sky. The glowing, slowly moving, red lights were later explained as a hoax; two pranksters had tied road flares to helium balloons and released them "as a social experiment."

Such sightings have quite a history. The first reported UFO sighting occurred in the 1960s when Barney and Betty Hill claimed they had been abducted by aliens. They reportedly said they were pursued by a glowing UFO through parts of New Hampshire. The couple came to believe that they had been abducted by the UFO's occupants, who then erased their memories. With psychiatric help and under hypnosis, the couple reported full-blown, detailed "repressed memories" of their abduction.