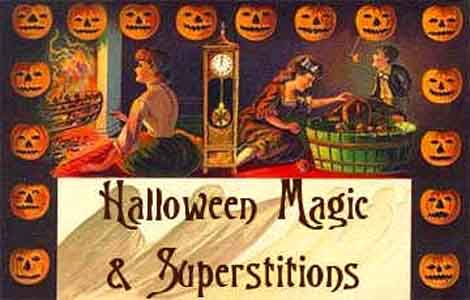 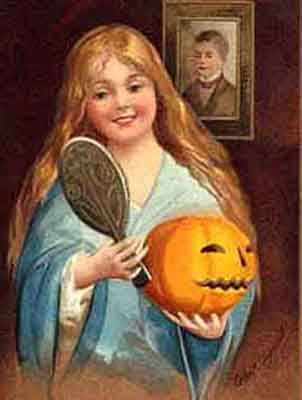 On Halloween we often address superstitions and how they affect what we do. In the old days, these beliefs systems were far more prevalent than they are today, as people let go of old paradigms, religious beliefs, and things that create fear factor and generally aren't true. They are part of control issues, in a time when we seek to rid ourselves of outmoded belief systems that have long controlled human thinking. The higher your frequency, the more you would not believe in anything that grounds your frequency to our third dimensional grid experiment. Superstitions are generally part of fear and ignorance.

We often create supersititions about things in our lives, that are personal to us, though not part of traditional superstitions. Many things can overlap into the term 'superstition', especially along the line of astrology, when a specific aspect in one's chart can cause unusal behavior; ie... an astrologer friend, who reads her chart every day, told me that a certain aspect highlighted in her chart last week - linked to having an accident. As a result she spent the day at home, fearing the worst. By thinking she will have an accident, she could easily manifest it, no matter where she is. She did not have an accident. She has a bad back and has a fear of falling. As a result, she falls more often than the norm - having nothing to do with her back - a self-fulfilling prophecy, and injures herself badly each time. It's all about fear manifesting in physical reality.

It's always about adjusting your grid matrix for attraction and manifestation. You probably need to work on that. It's not about thinking things into reality - or using spells or tools - to that end - placing the power outside your grid - as many do with little results. It all goes to cause and affect and what you want to experience within the parameters of your DNA programming.

It's best to observe yourself as you move through life - as if an outsider - and see what you are attracting and why - what you feel you deserve and how you achieve it. Be practical based on your soul's profile of experiences here. Positive frequency experience are the way to go - high self-esteem and readiness to accept the good things into your life - no longer playing the victim in drama -- Psychology 101 - or 1010 in the grid program.

As for Ellie and superstitions - as a child, I was brought up with the usual ones, some linked to my Jewish heritage. As an adult, I discount them all, as they do not fit into the reality in which I exist and pay attention to what my soul is guiding at the moment, generally detached from the illusions of emotional grid. When things are out of balance, I re-adjust my grid to create balance. You can learn to do it too, by letting go, just let go and not playing into the dramas of life. You are part of the magician - find that part!