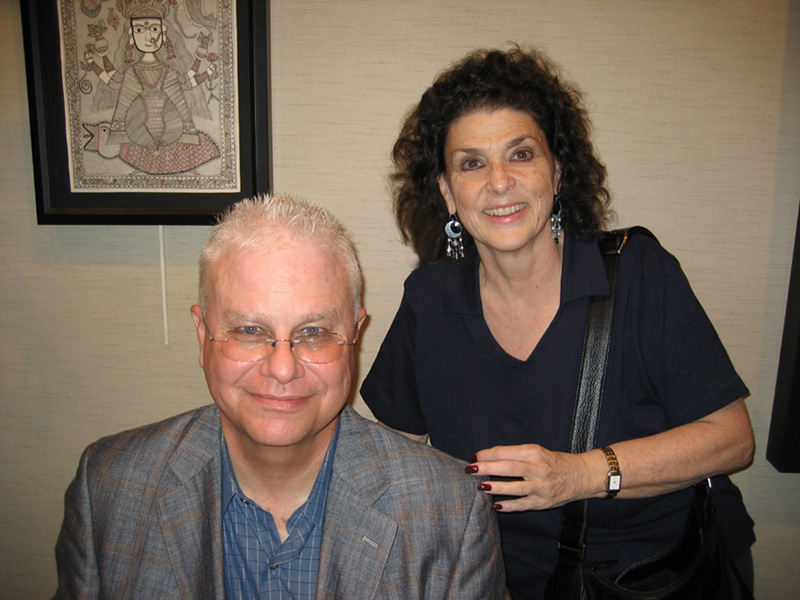 What a Difference a Decade Makes ...

It's been ten years since Whitley Strieber and I last met, and boy have we come a long way baby, not to mention the amazing changes in East West Book Store. Whitley and I first met in 1989 at a meeting in Manhattan. In 1996, we met again at the Star Knowledge Conference in South Dakota. Tonight we met again.

To begin the evening, I met friends Pat and George early, to explore the renovated store, filled with books, crystals, etc. (no photos allowed). I met a saleswoman who remembered me from years ago when I had an office a block away, which I visited last night. Sometimes it's nice to revisit the past just to see how much has changed within, and outside of, your experience here. There is nothing like the pulse of NYC. I could never be happy living anywhere else.

Back in East West, I was greeted by many Ellie's World readers who stopped by to meet me and to hear Whitley. As with other EW readers I have met in the past, they shared the fact that whatever I blog here, seems to parallel something in their lives at that time. Never forget, I read grids, timelines and the stories are created by Z. It was a pleasure to meet everyone and share information. Thank you all for showing up! Special thanks to Laurel from New Orleans, who is visiting the city with her husband and brought me a wonderful gift, a book and CD called Children of the Sun. This certainly seems to be a year I am around the world of books and publishing.

Harold Egeln is a fellow researcher and long time neighbor and friend who I first met at a MUFON meeting in 1989. Harold also lives in Bay Ridge, where he writes for a local newspaper. He is the founder and director of S.P.A.C.E., the Search Project for Aspects of Close Encounters, a support and research group founded in New York City in 1992. Thursday night, just before Whitley arrived in the jammed packed room, I suddenly turned to Pat and said, "Harold is here." I turn to the staircase to my left and there was Harold coming up the stairs. He was joined by some of the members of his group, who I met years ago. Some of them remembered me and greeted me warmly. I also met fellow researchers and abductees from the UFO community that I hadn't seen in years.

Right on time, along came Whitley with his wife Anne, who happened to sit in from of me. She turned and told me also remembered the old days and it was good to meet again. Who would have thought that many years later we would be meeting back here in the city, having accomplished so much with our work. Whitley greeted me with a hug and said "It's been a long time, Ellie." Meeting Whitley was another trip down memory lane. I always believed he had been abducted and was here for greater global purpose to which I was connected somewhere out there. Whitley spoke about his books, old and new, and potential movies based on his stories. It was not hard to see the metaphors created in his latest sci fi book "2012 The War For Souls" which all begins with an explosion of the great pyramid. While looking through the book, my eyes stopped on a character named Al! (smile) I could see the patterns bringing it all home as we wind up the program.

Whitley spoke for 30 minutes followed by Q & A for another 30 then book signing. What I remember: Much of what he discussed went to current events and ties to my blogs 'Ellie's World' and 'Ezine' including escalating climate changes. He could not confirm that he believes group meditations could change anything.

Whitley sees a more evolved future. He wonders if the gray aliens are the Keepers of the Seed? (Shades of Sarah and Alexander)


Is reality a hologram? Whitley cited this August 2007 NY Times article Our Lives, Controlled From Some Guy's Couch that I blogged about Here.

Things we spoke about in metaphysical arenas years ago, are now coming to pass in physical reality - quantum physics gains validity.

When Whitley met with the Grays, he finally asked them what this is all about. Telepathically they showed him ... water (flood stories) - a compressor (time and grids compressing) - ice and bubbles (DNA).

Whitley and Anne moved from Texas to California to be near their son. Many will be guided to the coastlines (oceans) in the years ahead for reasons they may not understand until they are at 'Sea' 'C' level ... the flow, the current, etc.

2012 ... Like everyone else, he is not sure what will happen on that date, or won't commit, but talked about discussions with Jose Arguelles and others to that end. People who have given exact dates in the past have all been wrong.

After signing books, I walked over to Whitley to take a picture. He stopped and told me what I great job I was doing with Crystalinks. He couldn't have been more complimentary. Apparently, sooner or later, everyone visits Crystalinks for one reason or another. Though I would have liked to converse longer with Whitley, it was time to move on. We will meet again. 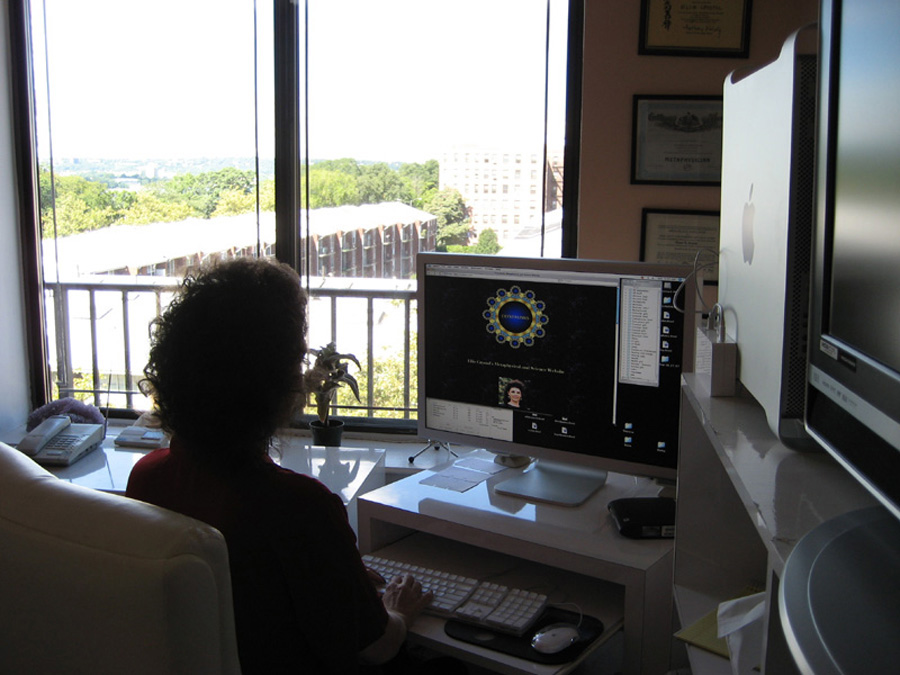 As I sit here updating my files, a thought comes to mind, actually more of a remembrance ... I am here to keep the records of the events in this program, for review after it closes - a Chronology of the experiment, if you will. I am here to educate and document the closure of the program. I am a storyteller. When the time is right, the Messenger will appear -- Thoth the Scribe, Hermes the Magician, Mercury the Messenger, Z at Zero Point Return - one and the same.

The Alchemy of Time