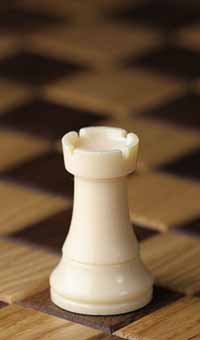 In my wake-up dream, I was the White Rook, feeling more like white light as I saw myself moving around the game board with great confidence, eliminating all obstacles. I heard, "The White Rook is the White Rock", which takes us to alchemy and the Philosopher's Stone in the sense of consciousness moving from one reality to another.

Rooks are most powerful towards the end of a game (i.e. the endgame), where they can move unobstructed by pawns and control large numbers of squares. A rook is a very powerful piece to deliver a checkmate. The rook moves horizontally or vertically, forward or back, through any number of unoccupied squares.

Originally the Rook symbolized a Chariot. The word Chariot takes us to Gods (various Biblical tales), UFOs, Flying Carpet metaphors for UFOs, the Merkabah an energetic vehicle of ascension, Viminas and other flying chariots that would allow one to understand that ancient civilizations were indeed visited by ancient astronauts. The Ethiopian Kebra Nagast mentions flying chariots - one used by King Solomon to fly around the world, the other given by him to the Queen of Sheba.

Today, as we unite science and science fiction, we find indisputable evidence for the existence of alien visitors throughout the history of humanity. Be patient, the truth will be known and it goes far beyond the dysfunctional Greys here in our program to conduct biogenetic experiments as a metaphor for who we are and why we are here.


The Chess Board is a Grid 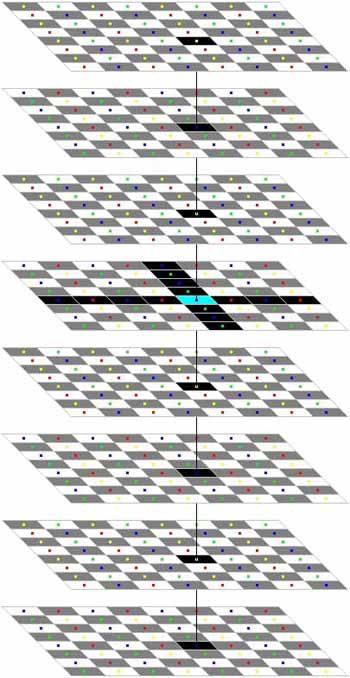 
The Rook is Called the Rook Bishop 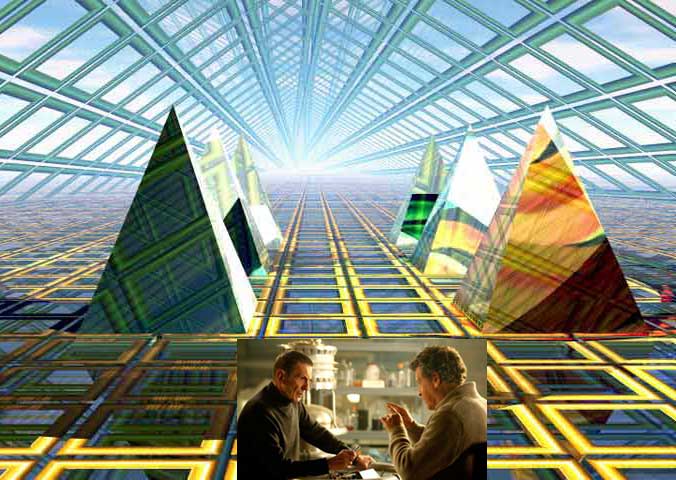 Walter Bishop and William Bell play on the game board in the Season Finale of Fringe.

In Over There Part 2 (May 20, 2010) - we got another look at life in the alternate universe. Peter was lost feeling he belongs in neither reality, until Olivia opened her heart by telling him he belongs with her. He embraced his destiny as they share a soul connection and the long awaited kiss.

Good acting by Leonard Nimoy in his final performance as his character William Bell made peace with Walter, issues resolved, Bell's body acting as an energetic vehicle to opening a doorway between universes. In the cliffhanger, Olivia is held captive by Walternet. Don't forget that her powers activate fully when she is scared. Hopefully the adventures of Peter and Olivia will develop into new and interesting story lines of the sci fi kind in Season 3 when Peter returns to rescue Olivia. 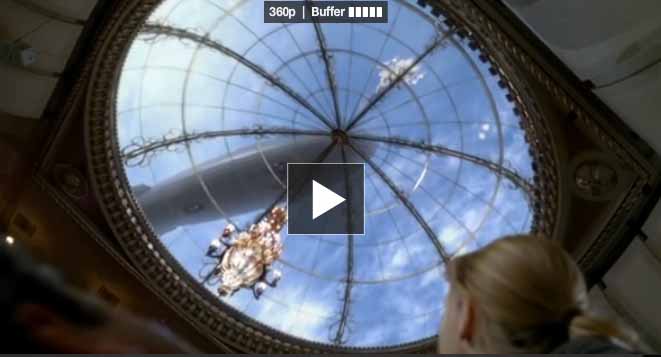 "Fringe" aired an episode called "Over There Part 1" in which a portal was opened to a parallel universe. Olivia, Walter and three of people with special abilities crossed over to find Peter.

The show takes place in Boston, yet it is decided that the best place to open the portal and cross over is a domed theater in Brooklyn, New York where I live.

After watching the scene, I was immediately 'shown' the huge skylight above my living room and wondered if the producers would have chosen a site near the Verrazano Bridge had the show continued to tape in NYC.