Looking to the Skies 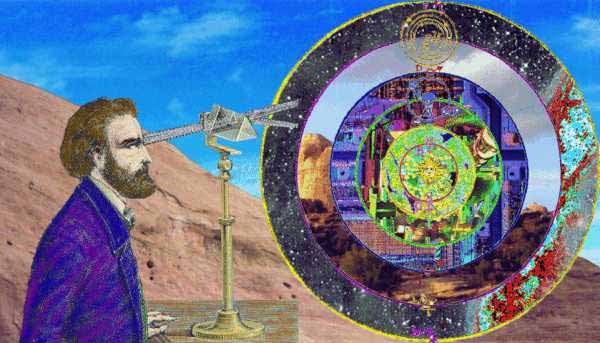 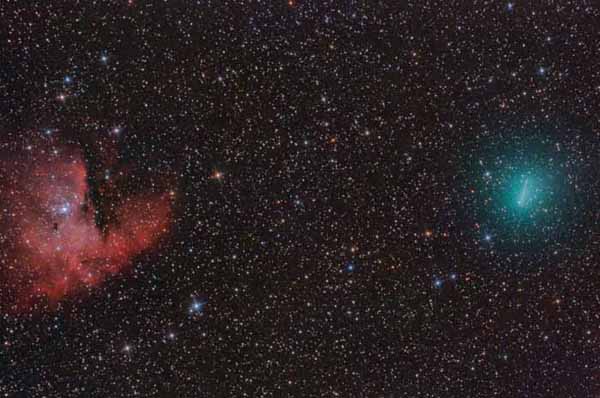 Touring the solar system with a 6 year orbital period, small comet Hartley 2 (103/P Hartley) will make its closest approach to planet Earth on October 20 and its closest approach to the Sun on October 28. It may become a naked-eye comet, just visible in clear, dark skies. Meanwhile the comet has been a tempting telescopic target, seen here with an alluring green coma as it shares the frame with emission nebula NGC 281 and stars of the constellation Cassiopeia on October 2. The nebula's gaping profile defined by dust clouds against the red glow suggests its more playful moniker, the Pacman Nebula. An apparent short bright streak shows the comet's motion against the background stars during the hour of accumulated exposure time. Over the next few days Comet Hartley 2's motion will also carry it across a field of view featuring the famous double star cluster in Perseus. On November 4 a spacecraft from planet Earth will actually fly within about 700 kilometers of the comet's nucleus. Now dubbed EPOXI, that spacecraft was formerly known as Deep Impact. 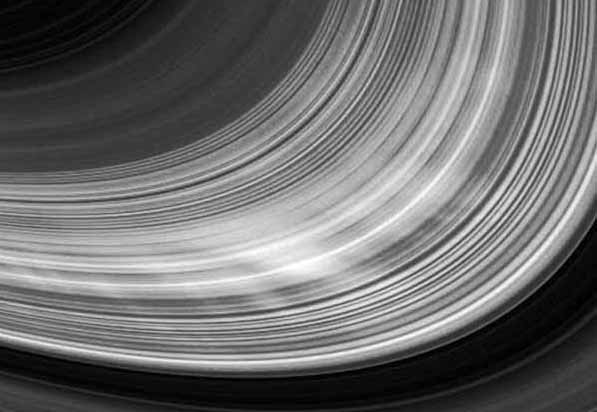 Spokes have not been seen in Saturn's rings for years. What caused them to return? Radial shadows extending across Saturn's ring plane, called "spokes," were first detected by the twin Voyager spacecraft as they flew past the giant planet in November 1980 and then in August 1981. However, when Cassini-Huygens entered orbit around Saturn in July 2004, the spokes were gone. Five years later, the now renamed Cassini-Equinox high resolution imagers have seen the spokes again.


Spoked wheels (rings, harmonics) take us to everything from "Wheels Within Wheels" - Chariots of Fire from the Bible which were UFOs ---> to the alchemy wheel of karma time (gears and synchronicity) and which is 12 around 1 or metaphoric 2012.


Wheels and Spheres: Music of the Spheres -mis an ancient philosophical concept that regards proportions in the movements of celestial bodies - the sun, moon, and planets - as a form of musica - the medieval Latin name for music. This music is not audible, but simply a mathematical concept.There is a legend that Pythagoras could hear the 'music of the spheres' enabling him to discover that consonant musical intervals can be expressed in simple ratios of small integers. Pythagoras told the Egyptian priests that Thoth had spoken to him and given him the ability to hear the harmony of the spheres. The tones correlated with the great celestial movements of the day.