Animals Said to Have Spiritual Experiences 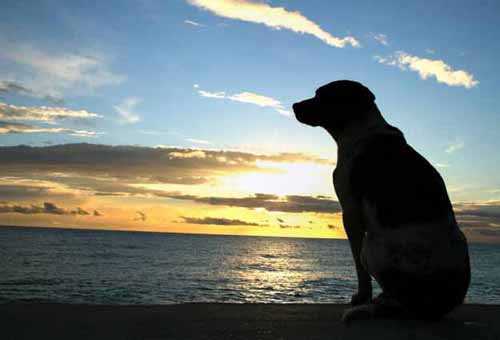 Reality is consciousness created by thought and frequency. It is the way psychic abilities of all kinds manifest in humans, animals, and plant life - all sentient life forms. Communication is done through frequencies of emotion, sensory vibrations, thought forms, and shared connection between animals with humans and other species. All is connected and can interact one way or another. Among the strongest psychic connections between humans and animals are dolphins, dogs, and cats.

We have all read remarkable stories of animal telepathy, their sense of direction and premonition, such as:.

Current research deals with animals and out of body experiences, something that cannot be proven conclusively, but as all is consciousness, or projection illusion, anything goes. Did you ever wonder if animals and their owners share dreams or OBE's?


Ever have an out-of-body experience? Your dog may have too. A neurologist and other scientists argue animals are capable of having spiritual experiences. The researchers hold that spiritual experiences originate within primitive parts of the human brain, structures shared by animals. The challenge lies in proving what animals experience.

Animals (not just people) likely have spiritual experiences, according to a prominent neurologist who has analyzed the processes of spiritual sensation for over three decades. Research suggests that spiritual experiences originate deep within primitive areas of the human brain - areas shared by other animals with brain structures like our own. The trick, of course, lies in proving animals' experiences.

"Since only humans are capable of language that can communicate the richness of spiritual experience, it is unlikely we will ever know with certainty what an animal subjectively experiences," Kevin Nelson, a professor of neurology at the University of Kentucky, told Discovery News. Despite this limitation, it is still reasonable to conclude that since the most primitive areas of our brain happen to be the spiritual, then we can expect that animals are also capable of spiritual experiences

The finding is an extension of his research on humans, which has been published in many peer-reviewed journals. A Neurology journal study, for example, determined that out-of-body experiences in humans are likely caused by the brain's arousal system, which regulates different states of consciousness.

In humans, we know that if we disrupt the (brain) region where vision, sense of motion, orientation in the Earth's gravitational field, and knowing the position of our body all come together, then out-of-body experiences can be caused literally by the flip of a switch. There is absolutely no reason to believe it is any different for a dog, cat, or primateŐs brain.

Other mammals also probably have near-death experiences comparable to those reported by certain humans, he believes. Such people often say they saw a light and felt as though they were moving down a tunnel.

The tunnel phenomenon is caused by the eye's susceptibility to the low blood flow that occurs with fainting or cardiac arres. As blood flow diminishes, vision fails peripherally first. There is no reason to believe that other animals are any different from us." Nelson added, "What they make of the tunnel is another matter.

The light aspect of near-death experiences can be explained by how the visual system defines REM (rapid eye movement) consciousness, he believes. In fact the link between REM and the physiological crises causing near-death experience are most strongly linked in animals, like cats and rats, which we can study in the laboratory.

Mystical experiences -- moments that inspire a sense of mystery and wonderment -- arise within the limbic system, he said. When specific parts of this system are removed from animal brains, mind-altering drugs like LSD have no effect.

Since other animals, such as non-human primates, horses, cats and dogs, also possess similar brain structures, it is possible that they too experience mystical moments, and may even have a sense of spiritual oneness, according to Nelson.

Marc Bekoff, a professor emeritus of ecology and evolutionary biology at the University of Colorado, Boulder, also believes animals have spiritual experiences, which he defines as experiences that are nonmaterial, intangible, introspective and comparable to what humans have. Both he and primatologist Jane Goodall have observed chimpanzees dancing with total abandon at waterfalls that emerge after heavy rains. Some of the chimps even appear to dance themselves into a trance-like state, as some humans do during religious and cultural rituals.

Goodall wondered, "Is it not possible that these (chimpanzee) performances are stimulated by feelings akin to wonder and awe? After a waterfall display the performer may sit on a rock, his eyes following the falling water. What is it, this water?" "Perhaps numerous animals engage in these rituals, but we haven't been lucky enough to see them," Bekoff wrote in a Psychology Today report. "For now, let's keep the door open to the idea that animals can be spiritual beings and let's consider the evidence for such a claim," he added. "Meager as it is, available evidence says, 'Yes, animals can have spiritual experiences,' and we need to conduct further research and engage in interdisciplinary discussions before we say that animals cannot and do not experience spirituality."