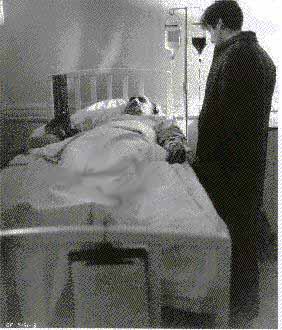 This common phenomenon involves a terminally ill person who suddenly appears to rally, or become conscious, talking to those around them in a lucid way, shortly before crossing over. They may have had years of mental illness or dementia, then suddenly awaken to bring closure.

To understand what is happening is to understand the nature of reality as a biogenetic experiment set in linear time to experience emotions. We exist in a matrix, simulation, dream, illusion, or a term used in physics - a Holographic Universe. Reality is in truth math and science. Just as you might say, "Time is an illusion", so is everything else. When the dying person sees spirits, they are seeing projections in another grid frequency.

Physical reality is programmed to keep you trapped in an emotional grid until the end while playing out your programming. Once free ... all comes clear.

In the final moment, before this reality experiment ends and all souls leave, there will be a moment of awakening, or enlightenment, when all is understand. I call it "Fades to Black" at the end of the hologram where all souls will instantly have total clarity about reality and their place in it. If you look at reality today, you will see that moment is almost here.

When a person dies in this reality, they remove their consciousness from their physical body or grid matrix, sometimes quickly, other times gradually. Near the end, their soul, or consciousness, can briefly return before permanently detaching. They may speak about seeing others who have died waiting to help them cross over or seeing a white light (the place of creation). By now you've seen this phenomenon in films, TV shows, and documentaries.

What most often motivates dying souls is closure. "I'm sorry." "Please forgive me." "Good-bye. I love you." All of these phrases resonant with the emotional needs of those left behind. Sometimes the dying person makes a deathbed confession - a cleansing of the soul to reconcile differences that were not addressed in the past. It is a time of forgiveness and releasing of pain. The dying person may also leave a password that a medium can repeat later on, another indication they are okay on the other side. 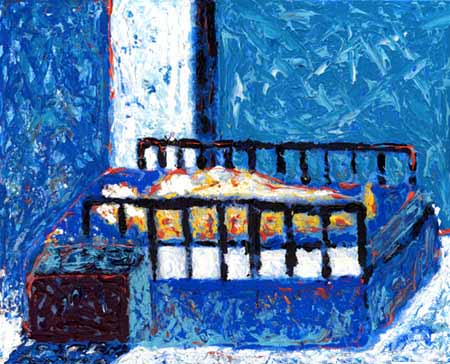 
People With Severe Mental Disorders Mysteriously Become Clear-Headed Just Before Death   Epoch Times - July 23, 2015
Patients who aren't even able to remember their own names for years may suddenly recognize their family members and have normal conversations. The varying physiological states of people who experience terminal lucidity suggest that a single mechanism isn't responsible.

OUT OF BODY EXPERIENCES