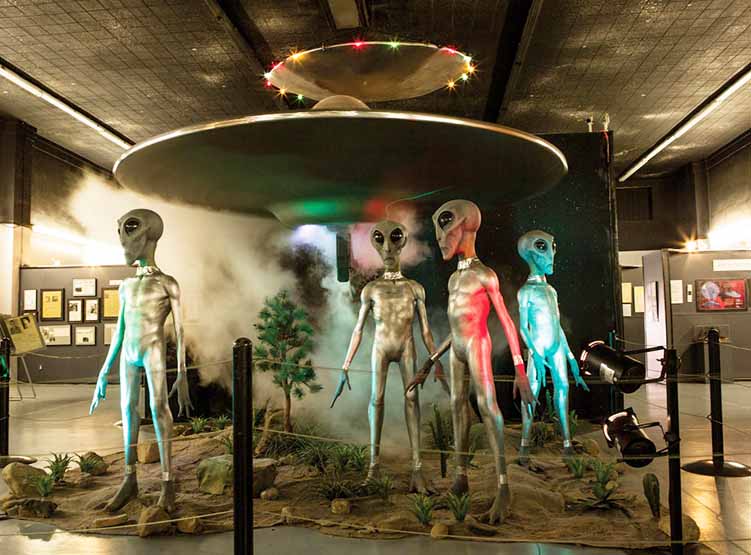 In a blast from the past ... The town of Roswell is gearing up to be one of the first in the area to bring back destination festivals since the pandemic with its UFO Festival July 2-4. It will be the 25th anniversary of the festival for the town that dubs itself the "UFO Capital of the World." The town became known around the world after an alleged UFO crash landing in 1947.

My friend Kim Barlett lives in Roswell, NM where for years she was involved with the July 4th Roswell Conference - pic above. We talked about me coming to Roswell for the annual UFO event - to lecture or just play - but it never happened. Kim has been along for the ride on Crystalinks since the beginning in 1995 where not all things are grounded on Planet Earth.

July 4th always takes us to ... the Roswell Incident not far from Mexico and Mt. Popocatepetl where UFOs come and go, alien-theme movies debut, the Masonic Program spikes in the grids, the discovery of the Higgs Boson, my story "Sarah and Alexander", and more.

In 2021 the festival returns for those who want to share their experiences, pics, art, videos, and information, but mostly it's about dressing up and being a silly alien. We need silly.

Though there is an increase in UFO sightings they are projected illusion like everything else your senses experience as real. The human-alien biogenetic experiment wrapped in 2008. Not quite sure what we're still doing here, but most can sense closure just ahead based on the evolution of life in this timeline. Aliens will not be returning. No reason to. 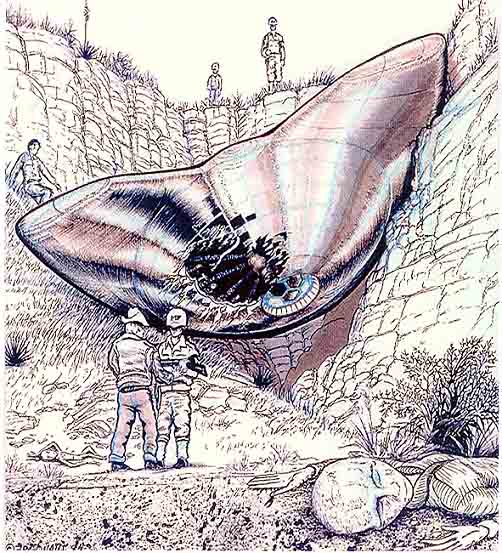 I love this pic of the Roswell Crash. Perhaps it reminds me of the junkyard of crashed UFOs under Antarctica. No ... It's about the shiny colors of the ship. The dead alien in the foreground - stage right - is fictitious or a hybrid that could not survive Earth's atmosphere. I'm not sure how I know what I do ... but I do. In truth the alien storyline is another insert in the simulation of reality to which I easily connect. 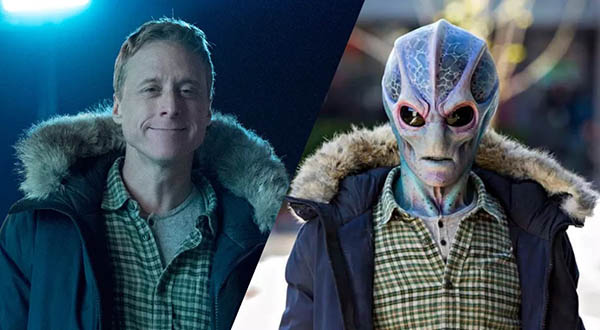 'Resident Alien' renewed for a second season on Syfy


Ellie's Tagline: We are all resident aliens here on Earth to experience physical reality from an emotional perspective until it's time to go home.

Looking for a sci-fi fix that connected, I started watching Resident Alien when it premiered on January 27, 2021. Premise: After crash-landing on Earth, an alien sent to wipe out humanity, kills and takes on the identity of a vacationing pathology physician. He wrestles with the moral dilemma of his secret mission, while also dealing with a 9-year-old boy who can see him as an alien.

During the 10-episode first season the show grew on me highlighted by the last two episodes with insights into UFOlogy. Episode nine featured a trip to a UFO conference with a guest appearance by Giorgio-Tsoukalos of Ancient Alien fame ... the storyline seeded with alien information for beginners. It was the final episode that connected the most for me as the alien prepares to complete his mission and return to his home planet.