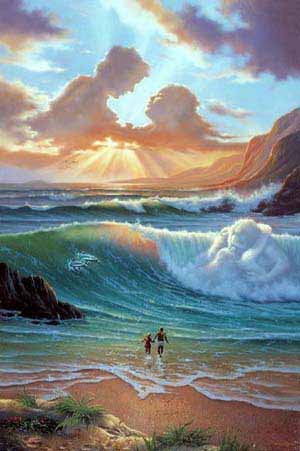 How many couples do you see?
The answer is 3.
The reactions of one couple affect the others.


I hope you had a great Valentine's Day. Mine was amazing - flowers, candy, cards, e-cards, surprises, and connecting with men from my past. How many of these men are in the same space I am today? More than I realized. I guess quantum entanglements reap surprises and great rewards!


November 2011 was about discovering the Fabric of the Cosmos: reality is a hologram, time is an illusion, quantum entanglements (the interconnectedness of everything), and multiverse theory.


February 14, 2012 was Valentine's Day ... a study in the emotions and physiology linked to love connecting us on many quantum levels of experience. What we are discovering is the interconnected of all things within the hologram and how they react based on quantum entanglement. As every soul comes from the same source, we are all quantumly entangled as you are about to discover. 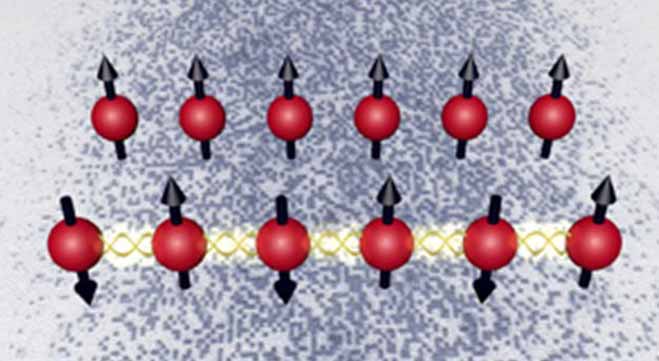 
One of the most mind-blowing areas of quantum mechanics is entanglement: two or more particles separated in space can have physical properties that are correlated. A measurement performed on one particle will tell us the result of the same measurement taken on an entangled particle. Entanglement is important but difficult to study, both in terms of a theoretical understanding and doing experiments. While entangling relatively small groups of particles has been accomplished several times over the last 30 years (pioneered by Aspect et al. in 1982), scaling these experiments up in sizes sufficient to create quantum computers and other complex systems has eluded researchers.

A significant step forward has been accomplished by entangling eight photons (previously six had been the largest number). Researchers from Shanghaišs University of Science and Technology of China created a system where eight photons were equally likely to be polarized in a specific orientation, something known colloquially as a ęSchrÜdinger catė state. In a paper published in Nature Photonics, authors Xing-Can Yao et al. describe a new technique that uses ultra-bright photon sources to control for some of the problems that plagued earlier entanglement experiments.

Unpolarized light, such as that produced by lasers and many other light sources, is a mixture of all possible polarization orientations. Various types of polarizing filters (including those found in some sunglasses) select just the photons with a particular direction of polarization. When your sunglasses do this, they are actually performing a quantum measurement: before the filter, the light from a given photon is in an equal mixture - a superposition - of ęhorizontalė and ęverticalė polarization states relative to the filter. The filter collapses the quantum state to just one of those orientations.

The basic technique used in the experiment by Yao et al. involves the excitation of beta-barium borate (BBO) with an ultraviolet laser. The photons induce a particular transition inside the crystal, which produces two new photons with polarizations that are complimentary to each other: if one is horizontally polarized, the other must be vertically polarized. Since the initial laser beam is unpolarized, we donšt know the polarization of these photons. But because their quantum states are linked - entangled- a measurement of one photonšs polarization immediately yields the value of the secondšs polarization, no matter how far the photons are separated in space.

Since the photons are in an undetermined state before measurement, according to the standard interpretation of quantum mechanics, they are seen as possessing both polarization states with equal probability. This is known as a ęSchrÜdinger catė state, by analogy with the classic thought experiment in which the catšs state is superposed between living and dead.

In the original SchrÜdinger's cat paper, the entanglement is between a macroscopic object - a cat - and a radioactive nucleus, which is a microscopic system, so photon experiments are not strictly describing the same sort of situation. However, the name has become common usage.

The new experiment, which boosts things from two to eight photons, is very complicated, involving the control of a variety of problems that have affected earlier trials of this sort. But its outline is relatively simple:

Photons from a pulsed ultraviolet laser are passed through a BBO crystal to split the light into entangled beams of photons, as described above.

After the split, another device known as a half-wave plate (HWP) is inserted in the path of one of the polarized photon beams, which converts horizontal polarization into vertical and vice-versa. After that, the polarized beams are recombined; this ensures that every photon has the same polarization state.

This process is repeated four times, so that eight photon beams are produced from the initial laser pulse, each consisting only of photons with a single polarization. Because of the way they are prepared, the photons should now be in an eight-particle SchrÜdinger cat state.

The photons from two separate BBO crystals are then compared using a polarizing beamsplitter (PBS), which will only transmit them if they are horizontally polarized. By using another half-wave plate before the comparison, the experimenters can determine the polarization is of each of the photon beams simultaneously, which shows whether all eight photons were truly entangled or not.

There are 256 possible polarization combinations from eight photons, but only one of those is consistent with a fully entangled state. The experimenters discarded any events containing more than eight photons, since determining entanglement is not possible under those conditions.

In an overwhelming number of cases, the researchers found polarization values as predicted by the entanglement model. The ratio of desired outcomes (consistent with entanglement) to undesired results was 530:1 using direct polarization measurements. A second test of entanglement, which used polarization orientations other than horizontal and vertical, found a ratio of approximately 4:1.

Eight photon entanglement is in a way incremental progress; previous experiments have measured six photon entanglement, and this particular setup is sufficiently more complex to beg the question of scalability. However, the system is also powerful enough that it is a step forward in terms of optical quantum computation. The authors suggest that their setup may enable quantum simulations to tackle more complicated problems in condensed matter physics than have been possible so far. By exploiting other aspects of the photonsš states besides polarization, additional aspects of entanglement may be explored and used for future quantum computing applications.