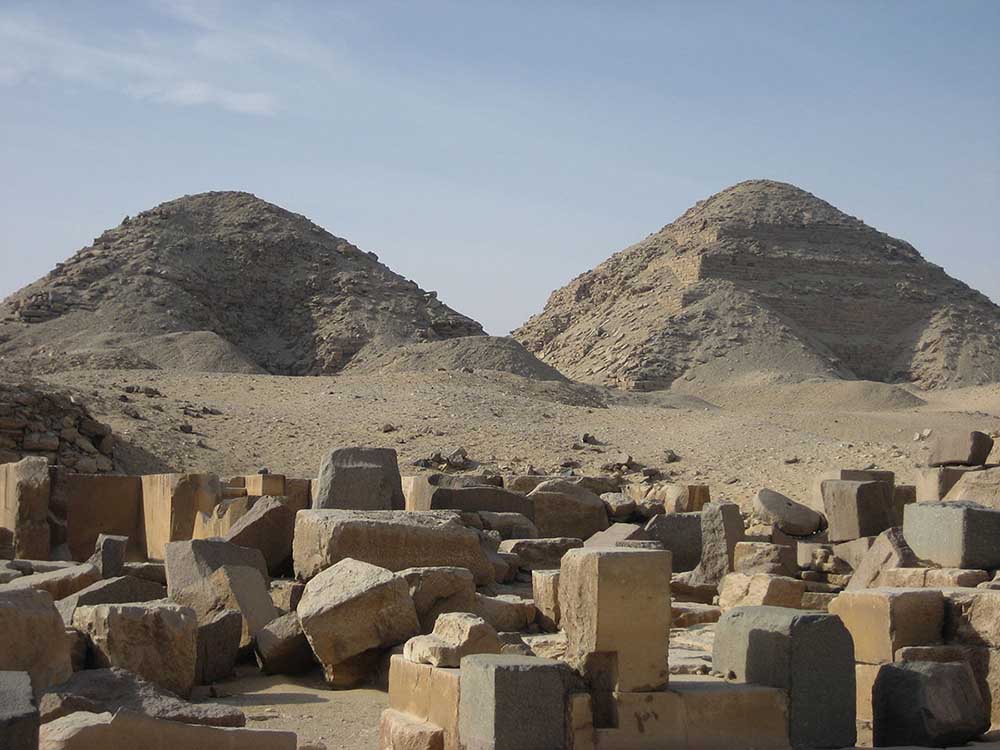 Abusir "The House or Temple of Osiris" is the name given to an Egyptian archaeological locality - specifically, an extensive necropolis of the Old Kingdom period, together with later additions - in the vicinity of the modern capital Cairo. The name is also that of a neighboring village in the Nile Valley, whence the site takes its name. Abusir is located several kilometres north of Saqqara and, like it, served as one of the main elite cemeteries for the ancient Egyptian capital city of Memphis. Several other villages in northern and southern Egypt are named Abusir or Busiri.

Abusir is one relatively small segment of the extensive "pyramid field" that extends from north of Giza to below Saqqara. The locality of Abusir took its turn as the focus of the prestigious western burial rites operating out of the then-capital of Memphis during the Old Kingdom 5th Dynasty. As an elite cemetery, neighboring Giza had by then "filled up" with the massive pyramids and other monuments of the 4th Dynasty, leading the 5th Dynasty pharaohs to seek sites elsewhere for their own funerary monuments.

Abusir was the origin of the largest find of Old Kingdom papyri to date - the Abusir Papyri. In the late nineteenth century, a number of Western museums acquired collections of fragmentary papyri from the administrative (temple) records of one Abusir funerary cult, that of king Neferirkare Kakai. This discovery was supplemented in the late twentieth century when excavations by a Czech expedition to the site revealed papyri from two other cult complexes, that of the pharaoh Neferefre (also read Raneferef) and for the king's mother Khentkaus II.

The Czech Institute of Egyptology of the Faculty of Arts, Charles University in Prague has been conducting excavations at Abusir since 1976. They are presently directed by Miroslav Barta.

There are considerable catacombs near the ancient town of Busiris (Pliny xxxvi. 12. s. 16). To the south of Busiris one great cemetery appears to have stretched over the plain. The Heptanomite Busiris was in fact a hamlet standing at one extremity of the necropolis of Memphis. 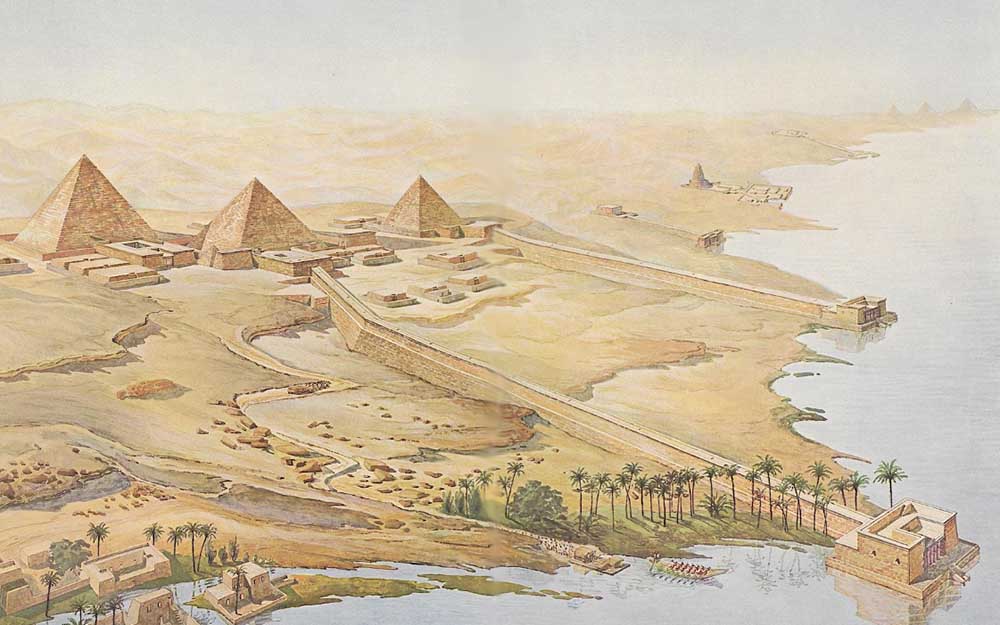 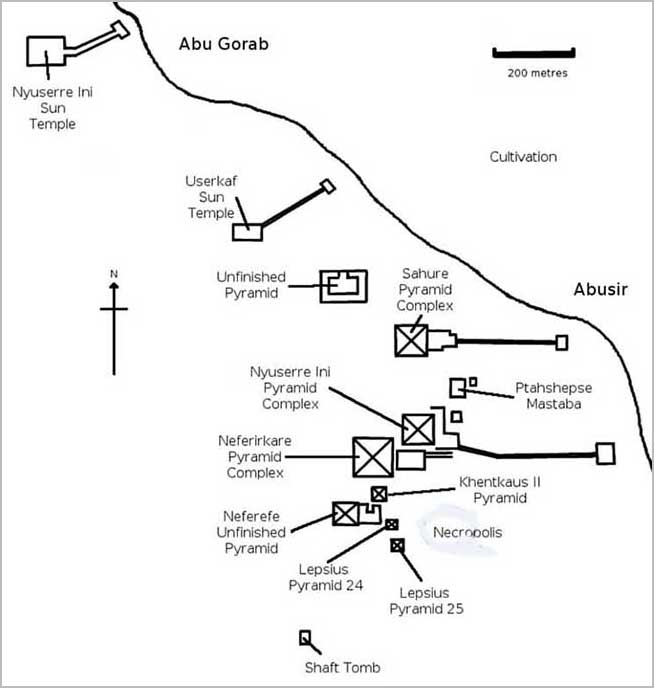 There are a total of 14 pyramids at this site, which served as the main royal necropolis during the Fifth Dynasty. The quality of construction of the Abusir pyramids is inferior to those of the Fourth Dynasty; perhaps signaling a decrease in royal power or a less vibrant economy. They are smaller than their predecessors, and are built of low quality local stone. All of the major pyramids at Abusir were built as step pyramids, although the largest of them - the Pyramid of Neferirkare - is believed to have originally been built as a step pyramid some seventy metres in height and then later transformed into a "true" pyramid by having its steps filled in with loose masonry.