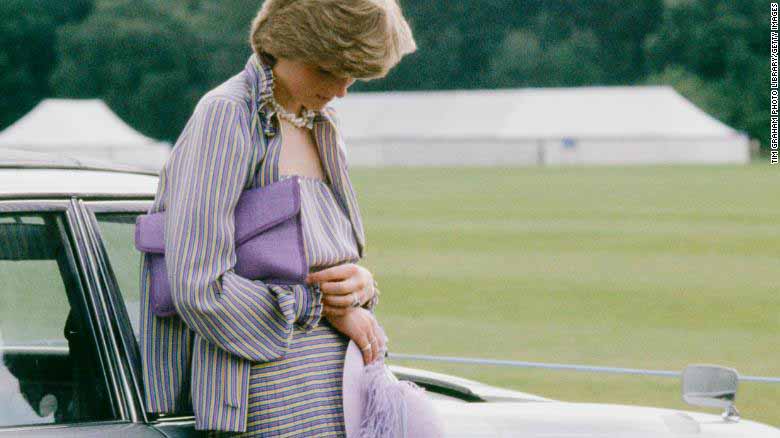 Wednesday August 31, 2002 marked the 25th anniversary of the death of Princess Diana. Remembering her life through pictures.

Most of us remember that tragic day and the events that led up to it ... going back to Diana meeting Prince Charles. We watched Diana walk down the aisle, introduce her sons to the world, but her expression and energies always belied an undertone of deep sadness. Today we might think it was clinical depression compounded by the fact that this 19-year-old girl married a man who was in love with another woman - a fairytale marriage destined to end in tragedy. That's what keeps the simulation running (negative emotions).

Everything about monarchies implies phony pretenses and showing the world what they expect to see not who they really are. It was a world where Megan and Harry could not find happiness and so they moved here to their $14million mansion on the water surrounded by family, friends, neighbors, and followers who support them. They spoke their truth - something Diana would have embraced. In so doing they introduced the world to the shortcomings of the British Monarchy leaving people to wonder what happens after Queen Elizabeth dies and many of the old ways die with her. You know how I feel about monarchies - they shouldn't exist - their assets divided among the people.

I am not an issues-person so when Harry and the rest continue to rehash the past I find it annoying and don't follow their rhetoric. To me this is another 'diversion' much like Trump and his family which some might equate to an American dynasty much like the Kennedys. All diversions.

Enough with these people and their issues. Down with monarchies. Focus today needs to be on far more pressing matters from climate to a potential nuclear disaster, war, economy, Covid, and you know the rest.

I'm not a believer in rehashing issues unless it's done privately within a family. It's now 21 years since 9/11. Do we really have to bring up the emotional energies of that day yet again. The people I know who were there don't return to Ground Zero anymore. They say they've had enough and they don't want to be reminded. Just let it go and move on. The human ability to dwell on issues to the point of OCD is one of the worst parts of the human experiment in emotions.

Today we honor the 25th anniversary of the death of Princess Diana. For some it's about honoring her memory but for others it's about dealing with their own emotions in terms of loss. No one ever heals until they are programmed to but an annual reminder gets annoying to the rest who have to pretend they care.