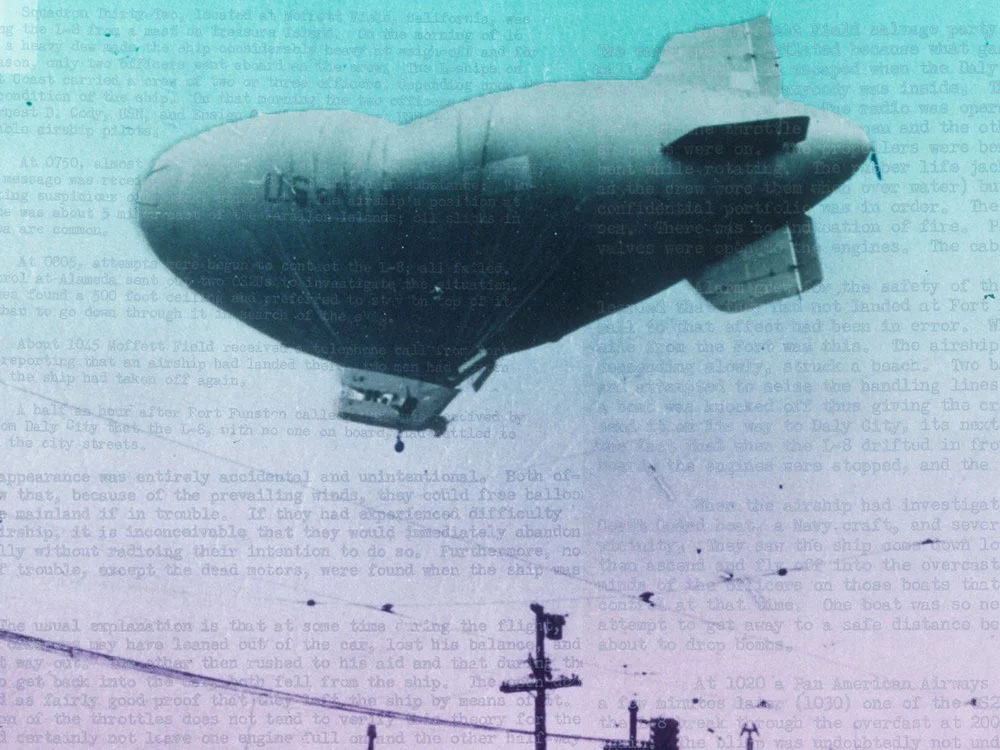 All sorts of strange anomalies happen at sea particularly during wartime when the grids that create physical reality often become compromised. We know about temporal distortions, mystery ghost ships, disappearances, the Philadelphia Experiment, UFOs that emerge from - or disappear into the water - and things that simply remain unexplained. In all cases there is a physical explanation even though at our level of scientific discovery we haven't found it yet. When in doubt we blame it on extraterrestrials particularly since World War II when the human biogenetic experiment took a turn incorporating extraterrestrial technology into the human design.

It began as a routine surveillance mission in the early months of World War II and ended in a mystery that remains unsolved after eight decades. At about 6 a.m. on August 16, 1942, the United States Navy blimp L-8 took off from a small airfield on Treasure Island, an artificial island built in San Francisco Bay for a recent world's fair. On board were two men: Lieutenant Ernest DeWitt Cody and Ensign Charles Ellis Adams. Continue reading