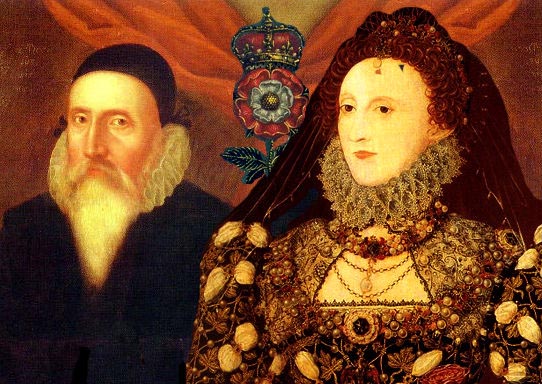 John Dee and Queen Elizabeth I 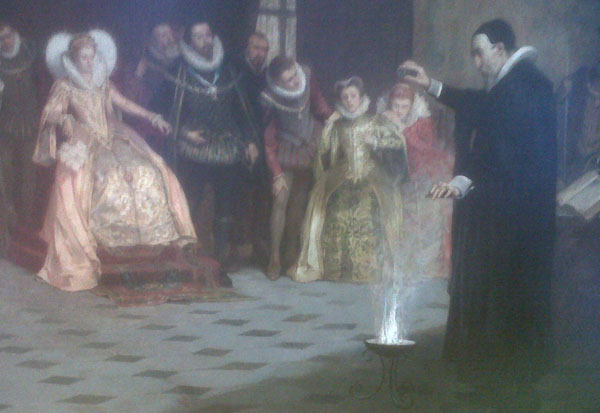 John Dee was my favorite alchemist - someone who could mix the realms of science and pseudoscience to create a touch of magic. All things align with the laws of physics - as we know them or as yet unknown - to be manifest in this reality. That which is not understood is often considered magic and illusion - which in truth is the nature of everything that exists in linear time. History and mythology are laced with tales of magic, spirits, aliens, gods, and more. 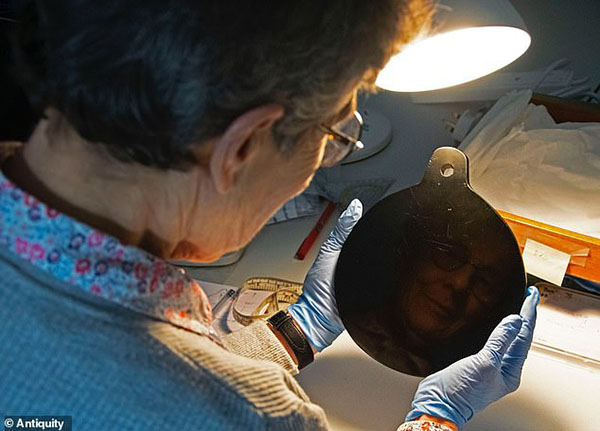 'Spirit mirror' used by 16th-century occultist John Dee came from the Aztec Empire. Dee, whom Elizabeth I called "my philosopher," used the mirror in attempts to talk to ghosts   Live Science - October 7, 2021


The 16th-century courtier John Dee, a scientific adviser to England's Queen Elizabeth I, was also deeply involved in magic and the occult, and he tried to commune with ghosts, using a so-called spirit mirror made of polished obsidian. Now, a new analysis of Dee's infamous mirror has finally traced its origins - not to the spirit world, but to the Aztec Empire.

Obsidian mirrors such as Dee's were known from Aztec culture, but there were no records on his mirror's origins. However, geochemical analysis enabled researchers to link the mirror's obsidian - a type of volcanic glass - to Pachuca, Mexico, a popular source of obsidian for Aztec people. This finding indicated that the artifact was Aztec and not a copy made from European obsidian, and Dee likely acquired the mirror after it was brought to Europe from Mexico, according to a new study. 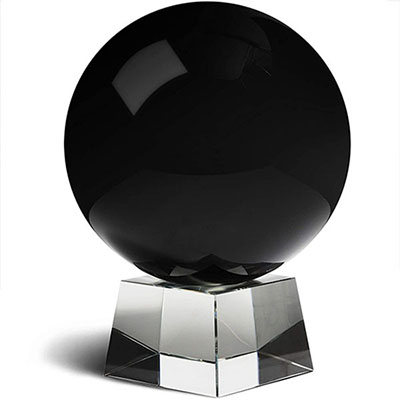 How did John Dee use a shiny object to connect with the grids (other side)? It's a form (Oracle) of Divination. You gaze on the object - usually shiny - much like a clear crystal ball. In a few seconds your consciousness enters the grids and you see whatever.

Nostradamus, ancient Egyptian oracles, and others seers throughout history used this form of divination to move their mind somewhere else - split the consciousness and becoming aware of something else while knowing where they were in this reality - sort of like remote viewing.

Your brain has to be programmed with the ability to do this so don't drive yourself crazy if you can't. Fun stuff for me. I call it "crystal scrying". Crystal scrying involves looking into a quartz crystal, seeing images, then giving them meaning based on archetypes familiar to the viewer. It is totally subjective, as two viewers looking at the same crystal at the same time can see something different. Inclusions within the crystal, help the scryer focus. The visions come from the viewer's consciousness.