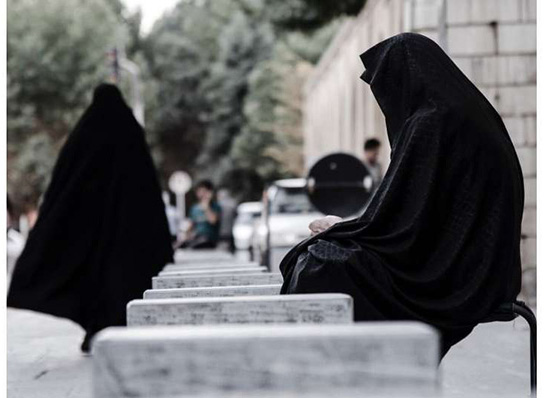 
I completely agree with this article. There are women living in my area of Bay Ridge, Brooklyn who wear an hijab and I find it condescending to their freedoms. I have a similar aversion to another local area where Hasidic Jewish women must always wear a wig from the time they get married. It's time to let go of archaic paradigms that suppress women's rights.


There are two meanings to the saying, 'Clothes make the man'. Now let's add, 'Clothes make the woman'. Simply put it means that people are judged based on the clothing they wear and are treated accordingly. On a deeper level this phrase can be understood to mean that by dressing in a certain manner you can actually shape your behavior and affect the way you perform. "if you look good you feel good and it shows".


On another note about Women's Rights - let's hope Democrats get enough votes in the Senate and House to make Roe v. Wade - or whatever it will be called - legal everywhere as sexual assaults on girls and women continues.

On June 24, 2022, the Supreme Court overruled Roe in Dobbs v. Jackson Women's Health Organization on the grounds that the substantive right to abortion was not "deeply rooted in this Nation's history or tradition", nor considered a right when the Due Process Clause was ratified in 1868, and was unknown in U.S. law until Roe. This view was disputed by some legal historians and criticized by the dissenting opinion, which argued that many other rights - contraception, interracial marriage, and same-sex marriage - did not exist when the Due Process Clause was ratified in 1868, and thus were unconstitutional by the Dobbs majority's logic. The decision was supported and opposed by the anti-abortion and abortion-rights movements in the United States, respectively, and was generally condemned by international observers and foreign leaders.