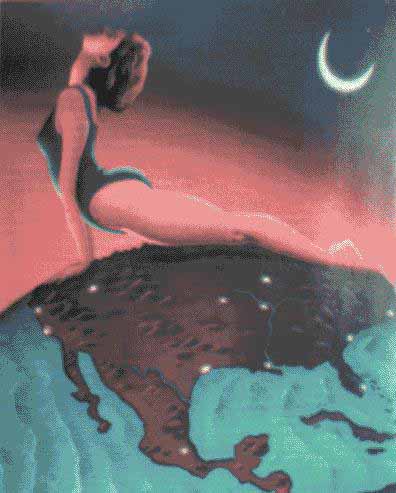 Is it okay to exercise before bedtime?

Do you like to exercise? Are one of those people who starts ... then stops ... then starts again ... much like dieting? Most of us have been there. We start to exercise, then get busy or lazy and stop. It's probably best is exercise becomes part of a comfortable routine. What is the goal of good health ... to avoid stress ... which also includes exercise.

Most anything can be considered exercise, from walking, running, dancing, and some include a good work-out of sex. I live in NYC were joining a gym, at any age, is common, and does wonders. You learn a lot about the physical body and how it works best to keep healthy.

In metaphysics people often prefer Yoga, Pilates, or various forms of martial arts, to keep fit. It is all about keeping the body, mind and soul in balance.

From a psychological perspective - many people with pent-up energies, ADHD, or other psychological issues, find that a strenuous work-out calms them down so they can function. That hyper energy needs a release.


Don't overdue it when exercising

I knew one woman who suffered from rage disorder - using running as her outlet. By age 40 she had problems with her knees and her menstrual cycles had stopped ... so she had to slow down and bring her body back into balance. Unfortunately damage to knees and other joints is generally not reversible. Don't overtax your body - know it's limits based on your age size, and other medical factors.

Starting a new exercise routine is tough, and one should start slow and pace themselves. When your body is in pain from getting into shape it's hard to really enjoy yourself. Like many things, exercise is all about perspective. If you're starting a new exercise regiment you might hate it simply because you're pushing yourself way too hard without realizing it.

From couch potatoes to Olympic athletes, everyone has a physical capacity for exertion, beyond which the body becomes stressed and begins to feel bad. How much stems from genetic factors-things like lung capacity, oxygen transport and the rate at which oxygen is used in the muscle cells-is still a subject of scholarly debate. But many sedentary people push beyond their intrinsic range when they try to exercise too quickly or intensely, which can make them hate the activity and want to stop.

The stress comes when you reach your "ventilatory threshold." When you breathe, you expel carbon dioxide equal to the amount of oxygen you take in, when you're working hard, you expel more carbon dioxide and the body finds that stressful. Essentially, the harder you work, the less oxygen you're getting and the worse you feel. For sedentary people, you might reach this threshold within as little as a minute. To track this, it's all about finding your exercise sweet spot and accepting it might be a little low when you're starting out. It's not just your body's ventilatory threshold though. It's also about how you interpret pain and exertion.

How people interpret some of the physical sensations of exertion or fatigue, such as buildup of lactic acid in muscle or increases in body temperature, can also influence whether they stick with an exercise routine. Some people tend to read such physical cues as a sign of a good workout or progress, whereas many sedentary people just find them uncomfortable or painful, say researchers.

Essentially, when you feel terrible after a workout, you're less likely to stick with your new routine. After all, we're trained to do the exact opposite of what makes us feel bad. In both cases, it's all about finding the perfect balance of a routine you'll stick to. The reason people don't like exercise is because they push past their limits and that makes them feel terrible. If you're sedentary, start small with lighter exercises and work your way up from there - if walking is too tough, try water exercises or recumbent biking. It'll take a long while, but you'll eventually increase both your ventilatory threshold and you'll understand sensations like fatigue better so you know when to quit.

Finding the routine that works for you is also about accepting where you are physically. For example, if you were an expert track and field runner in high school, you'll likely be disappointed in yourself when you hit the road again as an adult and can't make it a mile. Instead, find another sport you're interested in that's a little less intense and start there. You can also try lighter full body workouts with nothing but your body, or our own workout. It's also worth noting that when you're first starting out it might take a while before you feel your progress. Once you get into the habit of exercising, keep yourself interested by overcoming plateaus or trying interval training.

It's all about knowing your limits, and balancing how hard you're pushing yourself with your own thresholds. It's not always good to push hard when you're starting out, because that might be the exact thing that makes you quit.


When is the best time of the day to exercise?

Most of us have a preference. As a day person, I prefer the morning. I suppose night people, exercise best at night. This also various with one's schedule. The article below says that it's okay to exercise before bedtime and not only that, it may help you sleep better. I would assume that means exercise wears you out and you are exhausted.


Jogging at midnight? Walking in the moonlight?

If late night exercise works for you, just do it. That's new advice from a leading sleep group and other experts in sleep and exercise, all of whom say it's time to throw out the old rule that you should never exercise in the hours just before bedtime.

Most people can sleep just fine after a workout, say experts from the National Sleep Foundation, relying on evidence from a growing body of research and a new poll. The 2013 Sleep in America Poll, out today, finds people who exercise at any time of day report sleeping better and feeling more rested than those who don't exercise. It also finds people who exercise in the last four hours before bedtime report sleeping just as well as those exercising earlier in the day.

"The timing of exercise ought to be driven by when the pool's lap lane is open or when your tennis partner is available or when you have time to get away from work, not by some statement that has never been validated," says Barbara Phillips, a University of Kentucky sleep medicine specialist who worked on the poll.

More than half of vigorous and moderate exercisers reported sleeping better on days they exercised - even if it was close to bedtime. In the poll of 1,000 people, just 3% of late-day exercisers said they slept worse. Margin of error was plus or minus 3 percentage points.

The idea that exercise late in the day is bad for sleep was always based on conjecture and anecdote, Phillips and others say. The theory was that the stimulation of exercise, combined with rises in body temperature, would keep people awake.

For some, that may be true, but studies now suggest it's not the norm, says Shawn Youngstedt, a researcher at the University of South Carolina. He also worked on the poll.

Youngstedt conducted one study in which fit young men with no sleep problems rode stationary bikes for three hours and went to bed just 30 minutes later. They slept soundly. Other studies in good sleepers have shown similar results, he says. He is now starting a study of evening exercise in otherwise inactive people who do have sleep problems. "When I present this data, almost invariably, someone will say, 'I don't care what the data show - I think that exercising too close to bedtime is bad for my sleep,' " Youngstedt says. They may be right, he says. But, for many other people, the option of late-day exercise may open up healthy new horizons. "We have very busy lives now," he says. "For a lot of people evening is the most convenient time."

Jessica Matthews, a fitness instructor and personal trainer who is a spokeswoman for the American Council on Exercise, says her advice has evolved as it's become clearer that different times work for different people. She suggests people who want to try late-day exercise give it go - and play around with the timing, intensity and type of workout to see what feels right.

Some people may still find that they get "more bang for their buck" by exercising early in the day, especially if they can get outside and take advantage of morning sunlight, which can help keep the body clock running on time, says Michael Grandner, a sleep researcher at the University of Pennsylvania and a spokesman for the American Academy of Sleep Medicine.

But any exercise is better than none, for sleep and health, he says. He did not work on the new poll but isn't surprised it found active people sleep best: "Your body is meant to move. Getting the right type and amount of movement helps your body do what it was built to do, and that includes sleeping." Well-rested people also feel more like exercising, so the link goes both ways, he says.

Grandner says data from a larger survey of 150,000 people, conducted by the Centers for Disease Control and Prevention, also found that people who did any exercise, no matter how light, reported significantly better sleep than non-exercisers did.