The Disappearance of Flight MH370

Do you think they'll ever admit MH370 got caught up in a space-time experiment and is gone for good? I've read all the theories and seen the "alleged" evidence. The plane is not in this reality ... anywhere. I usually don't look to the paranormal for answers but I "saw" the event happen. It's all math and physics. Again we grieve for those who have no closure. 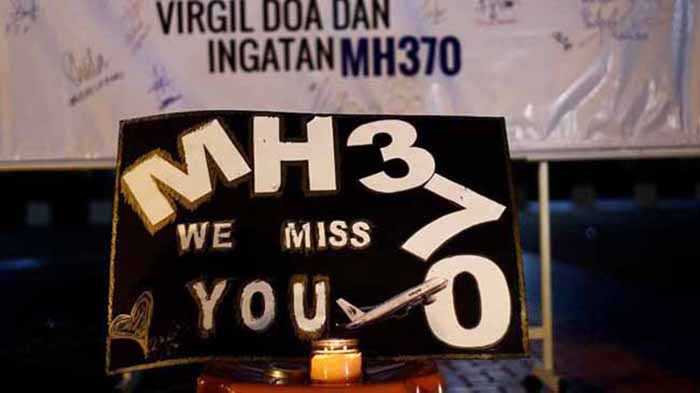 MH370's enduring mystery 'almost inconceivable', report says   BBC - October 3, 2017
Australian investigators have delivered their final report into missing Malaysia Airlines flight 370, saying it is "almost inconceivable" the aircraft has not been found. MH370 disappeared in 2014 while flying to Beijing from Kuala Lumpur with 239 people on board. The search for the jet, also involving Malaysia and China, was called off in January after 1,046 days. Australian searchers said they "deeply regretted" it had not been found. 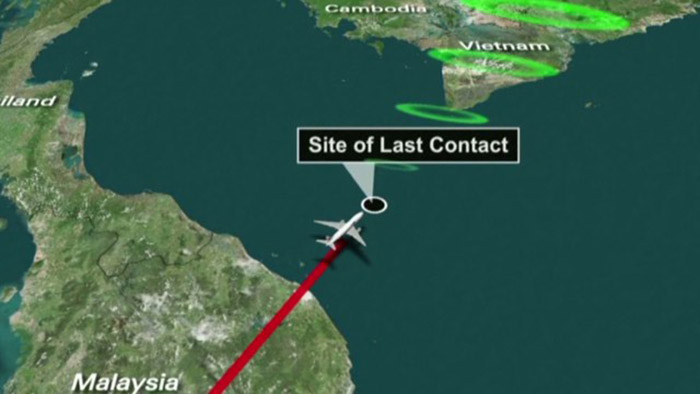 Malaysia Airlines Flight 370 (MH370/MAS370), registered as 9M-MRO, was a scheduled international passenger flight that disappeared on 8 March 2014 while flying from Kuala Lumpur International Airport, Malaysia, to its destination, Beijing Capital International Airport in China. The aircraft, a Boeing 777-200ER operated by Malaysia Airlines, last made voice contact with air traffic control at 01:19 MYT, 8 March (17:19 UTC, 7 March) when it was over the South China Sea, less than an hour after takeoff.

The aircraft disappeared from air traffic controllers' radar screens at 01:22 MYT. However, Flight 370 was still tracked on military radar as it deviated westwards from its planned flight path and crossed the Malay Peninsula. It left the range of Malaysian military radar at 02:22 while over the Andaman Sea, 200 nautical miles (370 km) north-west of Penang in north-western Malaysia. The aircraft was carrying 12 Malaysian crew members and 227 passengers from 15 nations.

The multinational search effort for the aircraft is the largest and most expensive in aviation history. The search began in the Gulf of Thailand and the South China Sea, where the aircraft's signal was last detected on secondary surveillance radar, and was soon extended to the Strait of Malacca and Andaman Sea. Analysis of satellite communications between the aircraft and Inmarsat's satellite communications network concluded that the flight continued until at least 08:19 and flew south into the southern Indian Ocean, although the precise location cannot be determined.

From October 2014 to January 2017, a comprehensive survey of 120,000 km2 (46,000 sq mi) of sea floor about 1,800 km (1,100 mi) south-west of Perth, Western Australia yielded no evidence of the aircraft. Several pieces of marine debris found on the coast of Africa and on Indian Ocean islands off the coast of Africa - the first discovered on 29 July 2015 on Reunion - have been confirmed as pieces of Flight 370. However, the bulk of the aircraft has still not been located, prompting many theories about its disappearance.

Malaysia established the Joint Investigation Team (JIT) to investigate the incident, working with foreign aviation authorities and experts. Malaysia has stated that a final report on Flight 370 will be released by the end of 2017. Neither the crew nor the aircraft's communication systems relayed a distress signal, indications of bad weather, or technical problems before the aircraft vanished. Two passengers traveling on stolen passports were investigated, but eliminated as suspects.

Malaysian police have identified the captain as the prime suspect if human intervention was the cause of the disappearance, after clearing all others on the flight of suspicious motives. Power was lost to the aircraft's satellite data unit (SDU) at some point between 01:07 and 02:03; the SDU logged onto Inmarsat's satellite communication network at 02:25 - three minutes after the aircraft left the range of radar. Based on analysis of the satellite communications, the aircraft turned south after passing north of Sumatra and the flight continued for five hours with little deviation in its track, ending when its fuel was exhausted.

With the presumed loss of all on board, Flight 370 is the second deadliest incident involving a Boeing 777 and the second deadliest incident in Malaysia Airlines' history, behind Flight 17 in both categories. Malaysia Airlines was struggling financially, a problem that was exacerbated by a decline in ticket sales after the disappearance of Flight 370 and the downing of Flight 17; the airline was re-nationalised by the end of 2014.

In response to Flight 370's disappearance, the International Civil Aviation Organization (ICAO) adopted new standards for aircraft position reporting over open ocean, extended recording time for cockpit voice recorders, and, from 2020, will require new aircraft designs to have a means to recover the flight recorders, or the information they contain, before the recorders sink below water. Read more ...