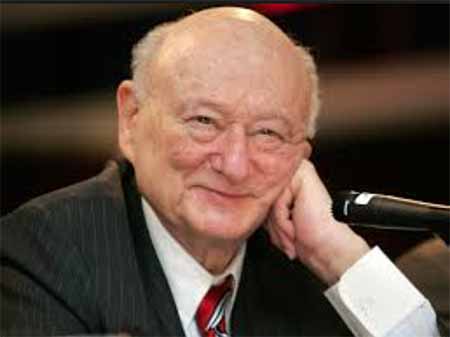 Ed Koch was an American lawyer, politician, and political commentator
who served the United States House of Representatives from 1969 to 1977
and three terms as mayor of New York City from 1978 to 1989. 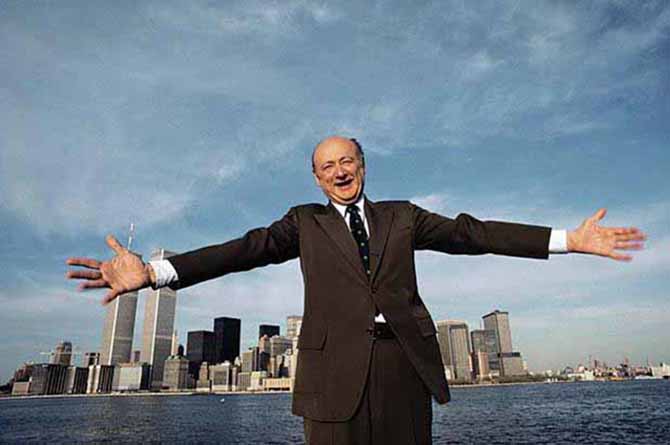 
Many of us old timers in NYC, especially in the Jewish community, remember the political odyssey of Mayor Ed Koch, the master showman of City Hall, who parlayed shrewd political instincts and plenty of chutzpah into three tumultuous terms as mayor with all the tenacity, zest and combativeness that personified his city of golden dreams. For those who spent a lifetime here - the pulse of the city is in our blood(line) - forever changing and adapting to the evolution of society.

The key (to the city) ... The past was a moment in time - The present is where your consciousness is as you read this - The future is where the dream began and awaits your return.

Though never political, I personally got to meet Mayor Koch on one occasion when a friend dragged me to a local meeting where he was addressing the people in our neighborhood on many of the same issues we face today - nothing ever really changes - it's all just recycled for the new players. When I shook Koch's hand, he had great energies and a soulful look in his eyes. For someone who loved the city as much as I did, a connection was made. Ya gotta' have a schtick and that is what Ed and I saw in each other ... always leaving them laughing.

Straight or gay ... on several occasions I heard him referred to as Mayor Crotch ... even back then, few cared as he was so charismatic. I remember him flitting from broadcast studios to luncheon meetings and speaking engagements, popping up at show openings and news conferences, wherever the microphones were live and the cameras rolling. That defined Ed till the day he died.

I remember each bout of illness he incurred - thinking It's not his time ... but in this crazy experience which currently grounds us in physical reality ... people of the heart like Ed Koch ... are finding their way home (out).

Lots of Jewish mysticism revolves around numbers as we are created by design. Ed Koch died on 2/1/2013 - the beginning or the end digits of the Fibonacci sequence. Also (2+1+2013 = 9 or endings). In truth .. we only get one life ... make the best of it. Also know that in the end ... it will all be worth the journey even if you can't see that now. 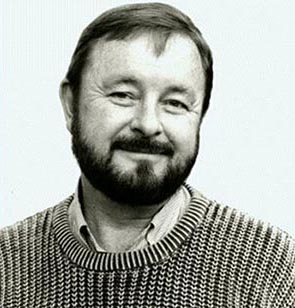 Ingo Swann, remote viewing pioneer, has passed. Prominent American psychic research subject, parapsychologist, artist, and author Ingo Swann was best known for his work as a co-creator of the discipline of remote viewing, specifically the Stargate Project. He had written several books on remote viewing and related topics.

I meet Ingo Swann, a long time ago, at a private party in the city, when I first understood that I had the natural gift of remote viewing, but never put a name to it. It would be interesting to hear about his perceptions of reality since 2013 started when the illusion began to show itself on all levels of perception. It's not as easy to remote view as it used to be in the former subroutine of the hologram.