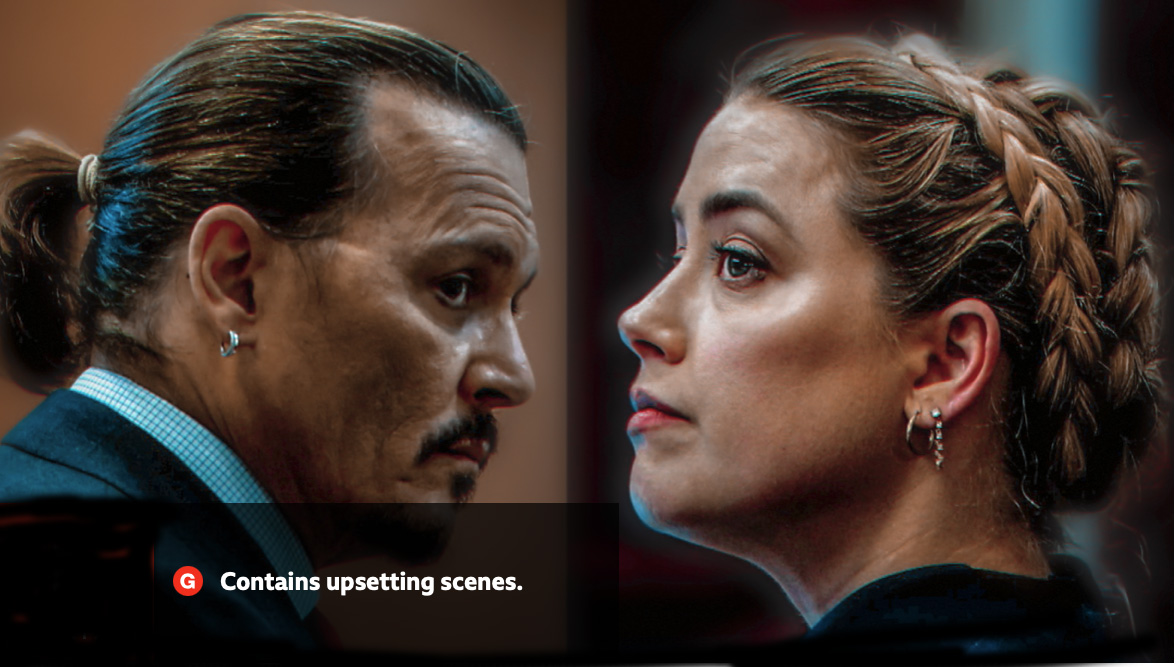 Such is the case for Johnny Depp and Amber Heard as they make their case in court after he sued her for defamation of character after she wrote an op-ed saying she was a public victim of domestic violence.

They are both crazy. His substance abuse issues should have been enough for her to leave early on if everything she claims is true. I don't think either one of them knows what they're talking about.

I know that some couples love the drama which explains a lot. They had the resources to split long before they did so why didn't she leave? The answer is ... this is their programming as it is with so many abusive couples.

I don't like the fact that he smirks in and out of court like the cat who swallowed the canary while munching on gummy bears and other sugar products. Since when is eating permitted in a courtroom?

He's totally attention-seeking and that would make him narcissistic besides other emotional problems that stem from his childhood.

Most of what she says is a performance or a photo-op.

I've never liked either one of them and I still don't. Waste of time and energy. Not really following it. It's all about money and sticking it to the other person.

The world is faced with so many pressing issues this is ridiculous. They should donate the $50 million in question to helping the people of Ukraine as it has been three months since Russian invaded hat country.

This is a diversion as are most things in reality. Next.

Depp vs. Heard was a brutal battle between two former opponents over many issues in a time where so many other serious things are going on and should never have highlighted the media as long as it did.

Just as our simulation learns through human emotions so too do humans love their soap operas on and off the screen. It's all projected Illusion but the human drama makes it "feel" real.

Monday I posted that Depp looks happier than Heard when the defamation suit ends ... and he did while over in London as the Queen Elizabeth II's Jubilee began.

The trial ended along with Mercury Retrograde.


If you are in a dysfunctional relationship let it go as you bring out the worst in each other and everybody loses in the end. Not everyone can handle the pressures and expectations of a relationship. It's just too overwhelming particularly in today's world. Either it works or it doesn't. Spring is the time it ends.