Crime and Chaos on the Belt Parkway 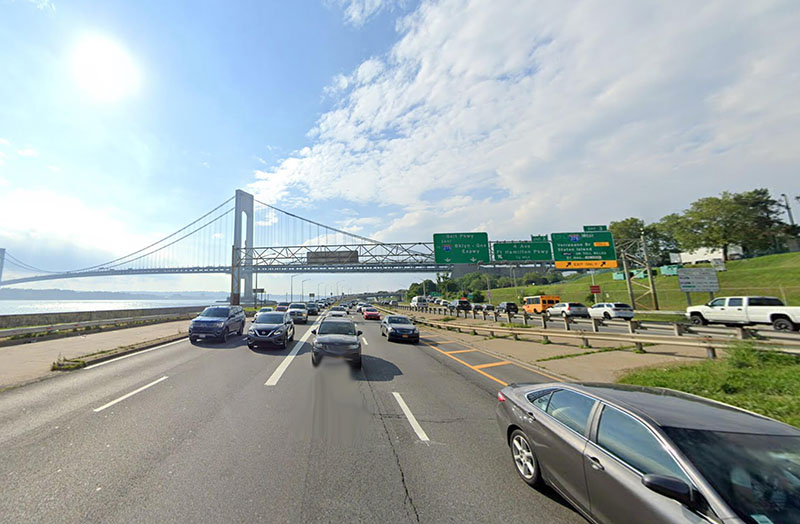 I live in Bay Ridge, Brooklyn off Exit 2 on the Belt Parkway as many of you know from my pictures over the past 26 years. Driving east there is NO Exit 3 - but heading west Exit 3 is the Verrazzano Bridge Entrance. Exit 4 is Dyker Heights (14th Avenue). Exit 5 (Bay Parkway or Bay Eighth Street) is Bensonhurst.

Thursday afternoon I heard the sounds of sirens and saw emergency vehicles racing along the Belt Parkway followed by traffic coming to a standstill heading east towards Queens and Long Island. I didn't think much about it as I was busy with other things until my friend Diane called and told me to put on the TV as there was a police shooting on the Belt Parkway near Bay Parkway.

By that time it had gotten dark (sunset is 4:40) as I watched events unfold on TV. Traffic was backed up for hours as a result - drivers diverted to the streets bringing them to a near standstill also.

The Belt Parkway East is a conduit for cars coming from NYC and other parts of Brooklyn - merging with traffic coming off the Verrazzano Bridge - and at this time of the day the start of rush hour.

Video: A 65-year-old man was shot dead by police on the Belt Parkway Thursday after he allegedly fled from a traffic-stop, crashed into a police car and pointed a gun at two uniformed officers. The wild scene unfolded when the suspect was first pulled over by a female NYPD Highway Patrol officer for speeding in a gray Jeep Cherokee in Brooklyn.

As the officer was approaching the car, the driver sped off, kicking off a chase eastbound on the Belt Parkway. The officer managed to stop in front of the suspect's car near the Verrazano Bridge - but the suspect slammed into her vehicle and drove off again. Another highway patrol cop joined the pursuit - the two officers finally pulling over the crazed driver near the Bay Parkway Exit.

The suspect hopped out of his SUV and allegedly walked towards the officers with a gun. The officers exited their vehicle and gave numerous verbal commands for the man to drop his gun but he continued towards them, prompting the officers to open fire, striking him multiple times. The suspect was taken to Lutheran Medical Center, where he was pronounced dead. The suspect has seven prior arrests, mostly vehicular crimes. 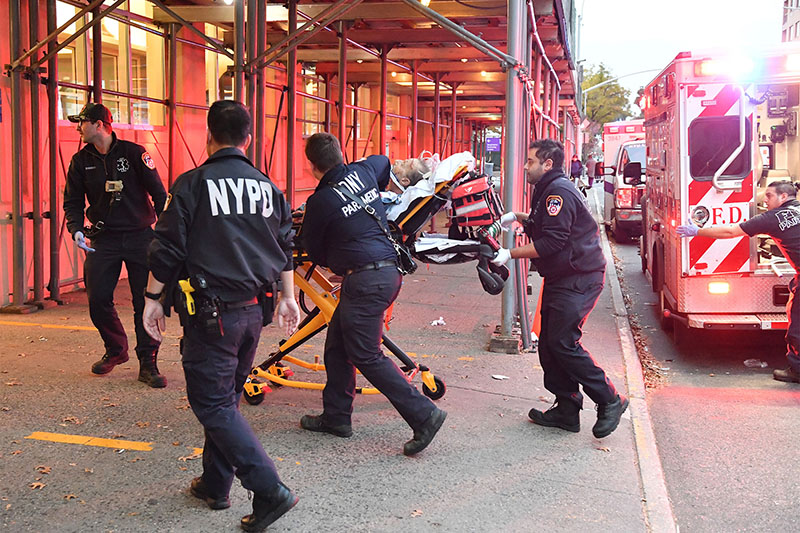