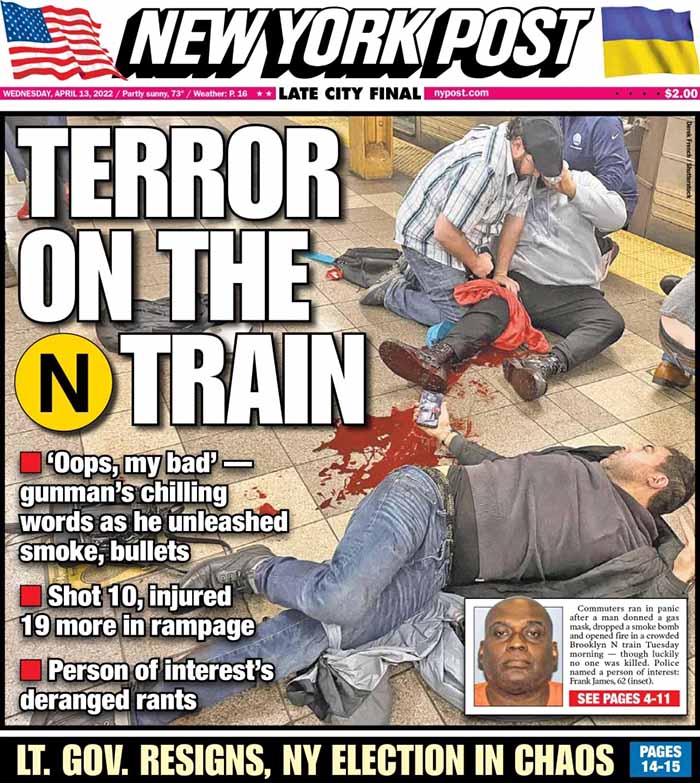 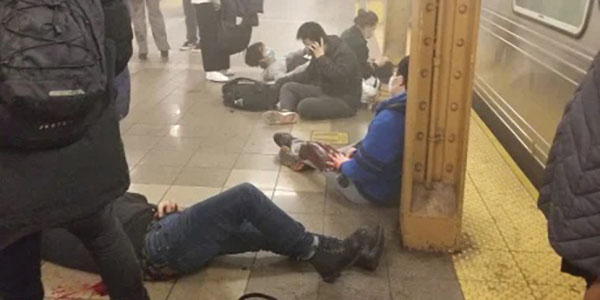 The "R" Train is the only subway line out to my home in Bay Ridge in south Brooklyn on the water. I live on 4th Avenue and 101 Street (the last stop). The incident took place on 4th Avenue and 36 Street heading north to the city. The 'R' Train is a local train that makes many stops along the way. 36th Street is the stop one gets off to transfer to the 'N' train which is an express.

Sunset Park is the community north of Bay Ridge. It's basically a quiet area where many of my clients live - the majority of whom are Hispanic. So far I don't know anyone who was on the train today but I can't be sure.

I consider subways unsafe and unsanitary. The last time I had been on a subway was 1983 when a man got off at 34th Street in Manhattan and exposed himself right there on the platform as the train pulled away and I sat there in disbelief. This was my first subway ride since college (NYU) when things were safer. It would be my last. Later that day I took a car service home to Brooklyn and only travel by car. Friends who used to take the subway have stopped in recent years especially after Covid when one female friend said she got on the train to go two stops and she described it as a petri dish so she got off and took an Uber.

Today's incident speaks to the mental health issues I told you were going to accelerate in end times. Remember the four C's - covid, climate, crime, and chaos (war). All are here as predicted as we wait and watch for a final outcome. I think I may to add another 'C' word - 'cyber' because I see it coming.

Tuesday's chaos in Brooklyn showed how many people rise to the occasion to help others who were injured emotionally and physically. The perpetrator will be caught as information comes in, life goes on, and we move to a big holiday weekend.

30 hours after the incident ... Frank James, the suspect in the Brooklyn subway train shooting called in the tip that led to his arrest in the East Village 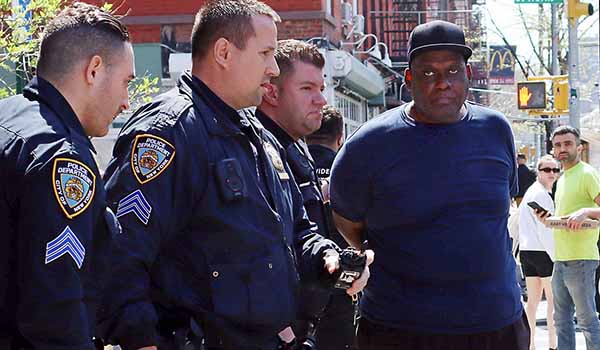 It's sad that the system failed Frank over and over again. More unfortunate is that we have a whole country filled with mental ill people just like him.