In November of 1996 I received a video about World War II Germany pre and post and a secret organization named Vril its name linked to Atlantean time lines and one of its language composed of sounds and clicks.

The video mentioned that in Germany at the turn of the century and particularly after WW I many secret societies developed. One of these groups was the Vril Society.

In 1917 four members of the Vril society met in a cafe in Vienna. There was one woman and three men. The woman was a 'spiritual medium'. They met under a veil of mystery and secrecy. They discussed secret revelations, the coming of the new age, the Spear of Destiny, the magical violet black stone, and making contact with ancient peoples and distant worlds.

Their source of power was the Black Sun, an infinite beam of light which, though invisible to the human eye, exists in anti-matter.

The Vril emblem became the Black Sun, a secret philosophy thousand of years old provided the foundation on which the occult practioners of the Third Reich would later build. The Black Sun symbol can be found in many Babylonian and Assyrian places of worship. They depicted the Black Sun - the godhead's inner light in the form of a cross. This was not much different from the German's Knight's Cross.

The woman allegedly channeled information from aliens after which the Thule Society was created. they went on to build something called the Vril Machine. It allegedly was a saucer shape interdimensional time travel machine. Their first flight was allegedly in 1934.


Much of their work took place in the Black Forest. 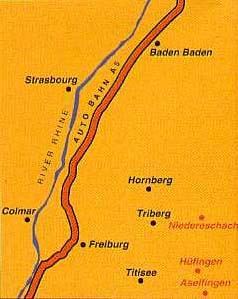 Thule Society members were allegedly the first group to attempt the back-engineering of an extraterrestrial spacecraft. "A German writer, John Von Helsing, describes the discovery of a crashed saucer in the Black Forest in 1936 and says that this technology was taken and combined with the information the Vril Society had received through channeling and was made into a further project called the Haunebu.

German aircraft historian Henry Stevens states, "Haunebu 1 was allegedly the first large flying saucer developed in Germany. According to plans allegedly obtained from classified German SS files, the Haunebu 1 was approximately seventy-five feet in diameter and probably lifted off for the first time in August 1939, a few weeks before the outbreak of World War II.


The Coming Race (original title), also reprinted as Vril: The Power of the Coming Race is a novel published in 1870 by Edward Bulwer-Lytton. The novel is an early example of science fiction, sometimes cited as the first of this genre. However, many early readers believed that its account of a superior subterranean master race and the energy-form called Vril was accurate, to the extent that some theosophists accepted the book as truth. Furthermore, since 1960 there is a conspiracy theory about a secret Vril-Society.

The origins of the Nazi version of the theory of the master race were in 19th century racial theories of Count Arthur de Gobineau, who argued that cultures degenerate when distinct races mix. It was believed at this time that southern European peoples were racially mixed with non-European Moors from across the Mediterranean Sea, while Northern Europeans remained pure. Proponents of Nordic theory further argued that Nordic peoples had developed innate toughness and determination due to the harsh, challenging climate in which they evolved. Thus the racial ideal of these theorists was the tall, blond and blue-eyed Nordic individual.

The German philosopher Arthur Schopenhauer was one of the earliest proponents of the theory presenting a hierarchical racial model of history, attributing civilizational primacy to the "white races" who gained their sensitivity and intelligence by refinement in the rigorous North:

The highest civilization and culture, apart from the ancient Indians and Egyptians, are found exclusively among the white races; and even with many dark peoples, the ruling caste or race is fairer in colour than the rest and has, therefore, evidently immigrated, for example, the Brahmans, the Incas, and the rulers of the South Sea Islands. All this is due to the fact that necessity is the mother of invention because those tribes that emigrated early to the north, and there gradually became white, had to develop all their intellectual powers and invent and perfect all the arts in their struggle with need, want and misery, which in their many forms were brought about by the climate. This they had to do in order to make up for the parsimony of nature and out of it all came their high civilization.

Nevertheless, such theorists usually accepted that considerable variety of hair and eye colour existed even within the racial categories they recognised. Contrary to a popular myth, the Nazis themselves did not discriminate against Germans who were not blonde or blue-eyed, or had only one of these features. Adolf Hitler and most Nazi officials (not to mention most Germans at the time) had dark hair and were considered to be "Aryans."

The postulated superiority of these people was said to make them born leaders, or a "master race". Other authors included Guido von List (and his associate Lanz von Liebenfels) and the British racial theorist Houston Stewart Chamberlain, all of whom felt that the white race and Germanic peoples were superior to others, and that given the purification of the white race and German people from the races who were "polluting" it, a new Millenarian age of Aryan god-men would arrive.

The term Aryan derives from the ancient peoples who lived in Iran (see also Iranian peoples) and the Indus Valley. Following the ideas of Gobineau and others, the Nazi theorist Alfred Rosenberg claimed that these were a dynamic warrior people who originated in northern climates, from which they migrated south, eventually reaching India. They were supposed to be the ancestors of the ancient Germanic tribes, who shared their warrior values. Building from Nietzsche, who stated Ňit is quite in order that we possess no religion of oppressed Aryan races, for that is a contradiction: a master race is either on top or it is destroyedÓ (The Will to Power, 145), Rosenberg claimed that Christianity was an alien Semitic slave-morality inappropriate to the warrior Aryan master race and thus supported a melange of aspects of Vedic and Zoroastrian teachings, along with pre-Christian European paganism, which he considered to be distinctively Aryan in character.

In Nazi Germany, marriage of an "Aryan" with an "Untermensch" was forbidden. To maintain the purity of the Germanic master race, eugenics was practiced. In order to eliminate "defective" citizens, the T-4 Euthanasia Program was administered by Karl Brandt to rid the country of the mentally retarded or those born with genetic deficiencies, as well as those deemed to be racially inferior. Additionally, a program of compulsory sterilization was undertaken and resulted in the forced operations of hundreds of thousands of individuals. Many of these policies are generally seen as being related to what eventually became known as the Holocaust.

The concepts involved in this theory of Germanic superiority is strongly contested. Most modern scholars see no connection between Indo-European population movements and alleged "Nordic" racial characteristics.

Aryan master race ideology was common throughout the educated and literate strata of the Western world until after World War II. Such theories are commonplace in early 20th Century fantasy literature. For example, a distinct belief in the status of Aryan humanity as the "master race" underlies much of the work of fantasists such as H. P. Lovecraft and Robert E. Howard's literature. Howard's most famous creation, Conan the Barbarian is supposed to have lived between the fall of Atlantis and the "rise of the sons of Arya" (i.e. the Aryans). In his story Wings In The Night, Howard also wrote,

The ancient empires fall, the dark-skinned peoples fade and even the demons of antiquity gasp their last, but over all stands the Aryan barbarian, white-skinned, cold-eyed, dominant, the supreme fighting man of the earth.

In other cases, while the phrase "master race" itself is seldom used, the inhumane and barbaric treatment of those not belonging to the "master race" in the fictional fascisms seems to imply that such an ideology is present. S.M. Stirling's Domination of the Draka is a fictional empire which is explicitly based on the "master race" concept. After World War I in the Draka universe, the Draka citizens adopt an ideology which calls for all non-Drakan humanity to be reduced to chattel slavery.

The Chosen, from Stirling's previous General series (which no doubt inspired the Draka) portrays perhaps a more realistic look at the "master race" concept, including the consequences of such a policy on a society. The Chosen, who treat other peoples with contempt, calling them "animals", are eventually destroyed by their own slaves, the lowest of the low, despite the Chosen's superior weapons, training, and centuries of eugenic breeding. The fictional fascist "Freedom Party" that rules the Confederate States of America in Harry Turtledove's American Empire series of novels also echoes the concept.

The James Bond film Moonraker is another fictionalized account of a master race - the Adolf Hitler-like megalomanic villain Sir Hugo Drax pre-selected a diverse group of astronaut trainees to become the progenitors of a master race that will repopulate Earth after the planet has been nerve-gassed.

Similar ideas are explored in science fiction. An episode of The X-Files is entitled Herrenvolk. It presents the story of Nazi scientists saved by Americans after the War - during the Operation Paperclip - and their connections with aliens, which led them to successfully create a superior race of alien/men hybrids. Likewise, in The Other Side, an episode of Stargate SG-1, the Eurondans are portrayed as white supremacists who have created a purified Nordic-like population, planning to annihilate other peoples, who they refer to as "Breeders" because of their indiscriminate breeding, in rejection of eugenics.