40th Anniversary of the Opening of the Verrazano Bridge 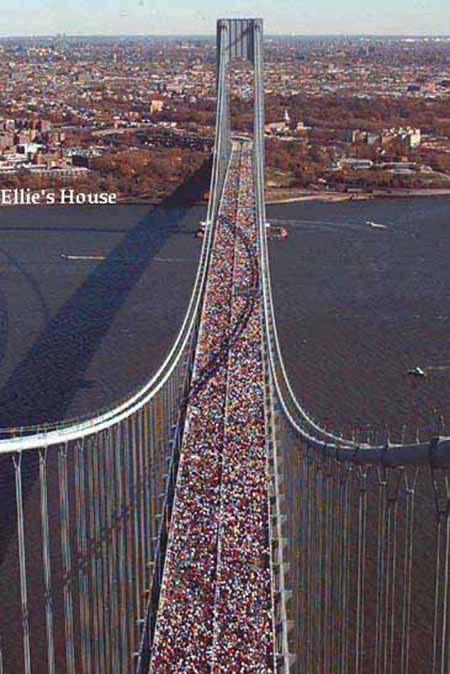 I live in Bay Ridge, Brooklyn - the Verrazano Bridge part of my experiences on many levels. Today is a special day as the bridge celebrates the 40th year of its opening. By coincidence - there are 40 days left to the year.

40 is an important Number. 40=4=humanity's movement through the illusion of time. The 4 elements surround the bridge as will take the class on at least one sacred journey on this day.

40 years ago - I was 21 years old - teaching first grade in a Brooklyn elementary school - completing my masters in Psychology at NYU - and recently married.

The day of the opening - my husband, Ralph, and I, drove over the Verrazano Bridge. We had a new Mercury convertible - making the view more compelling.

It was a very exciting moment - like pioneers discovering uncharted territory.

I remember the energies of the bridge calling to me and feeling that this bridge would play a part in my greater destiny - somewhere in the future - though I was not sure how.

To this day - I always drive on the upper level of the bridge - to gaZe upon the giant expanse as if linking 'above and below' - especially when I reach the middle of the bridge. 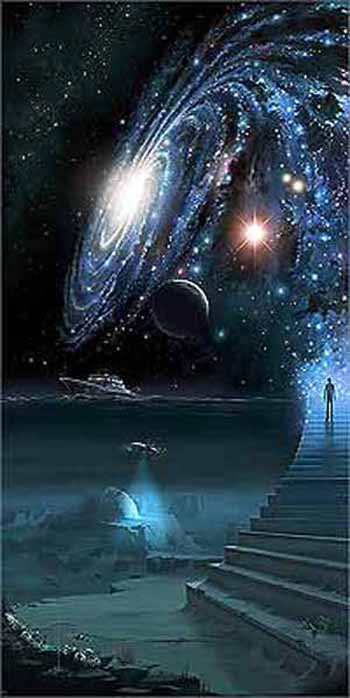 It feels like a stairway - stare - eyes - to heaven.

When the bridge opened - many Brooklyn families decided to move out of overly populated areas - to Staten Island - as new construction was booming.

Many of my friends were buying houses in Staten Island - yet Ralph and I did not feel we belonged there - eventually buying a house in Manhattan Beach, Brooklyn, not far from the bridge.

To this day many families leave Brooklyn for Staten Island - but it has become more trendy to continue on through Staten Island - crossing over either the Outer Bridge or Goethals Bridge - into New Jersey - away from urban life.

The planet grows ever smaller as we expand the means in which we navigate through its boundaries ... space and beyond - the final frontier.

It left scars across Bay Ridge and forever changed the face of Staten Island.

Today marks the 40th anniversary of the opening of the Verrazano-Narrows Bridge.

An engineering marvel, the 4,260-foot span linking Brooklyn to Staten Island took five years to build and required the labor of more than 12,000 workers.

To celebrate their work and its impact, the Brooklyn Historical Society and the Staten Island Institute of Arts and Sciences have opened exhibitions detailing the planning, construction and impact of the bridge.

The exhibits feature photographs, drawings, models, artifacts and even oral history provided by workers and those who were there for the opening ceremony.

Folks like George Scarpelli, now 61, who with six college buddies took turns sitting in a 1959 Cadillac parked for more than a week at the toll booth, waiting for the bridge to open.

"We wanted to be the first, and we were," said Scarpelli.

But for all the lightheartedness of that moment, the bridge was and remains a vital and serious part of the New York landscape.

Almost lost in looking at the changes on the western end of the bridge was the effect its construction had on Brooklyn. More than 2,900 families, most of them in Bay Ridge, were displaced from their homes to make way for the span.

But there was no way to stop the bridge - a key portion of the Eisenhower Interstate Highway system - from being built.

"This bridge is a vital link within Interstate 278," said Verrazano-Narrows Bridge general manager Bob Tozzi. "Our most important job is keeping that link open."

Tozzi, 54, who started his career as a part-time toll taker at the Verrazano in 1969, said about 200,000 vehicles, many of them tractor-trailers, cross from Staten Island to Brooklyn every day.

Keeping that traffic moving requires some 110 Triborough Bridge & Tunnel Authority police officers to collect tolls and patrol the bridge and the areas that surround it. Since the attacks of Sept. 11, 2001, the lower level of the bridge has been closed to all truck traffic.

"And we are especially cautious now when vehicles break down on the bridge," said Tozzi. "It's a product of the times."

About 30 civilian TBTA workers comprise the maintenance crews - electricians, plumbers, painters and those who plow the snow, fill the potholes and change the 700 lightbulbs on the span.Ever since construction began in 1959, the Verrazano has been a neighborhood source of curiosity and wonder.

"I can still hear the sounds of the diesel engines as cable spun out," recalled Tozzi, who would ride his bicycle from Bensonhurst to check on the progress.

The Verrazano has been the subject of books, and it provided the plot-line obsession for John Travolta in the hit movie "Saturday Night Fever."

And it will remain a part of the New York landscape for years to come.

1. The Verrazano was designed by Othmar Ammann, who had previously designed the Triboro, Whitestone, Throgs Neck, George Washington and Bayonne bridges.

2. 4,620 feet between towers, the Verrazano was the longest suspension bridge in the world when it opened in 1964. It held that distinction for 17 years. It is still the longest in the U.S., but there are now bridges with longer main spans in Japan, Turkey, Denmark and Britain.

3.The road deck in the center of the bridge rises and falls 12 feet between winter and summer.

4. In 1964, the toll for cars was 50 cents in each direction. Now the $8 toll is collected only from westbound vehicles (it's $7 for E-ZPass users and $4 for Staten Island residents with E-ZPass).

6. It was the bridge John Travolta's character Tony Manero was obsessed with in ŇSaturday Night FeverÓ - and where one of his friends jumps off and dies.

7. Each tower weighs 27,000 tons and is held together with 3 million rivets and 1 million bolts. Together, they contain as much steel as the Empire State Building.

8. Each of the four cables, which measure 7,205 feet long and 36 inches in diameter, was made from 143,000 miles of pencil-thin wire - more than half the distance to the moon if laid end to end.

9. It's the starting point each year for the New York City Marathon.