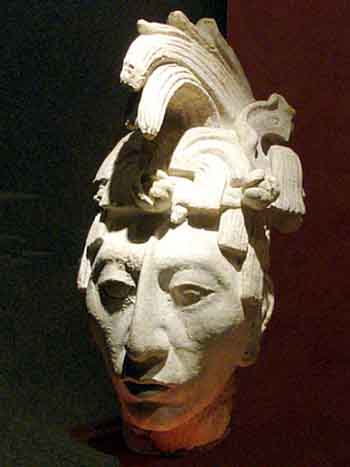 K'inich Janaab' Pakal (March 23, 603 - August 28, 683) was ruler of the Maya polity of Palenque in the Late Classic period of pre-Columbian Mesoamerican chronology. During his 68 year reign, Pakal was responsible for the construction or extension of some of Palenque's most notable surviving inscriptions and monumental architecture. 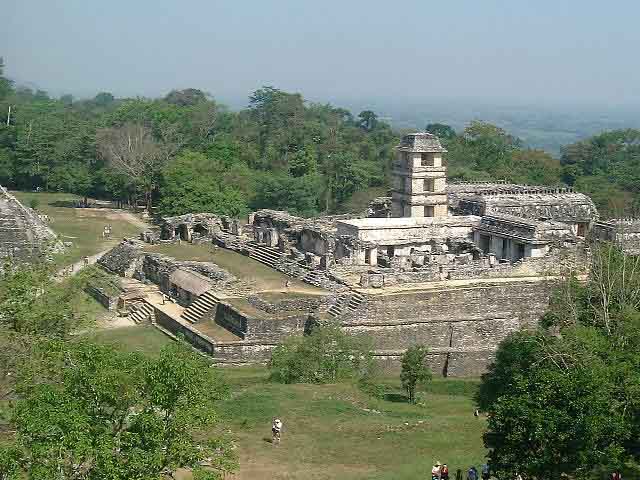 After his death, Pakal was deified and said to communicate with his descendants.

Pakal was buried within the Temple of Inscriptions, his tomb discovered in 1948. 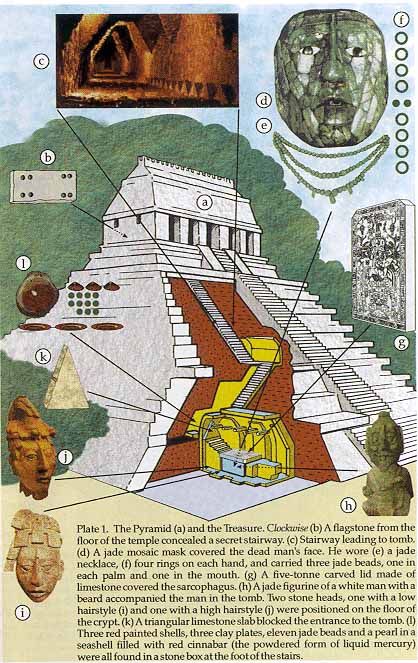 It took four years to clear the rubble from the stairway leading down to the tomb. 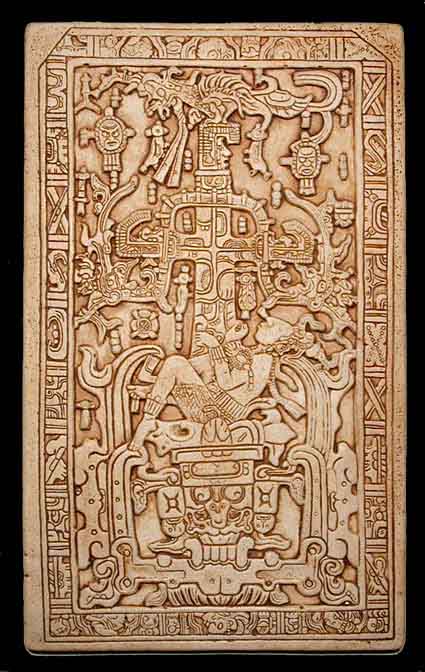 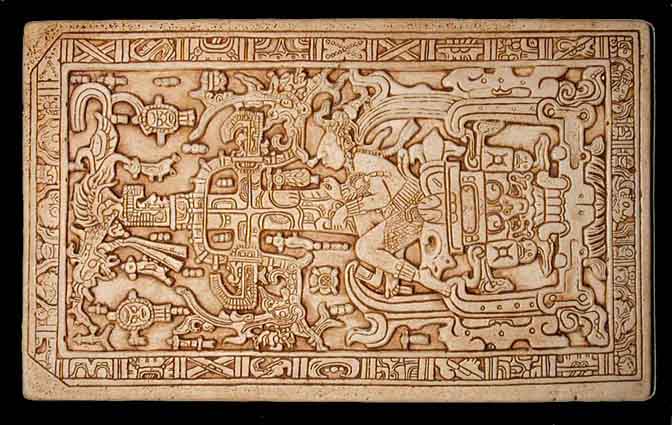 Interpretation 1 :: The widely accepted interpretation of the lid is that Pakal is descending into Xibalba, the Maya underworld. Around the edges of the lid are glyphs representing the Sun, the Moon, Venus, and various constellations, locating this event in the nighttime sky. Below him is the Maya water god, who guards the underworld. Beneath Pakal are the "unfolded" jaws of a dragon or serpent, which Pakal is escaping from, ascending towards the World Tree (Tree of Life). 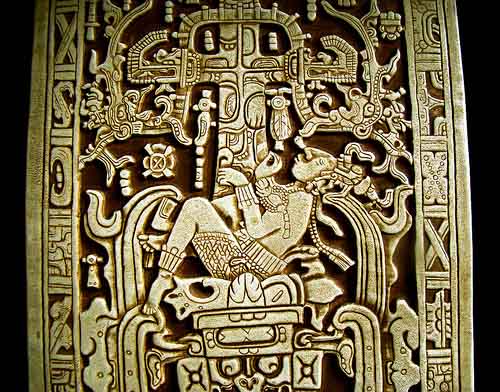 Interpretation 2 :: Erich von Daniken believes this depicts evidence of extraterrestrial influence on ancient Mayans. King Pakal prepares for space travel. He sits on a chair bending forward, his foot on a pedal, his hands manipulating the controls, and his nose is on a breathing apparatus. The rear portion is separated from him and you see a flame like an exhaust.

Interpretation 3 :: The sarcophagus lid depicts Pakal as he falls into the open mouth of death, where he breaths in a "black hole" and moves into creation ...


This is a simple exercise from Z ... and it works.

As frequency is accelerating one forgets how easy it is to tap in.

No need to meditate ... or whatever rituals one uses to connect.

You may experience something or nothing ...
but something happened above and below.