Cloud Scrying or Pareidolia involves watching cloud formations and interpreting what you see in terms of objects in physical reality. They may be animated for stationary but they speak to us as if messages. Most of us watch clouds images at one time or another. It is as if we are guided to look up and watch the patterns unfold at a given time. Fluffy cumulous clouds bring messages, which sometimes seem to tell an unfolding story. While flying on an airplane, it is fun to watch the clouds from above as if celestial art.

Throughout history symbols of political or religious importance have been seen in the clouds. In A.D. 312 when Emperor Constantine was marching against the army of Maxentius at Rome, both he and his entire army saw a shining cross of light amid the clouds. It was said the cross contained the Greek words "By This Conquer". Later that night Christ appeared to Constantine in his dreams bearing a cross in his hand ordering Constantine to have a military standard made in the same image. Under this standard his outnumbered army was victorious. Down through history entire military battles have been witnessed in the clouds. 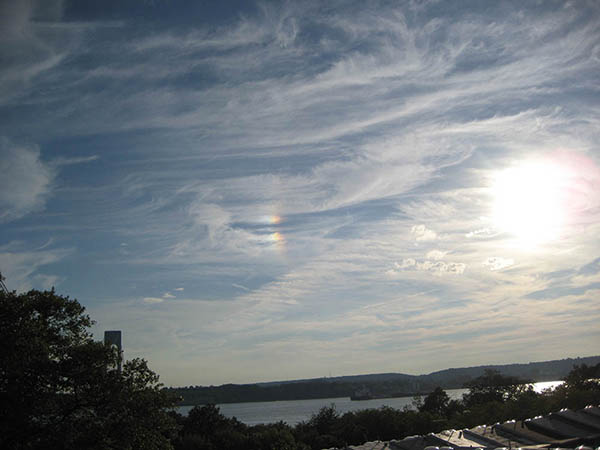 The Rainbow and the Stork 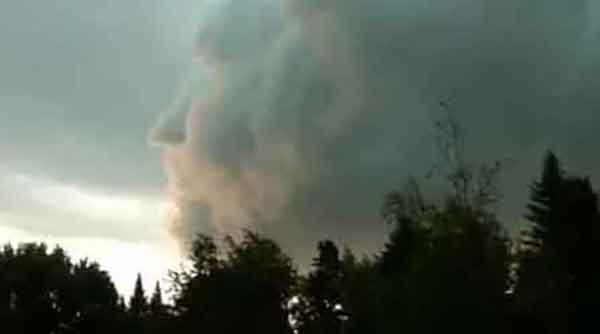 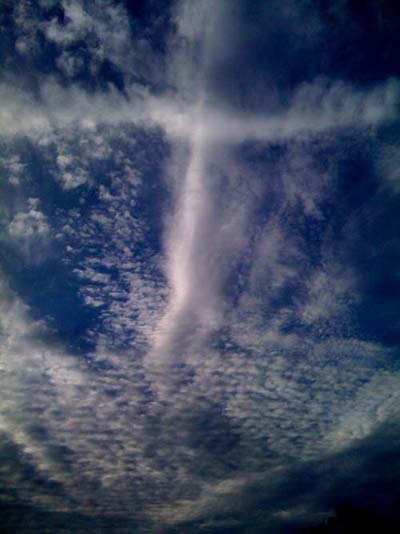 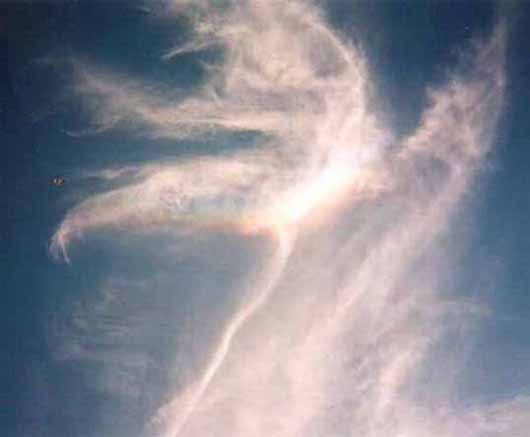 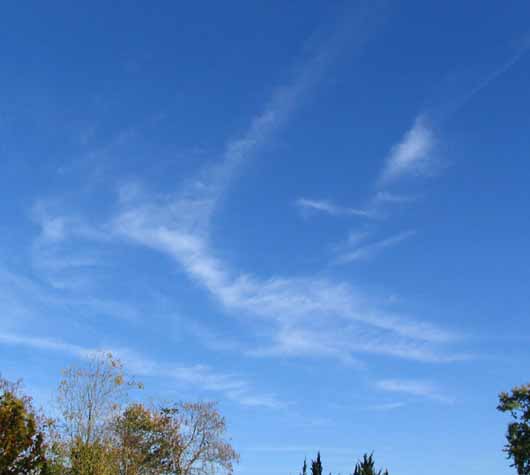