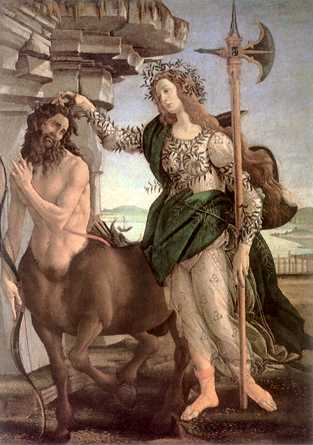 Today I saw the film, The Passions of The Christ. The film has subtitles, as they speak Latin and Aramaic, which didn't allow me to get into the emotions of the characters. My eyes went from reading text to watching the scenes to being closed during the torture scenes. The plot involves the time line after the Last Supper, which is seen in flashback, till the Resurrection. Jesus looks smug at the end...and I knew ... the timing of this movie coincides with the waking of souls to an End Time and the return of Savior...or so it seems.

Christ is a level of consciousness or frequency. The Star of David is a frequency, merge of male and female, the flower of life, Kabbalah, Merkabah, rotation and spin of consciousness from one level to another.

Technology and Science evolve as is needed to remember and awaken.

'Matrix' allowed us to understand that reality is based on Simulation Hypothesis - Holographic Universe Theory . We exist in virtual reality as projected illusions having emotional experiences in linear time.

We watch Reality Programs to understand and vicariously experience negative emotions and the fear factor. Is that who we are as a soul group, dysfunctional? Can human consciousness ever fully awaken if most souls remain trapped in 3D games?

Our program will close suddenly, Uranus, Age of Aquarius. For those who pay attention, they can see the integrity of the grids disintegrating.

All must be destroyed to recreate, Consciousness Creation.

All souls will be reconciled back into the spiraling source of consciousness creation, the light. All ego identity will be lost, as it never existed. The pain and suffering will end.

Those who understand the program are quickly awakening. They are the creators.

There will be lots of talk about 'wounds' and 'The Wounded Healer', especially with the 'release' new movie "The Passions of the Christ". The world is now recognizing and dealing with physical and emotional pain, fear and other related emotions. The word 'release' is most important to free the soul and restore balance. In so doing, many people need to experience these emotions personally.

Jesus, who came to me on my birthday, a time of rebirth, is part of a sacred bloodline, as is Sarah in Sarah and Alexander.

Souls seek their spiritual connection, with self, a savior, God, Christ consciousness, all of which are labels, and all of who have promised to return and save us at some End Time of light and revelation.

But what does that mean? Return to do what? Save the wounded souls from what? Lead them where?

This is all about the 'wounds' of the 3D experience giving way to balance and movement to higher levels of consciousness. It is about letting go of the ties that bind you to the emotions of the physical realms and the rebirth of your soul/consciousness in higher light, higher frequency of thought and understanding.

Saviors, such as Jesus, seemed to have experienced great pain and suffering, wounds inflicted and imprinted on their soul marker. It would seem that you must think of saviors as sharing your pain and suffering so they may understand the human experience, after which we resurrect and rise passed the physical experience.

Human consciousness has come into awareness that it is dysfunctional and needs healing to create balance. It is where we are as a race created to experience emotions which go from love to the pain inflicted by the wounds we and those around us create. It is in truth all about growth and experience which is why we often feel abandoned by our god-figure who allows us to suffer.

We spend much of our time healing our wounds. We come to metaphysics for answers we cannot find in the world, for our souls know the truth is not in the physical.

Wounds are thought to be burned away by the sacred flame that ignite the spirit and the return of the Phoenix. One often speaks of burning off karmic ribbons and healing wounds with the Violet Flame.

Those who heal their wounds, become the healers...

But...can we become healers if we have not been wounded? It would seem that most healers have experienced great pain and suffering and are here to help others release their pain and create balance. The 'wounds', of many lifetimes need to heal.... This is the spiritual pulse of the world grid.

But what happens when the Wounded Healer is healed and has had enough drama with healing? It is then they are shown the truth behind the illusion of reality.

It is the person who has gone through suffering, sometimes great, and as a result of that process has become a source of great wisdom, healing power and inspiration for others. In fact, the archetypal wounded healer undergoes a transformation as a result of their wound, their suffering and pain. They can actually transcend it, and successfully lead themselves to a path of service. It is as if the wound itself helps you drive yourself to an inner journey that becomes the transformation itself. One strips away the selfish, ego-based feeling of being all alone in our wound and expands to see others and how if one chooses a different role, one can help.

The Wounded Healer is often the Victim, He who must suffer the wounds of life to understand. Do you set yourself up to be a victim?

There are many wounded healers that we all know, once we start to think about it. Christopher Reeve, 'Superman', became paralyzed and is now a champion in fighting and researching how to cure such spinal paralysis. Lance Armstrong has continued to win cycling tournaments and is a fundraiser for cancer. They have gone beyond their illness and suffering, and it does not define them, despite the fact that their wound might still be visible.

Many women who have survived breast cancer go on to lead support groups, sharing their counsel and experience in service to heal and help others.

The doctor is effective only when he himself is affected. Only the wounded physician heals. But when the doctor wears his personality like a coat of armor, he has no effect. , Carl Jung: Wounded Healer of the Soul.

Carl Jung's archetype of The Wounded Healer originated with the Greek myth of Chiron who was physically wounded, and by way of overcoming the pain of his own wounds Chiron became the compassionate teacher of healing.

Contemporary psychotherapists latched on to the concept of this archetype and soon began to see themselves as 'The Wounded Healer' in their societies, whereby they use the pain of their own life experiences to facilitate the mental health and healing of others.

'The Wounded Healer' that Carl Jung was referring to, is the teacher who is able to self-empower others to trust themselves to the extent that they finally give themselves permission to FEEL that which has been too fearfully painful for the emotional body to cope with and FEEL.

In astrology, Chiron, is called 'The Wounded Healer'.

Since Chiron's discovery in 1977, at one time or another, the cosmic rock named Chiron has pretty much been called a, planet, planetoid, comet, and asteroid.

Since Chiron is a relative newcomer to astronomy and astrology, having only been discovered by astronomers in 1977, it's taken astrologers a while to begin getting a grasp on what effect (if any) Chiron has in the birth chart. Chiron's orbit generally lies between Saturn and Uranus.

So Chiron is sometimes described as a shamanistic bridge or link between time and space reality (the outer limit being Saturn) and the archetypal, generational, outer planets of Uranus, Neptune and Pluto.

In Greek mythology Chiron was a centaur. Centaurs were creatures who had a horse's body and legs, yet they had a human's torso and arms.

As a rule, these half-horse, half-human Centaurs had the reputation for being wild and unbridled critters, being primarily known for their insatiable sexual appetites. They belonged to the wild Dionysian crowd.

For the most part, centaurs weren't exactly on very friendly terms with mortals. The centaur, Chiron, was the exception to this rule. Chiron was known as a wise teacher, healer and prophet.

The Greek mythology encircling the figure of Chiron, 'The Wounded Healer,' is of great assistance in acquiring a deeper understanding of the energies reflected by the Chiron in our sky.

Astrologers may look at the Chiron placement for one's wounds. In the birth chart, Chiron reflects the archetypal energies of the shamanic wounded healer and teacher who potentially lives within each one of us. It reflects an accidental wounding we received most often in early childhood.

Further, a Chironian wound is an injury that will never, ever totally heal. We learn, suffer and grow from dealing with this sensitive area of wounded instinct and trust.... but the wounding will never totally heal and go away. This Chironian wounding can then, later in life and after much personal struggle, become a special area where we can help others by sharing our healing and teaching powers with them.


We each have the ability and perseverance to go beyond our issues, our problems and troubles, and not have suffering label us as who we are. There are many men and women, in our lives, who are an inspiration and testimony to that.