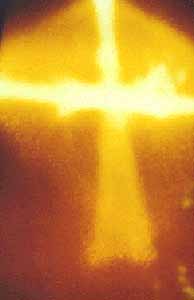 My friend Sherif called with Valentine and birthday wishes. He had just returned from Egypt, where he and his good friend Zahi Hawass spent time together. The energies of the land are as powerful as ever, but the energies of tourism are down. Fergany, the tour guide I spent time with in Egypt, has also been I touch and is looking for business. The Middle East is suffering in more ways than we read about.

Two weeks ago Sherif and I had an Sherif-Ellie dream sequence, time travel event. We have also had shared dreams in which we dream the same events at the same time though we are not together. They happen for us in the most unique ways in relation to space-time.

In the most recent dream we were somewhere talking. I turned and saw his daughter quickly giving birth to a baby due around the time of my birthday.

After I woke up, I left Sherif a voice mail about the dream and went about my day. A short time later, he called to tell me that at the same moment I had the dream, his daughter went into labor, and oddly gave birth to her first child, a girl, in 10 minutes, just when I left the voice mail.

He and I are always amazed at the synchronicities we share.

Sherif and I met on 12/12/00 - on my fateful journey to Egypt. There has always been magic and mysticism about our shared times and relationship, all in the Light.

Monday, as we spoke, my attention was drawn to the sun reflecting on the windows of the apartment building a block away. It was late afternoon on a clear day. The energies were very high. As the sunlight hit the window, it formed a giant yellow cross of light, golden and radiant, one story in height. I watched the cross which lasted until the sun moved again, a few minutes later. I realized I should have capture the images, but in the moment, the energies of the cross and my conversation with Sherif, I forgot to take a picture.

Sherif and talked about things romantic, esoteric and 3D.... Egypt and Saudi Arabia and another meeting attended in 2002. They are planning another meeting in 2004. BBC Story 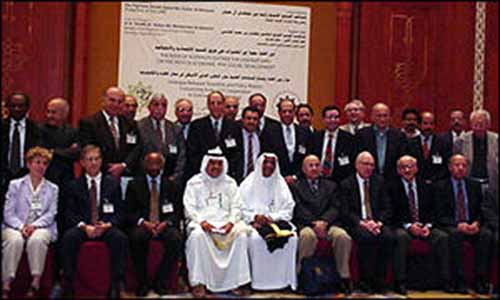 He's easy to find as he is standing under the sacred geometry symbol, 12 around 1. We laughed about that for weeks as they had asked him to sit near the sheiks, but he chose to stand and wound up randomly in that place, but then again nothing is by chance.

I read your article on Crosses of Light with some interest.

When I was a little girl, my baby brother was very, very sick. He was in a Catholic hospital and I remember sitting on a wooden bench alone in the hall while my parents were at his bed side with the doctors and nurses, and looking up for very long periods of time at the icons of Christ and the Virgin Mary.

I wondered how they could appear to be looking up at heaven and at the same time be looking down at me.

My baby brother eventually got out of the hospital, but he was still very ill, and I remember being with my parents as they took him to the Catholic doctor who had cared for him in the hospital, and sitting on a wooden bench alone in the hall while my parents were in the examining room with the doctor and his nurse, and looking for very long periods of time at crosses of light in the frosted glass window of the doctor's office.

There were three of them, but the bottom left one would at times split into two crosses of light. That must have been 1954.

Curious ... April 1954, I had my experience in the Nevada desert with my mother, when space-time stopped, a diamond shaped UFO appeared, and Z emerged from the craft. It was then I learned of my destiny and who I am.... This April 04-04-04 marks the 50th anniversary of that event.

Do I share a birthday with someone famous?
Was Jesus born on February 17th?

Happy birthday to my fellow-Aquarian! Here's wishing you a very happy day. It is my birthday as well. Thank you as always for your wonderful website, which I have enjoyed for years! Keep up the great work :-)

Wishing you a very happy birthday. I'm also a February 17th girl! Thank you for such an incredible website. Blessed Be, Colleen Faith

Happy Birthday Ellie! Today is also my mother's birthday. She lives in Jerusalem. Last Wednesday, February 11th, they had a unusual snow storm with big winds followed by a 5.0 earthquake. The schools were closed and people stayed home from work. Before the earthquake the strings on my father's guitar began to vibrate, creating eerie tones that my mother thought sounded like someone crying.

Most of the cards I received in email were Flash E-Cards which can't be posted.
I received other cards in person or by mail.
Here two cards that were especially nice sent to me in email...
Thank you all for your kind wishes. 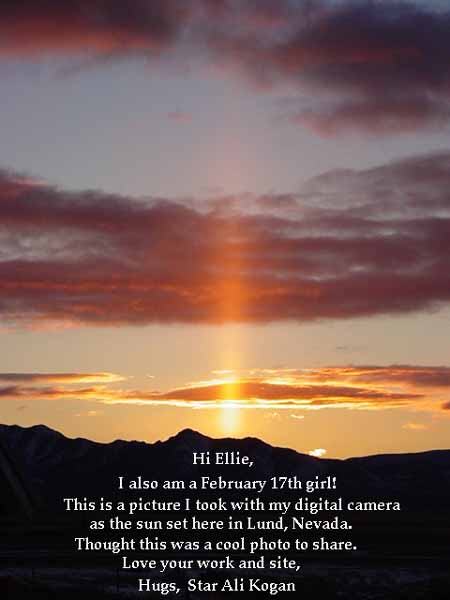 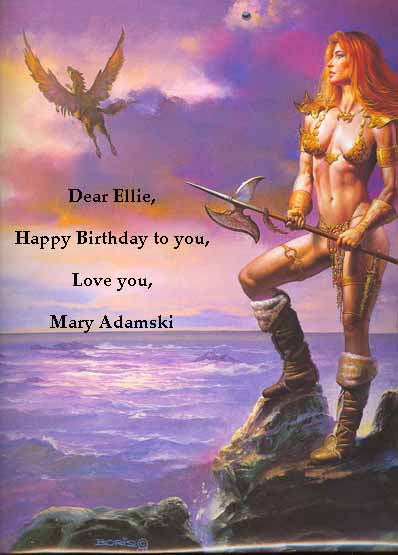 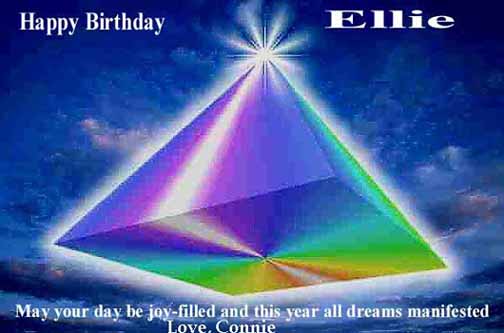 I will be spending the next chapter of my birthday 2004, celebrating with friends in Manhattan.
The family party this past Sunday was great as Michael and Dylan helped blow out the candles...
Dylan, 3, told me that there is magic in the flame! 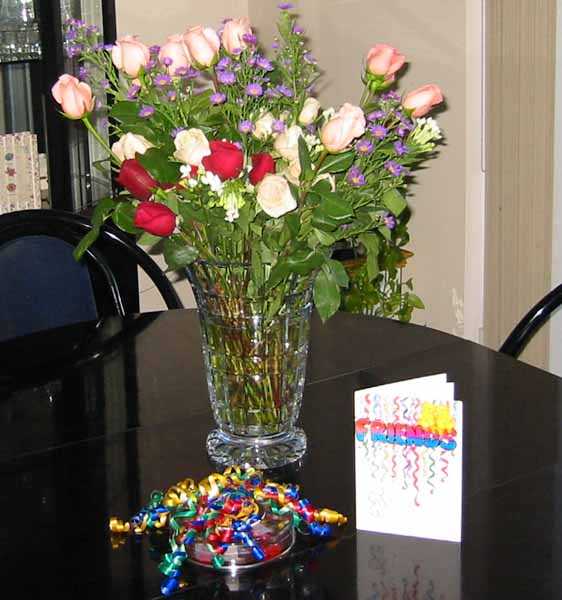