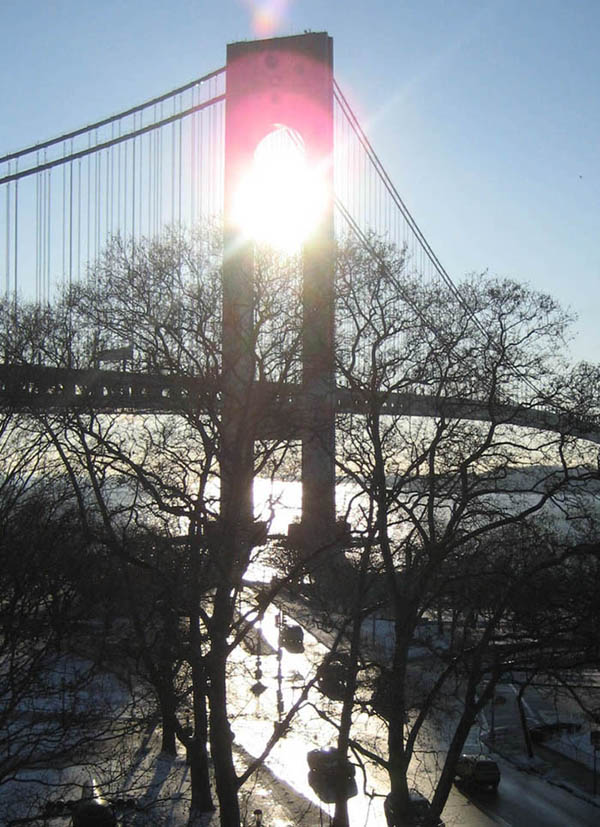 Welcome to the 2013 Winter Solstice where modern-day folks sometimes look through ancient megalithic monuments - at the position of the sun in another timeline. There are other stone monuments built more recently that take the imagination through the wormhole of time and space. You can create a "window of opportunity" at the moment of the solstice by looking through -- two tall trees, tall mountains, two tall buildings, in my case the arches of the Verrazano Bridge, etc. Be creative. Today is the shortest day of the year in the northern hemisphere, which is usually means cold weather, but as we know, nothing is as it once was, so many areas will experience spring - or even summer-like temperatures - while not far away severe and strange weather sweeps nation, threatening holiday travelers. The Winter Solstice each year signals the start of Capricorn as we soon welcome in a new year. Happy Birthday to the readers born in Capricorn. 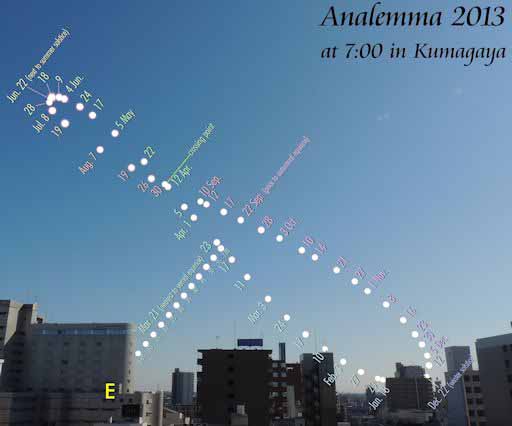 If you took a picture of the sun at the same time each day, would it remain in the same position? The answer is no, and the figure-8 shape traced out by the sun over the course of a year is called an analemma. Japanese photographer "Shiraishi" stitched together more than 50 pictures spanning 12 months to reveal the analemma of 2013 over the city of Kumagaya-shi in Saitama, Japan. His analemma project started on December solstice in 2012 and finished on December solstice in 2013. This photo contains the sun images from Jan. 18 to Dec. 22, that is, all the sun images are only in 2013. The upper and lower tips of the "8" represent the solstices - the longest and shortest days of the year. Today the Japanese sun is at the bottom. Winter has arrived! Other planets have analemmas, too. Not all are figure-8s, however. The shape depends on the tilt of the planet's spin axis and the eccentricity of its orbit around the sun. Martian analemmas resemble a teardrop, while Jupiter's analemma looks like a jelly-bean.