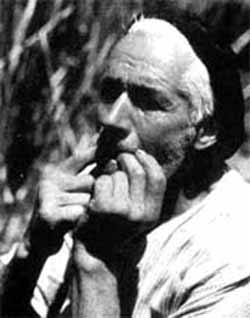 Whistled languages are a form of communication used by many indigenous people around the world. The languages differs according to whether the spoken language is tonal or not, with the whistling being either tone or articulation based. Tonal languages are stripped of articulation, leaving only suprasegmental features such as duration and tone, and when whistled retain the spoken melodic line. In non-tonal languages, some of the articulatory features of speech are retained, though the normally timbral variations imparted by the movements of the tongue and soft palate are transformed into pitch variations.

Thus whistled languages convey phonemic information solely through tone, length, and, to a lesser extent, stress, and many phonemic distinctions of the spoken language are lost. All whistled languages share one basic characteristic: they function by varying the frequency of a simple wave-form as a function of time, generally with minimal dynamic variation, which is readily understandable since in most cases their only purpose is long-distance communication. 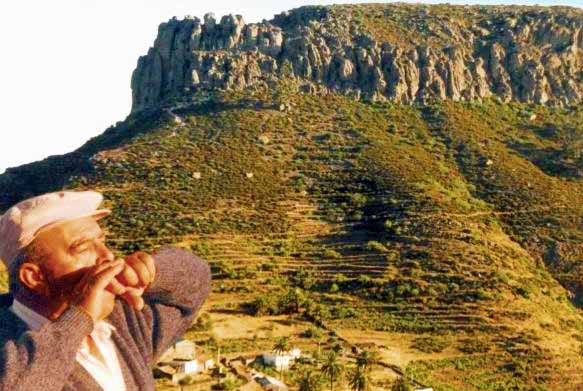 Languages communicated by whistling are relatively rare, but are known from around the world. One example is the Silbo on the island of La Gomera in the Canary Islands, which maintains Spanish's five vowels, but reduces its consonants down to four. Others exist or existed in all parts of the world including Turkey (Kuskoy "Village of the Birds"), France (the village of Aas in the Pyrenees), Mexico (the Zapotecs of Oaxaca), South America (Piraha), Asia (the Chepang of Nepal), and New Guinea. They are especially common and robust today in parts of West Africa, used widely in such populous languages as Yoruba and Ewe. Even French is whistled in some areas of western Africa.

In continental Africa, speech may be conveyed by a whistle or other musical instrument, most famously the "talking drums". However, while drums may be used by griots singing praise songs or for inter-village communication, and other instruments may be used on the radio for station identification jingles, for regular conversation at a distance whistled speech is used. As two people approach each other, one may even switch from whistled to spoken speech in mid-sentence.

In the Greek village of Antia, the entire population knows how to whistle their speech, and whistled conversations are also carried on at close range.

As the expressivity of whistled speech is limited compared to spoken speech, whistled messages typically consist of stereotyped or otherwise standardized or set expressions, are elaborately descriptive, and often have to be repeated.

However, in languages which are heavily tonal, and therefore convey much of their information through pitch even when spoken, such as Mazatec and Yoruba, extensive conversations may be whistled.

In Africa and indigenous Mexican communities, whistled language is used only by men.

Whistled languages are normally found and used in locations with abrupt relief created by difficult mountainous terrain, slow or difficult communication (no telephones), low population density and/or scattered settlements, and other isolating features such as sheepherding and cultivation of hillsides.

The main advantage of whistling speech is that it allows the speaker to cover much larger distances (typically 1Đ2 km but up to 5 km) than ordinary speech, and this is assisted by the relief found in areas where whistled languages are used. In practice, many areas with such languages work hard to preserve their ancient traditions, in the face of rapidly advancing telecommunications systems in many areas.

A whistled tone is essentially a simple oscillation (or sine wave), and thus timbral variations are impossible. Normal articulation during an ordinary lip-whistle is relatively easy though the lips move little causing a constant of labialization and making labial and labiodental consonants (p, b, m, f, etc.) impossible.

Apart from the five vowel-phonemes - and even these do not invariably have a fixed or steady pitch - all whistled speech-sound realizations are glides which are interpreted in terms of range, contour, and steepness.

In a non-tonal language, segments may be differentiated as follows:

In the case of Silbo Gomero, such strategies produce five vowels and four consonants.

Though whistled languages are not secret codes or secret languages, with the exception of a whistled language used by nanigos terrorists in Cuba during Spanish occupation, they may be used for secretive communication among outsiders or other who do not know or understand the whistled language though they may understand its spoken origin. Supposedly, in Aas during World War II farmers were nearly caught watering down their milk but police were unable to find any evidence as the farmers were warned by whistled messages of the police approaching and were able to prepare. There are similar stories of La Gomera

List is of languages that exist or existed in a whistled form, or of ethnic groups that speak such languages:

In Kabbalah, Renaissance magic, and alchemy, the language of the birds was considered a secret and perfect language and the key to perfect knowledge, sometimes also called the langue verte, or green language (Jean Julien Fulcanelli, Heinrich Cornelius Agrippa de occulta philosophia).

In the Talmud (Louis Ginzberg, Legends of the Bible, 1909), Solomon's proverbial wisdom was due to his being granted understanding of the language of birds by God.

Birds played an important role in Indo-European religion, used for divination by augurs, these customs may have their roots in the Paleolithic when during the Ice Age, early humans used to look for carrion by observing birds. From the Renaissance, it was the inspiration for some magical a priori languages, in particular musical languages.

According to Apollonius Rhodius, the figurehead of Jason's ship, the Argo, was built of oak from the sacred grove at Dodona and could speak the language of birds. The language of birds in Greek mythology may be attained by magical means. Democritus, Anaximander, Apollonius of Tyana, Tiresias, Melampus and Aesopus were all said to have understood the birds.

In Celtic mythology, birds usually represent prophetic knowledge or bloodshed (especially crows). Morrigan adopted the shape of a bird to warn the Brown Bull. Echoing stories of the Edda and the Mabinogion, Richard Wagner's Siegfried understands the birds after he tasted Fafner's blood.

The concept is also known from many folk tales (including Welsh, Russian, German, Estonian, Greek), where usually the protagonist is granted the gift of understanding the language of the birds either by some magical transformation, or as a reward for some good deed by the king of birds. The birds then inform or warn the hero about some danger or hidden treasure.

In Sufism, the language of birds is a mystical language of angels. The Conference of the Birds (mantiq at-tair) is a mystical poem of 4647 verses by the 12th century Persian poet Farid ud-Din Attar. Francis of Assisi is said to have preached to the birds.

In medieval France, the language of the birds (la langue des oiseaux) was a secret language of the Troubadours, connected with the Tarot, allegedly based on puns and symbolism drawn from homophony, e. g. an inn called au lion d'or "the Golden Lion" is allegedly "code" for au lit on dort "in the bed one sleeps" (note that this particular pun cannot be medieval, since final t was pronounced until Middle French, c.f. e.g. the 14th century loanword bonnet).

In Egyptian Arabic, hieroglyphic writing is called "the alphabet of the birds". In Ancient Egyptian itself, the hieroglyphic form of writing was given the name medu-netjer ("words of the gods" or "divine language"). 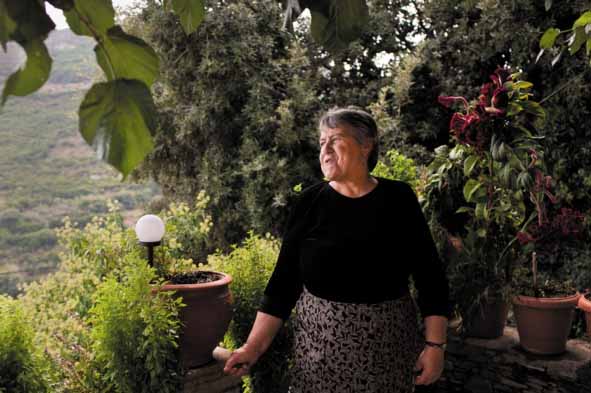 Before electronic communications became a ubiquitous part of people's lives, rural villagers created whistled versions of their native languages to speak from hillside to hillside or even house to house. Herodotus mentioned whistled languages in the fourth book of his work The Histories, but until recently linguists had done little research on the sounds and meanings of this now endangered form of communication. New investigations have discovered the presence of whistled speech all over the globe. About 70 populations worldwide communicate this way, a far greater number than the dozen or so groups that had been previously identified. Linguists have tried to promote interest in these languages - and schools in the Canary Islands now teach its local variant. A whistled language represents both a cultural heritage and a way to study how the brain processes information.


Video: The Secret Of The Strange Whistling Language Of Turkey   Huffington Post - August 19, 2015

It's called the "bird language" because it sounds, well, like the whistle of birds. But make no mistake about it: the whistling language used by villagers in one part of Turkey is a very real and complex human language. While the people of Kuskoy -- aka "Bird Village" -- speak Turkish up close, they switch to whistling to communicate over the vast distances of their community. If you look at the topography, it is clear how handy whistled communication is. You can't articulate as loud as you can whistle, so whistled language can be heard kilometers away across steep canyons and high mountains. The whistling is based on Turkish, with each sound representing a syllable.


Bizarre ÔBird Village' in Turkey features people who whistle to each other   National Monitor - August 18, 2015 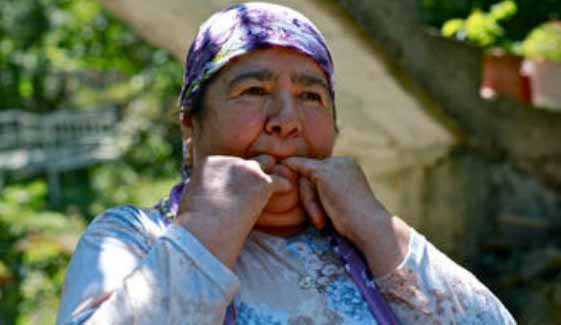 Deep in the mountains of Turkey lies the strange village of Kuskoy, where people communicate ... by whistling.The whistling is so loud throughout the area you would swear it was surrounded by birds, hence its nickname 'Bird Village', but these are people making these noises, and they''re doing it to communicate with each other, according to a Washington Post report. It's one of the only places on Earth where a complex system of whistles serves as a primary form of communication, and it is providing new insights into how scientists understand how the brain interprets language