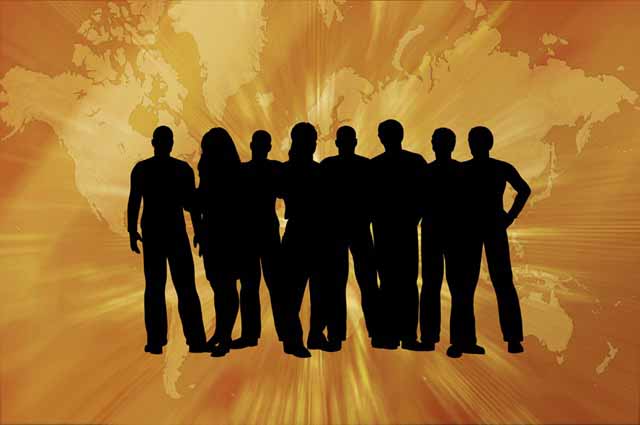 Sociology is the scientific study of society, including patterns of social relationships, social interaction, and culture. It is a social science that uses various methods of empirical investigation and critical analysis to develop a body of knowledge about social order, acceptance, and change. Many sociologists aim to conduct research that may be applied directly to social policy and welfare, while others focus primarily on refining the theoretical understanding of social processes. Subject matter ranges from the micro-sociology level of individual agency and interaction to the macro level of systems and the social structure.

The traditional focuses of sociology include social stratification, social class, social mobility, religion, secularization, law, sexuality and deviance. As all spheres of human activity are affected by the interplay between social structure and individual agency, sociology has gradually expanded its focus to other subjects, such as health, medical, economy, military and penal institutions, the Internet, education, social capital and the role of social activity in the development of scientific knowledge.

The range of social scientific methods has also expanded. Social researchers draw upon a variety of qualitative and quantitative techniques. The linguistic and cultural turns of the mid-twentieth century led to increasingly interpretative, hermeneutic, and philosophic approaches towards the analysis of society. Conversely, the end of the 1990s and the beginning of 2000s have seen the rise of new analytically, mathematically and computationally rigorous techniques, such as agent-based modeling and social network analysis.

Sociological reasoning pre-dates the foundation of the discipline. Social analysis has origins in the common stock of Western knowledge and philosophy, and has been carried out from as far back as the time of ancient Greek philosopher Plato, if not before. The origin of the survey, i.e., the collection of information from a sample of individuals, can be traced back to at least the Domesday Book in 1086, while ancient philosophers such as Confucius wrote on the importance of social roles. There is evidence of early sociology in medieval Arab writings. Some sources consider Ibn Khaldun, a 14th-century Arab Islamic scholar from North Africa (Tunisia), to have been the first sociologist and father of sociology (see Branches of the early Islamic philosophy); his Muqaddimah was perhaps the first work to advance social-scientific reasoning on social cohesion and social conflict.

was first coined in 1780 by the French essayist Emmanuel-Joseph SieyŹs (1748-1836) in an unpublished manuscript. Sociology was later defined independently by the French philosopher of science, Auguste Comte (1798-1857), in 1838. Comte used this term to describe a new way of looking at society.Comte had earlier used the term "social physics", but that had subsequently been appropriated by others, most notably the Belgian statistician Adolphe Quetelet.

Comte endeavored to unify history, psychology and economics through the scientific understanding of the social realm. Writing shortly after the malaise of the French Revolution, he proposed that social ills could be remedied through sociological positivism, an epistemological approach outlined in The Course in Positive Philosophy (1830-1842) and A General View of Positivism (1848). Comte believed a positivist stage would mark the final era, after conjectural theological and metaphysical phases, in the progression of human understanding. In observing the circular dependence of theory and observation in science, and having classified the sciences, Comte may be regarded as the first philosopher of science in the modern sense of the term =.Read more