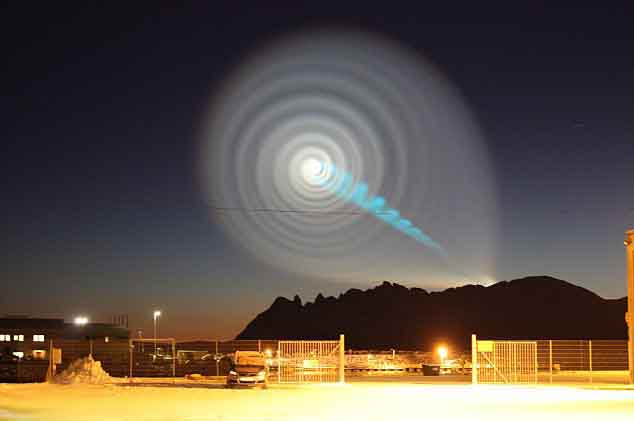 Consciousness moves in spirals, forever creating based on the patterns of Sacred Geometry.

Do you ever doodle spirals either moving away from a central point or inward stopping at a point? Do your spirals move clockwise or counterclockwise?

Hold your hand straight up in front of you, palm facing away from your body. Creating a spiraling motion. Which way does your internal clock tell you the spirals should be going? Does your move inward or outward? If you were a god or goddess, you would cup your hand in front of you and based on the direction of rotation, would create or destroy. try it with the dominate hand - the one you write with.

Each day as I blog, I wait to see if something in the news will stir a memory in my soul, or show me a signpost linked to my journey here. I used to receive messages within the geometry of the planetary grid, but in recent years things have shifted above, to the heavens where anything can appear out of the blue, and often explained scientifically. From tones in neighboring galaxies, and at the heart of our own Milky Way Galaxy, to interesting formation that catch my attention such the Norway spiral in the sky pictured above. Such is the hit I got with the NASA image below, which metaphorically speaks to me of resonating harmonics and the source of creation ... we are getting closer. 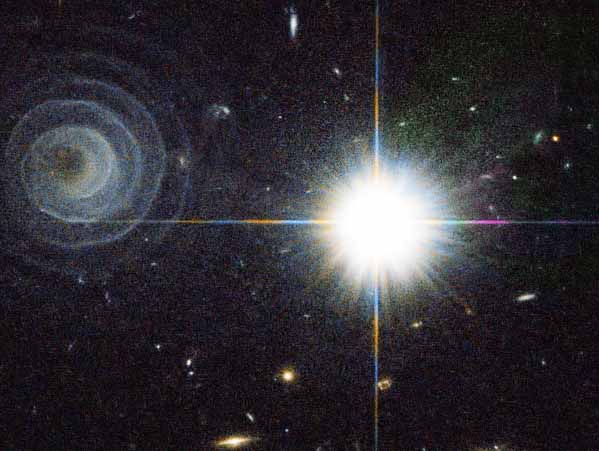 An Extraordinary Spiral from LL Pegasi

Explanation: What created the strange spiral structure on the left? No one is sure, although it is likely related to a star in a binary star system entering the planetary nebula phase, when its outer atmosphere is ejected. The huge spiral spans about a third of a light year across and, winding four or five complete turns, has a regularity that is without precedent. Given the expansion rate of the spiral gas, a new layer must appear about every 800 years, a close match to the time it takes for the two stars to orbit each other. The star system that created it is most commonly known as LL Pegasi, but also AFGL 3068. The unusual structure itself has been cataloged as IRAS 23166+1655. The above image was taken in near- infrared light by the Hubble Space Telescope. Why the spiral glows is itself a mystery, with a leading hypothesis being illumination by light reflected from nearby stars.