Who Are We Sexually Attracted To? 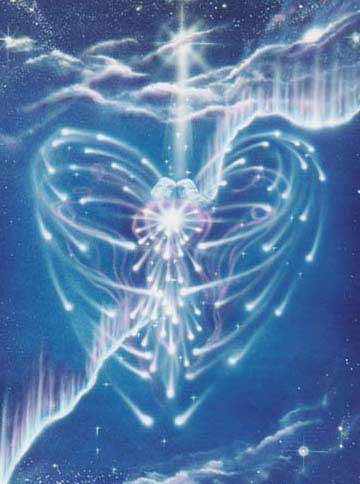 People are attracted to the way we would look if we were that other person. For example, I am a woman who would be attracted to a man who looks the way I do when I play the role of a man.

People are also attracted to the way they envision their spirit guide or what is referred to as a Twin Flame.

We are programmed to find love through sexual chemistry as the brain, which guides all of this, is an electrochemical machine here to experience love, as well as the other emotions that accompany sexual union which leads to soul reunion.


Study demonstrates sexual attraction to those who resemble our parents, ourselves   PhysOrg - July 28, 2010

Researchers reporting in the Personality and Social Psychology Bulletin last week say people are drawn to others who resemble their parents or themselves. This may explain why incest taboos are found in many cultures - to counter a natural tendency.

University of Illinois psychologist, Chris Fraley, said there had been a century-long debate on whether incest taboos are psychological or cultural adaptations designed to suppress a biological urge.

In the early 20th century Sigmund Freud, a psychoanalyst, proposed it was psychological, while Edward Westermarck, a sociologist, proposed it was cultural. Westermarck thought there was a critical time in childhood during which people would not find attractive people who were raising them or raised with them. Most modern researchers think Westermarck was correct, but a new study led by Fraley suggests there may also be a psychological component in which we align ourselves with our kin, who are genetically close to us.

The research involved three experiments. In the first, volunteers were shown pictures of strangers' faces and asked to rate them on sexual attractiveness. They were unaware that they were also being shown photographs just before the strangers' faces, and these were flashed so quickly they could only be processed subliminally.

The results of this experiment were that those who were exposed to a picture of their parent generally found the stranger's face more sexually attractive than those who were shown the photo of an unrelated person.

A second experiment used images of two faces morphed together. The control group was shown images of faces of strangers morphed together, but the other subjects were shown faces that were composites of a stranger's face and (unknowingly) up to 45% their own face. They then rated the sexual attractiveness of the morph.

In this experiment the subjects shown images containing their own face found the picture more sexually attractive. In the final experiment the volunteers were again shown composite pictures, and half were told the composites included their own faces, while the rest were not. In fact none of the composites contained the subjectsŐ faces. They were again asked to rate their sexual attractiveness.

The results showed the subjects who believed the composites contained their own image rated it as less sexually attractive than those who did not.

Fraley said all the experiments support Freud's argument that we are subconsciously attracted to features reminiscent of our own, and cultural aversions to incest were developed to override the primitive drive. So when we are aware of the relationship we are not sexually attracted, but when the awareness is bypassed we are in fact more sexually attracted to our kin.

Another explanation for the results is that our brains can simply process familiar images more easily, and Fraley said further experiments are needed to test this idea.